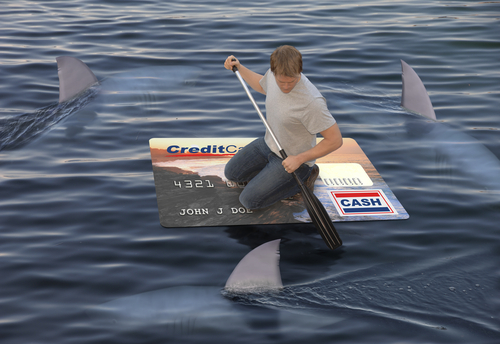 The Government's responded to lobbying from the banks and is mulling changes to credit contracts legislation it enacted little more than two years ago, specifically relating to a section involving borrowers' rights.

Commerce and Consumer Affairs Minister Paul Goldsmith has released a discussion document on credit contracts, focusing on what happens when a lender fails to properly disclose key information about the loan. Consultation on the discussion paper will run until November 28.

At this stage the Government hasn't committed to definitely making changes, with the discussion document saying that the discussion paper is designed to test different options for the amendment of section 99(1A).

"Responses will be used to determine which of the different options is most appropriate, should a decision be made by the government to amend the provision," the document says.

At the centre of the issue is the contention by banks that they might be subjected to unfair outcomes. Several alternatives to the current rules are now being put forward.

Goldsmith said a number of legal consequences resulted from a failure by a lender to make proper disclosure of key information to debtors. These included a right for the consumer to cancel the loan and a fine for the lender.

“However, under section 99(1A) of the Credit Contracts and Consumer Finance Act, the lender will forfeit the right to any interest or charges for the period during which it failed to make proper disclosure. In other words, lenders can find themselves in circumstances where they receive 0% interest on their loan.

“Concerns have been raised that this rule might lead to unfair outcomes, particularly where the information a lender fails to disclose is inconsequential to the loan or where the borrower suffers no harm," Goldsmith says.

Below is the text of section 99, with the part that has caused banks' specific concern highlighted:

(1) If disclosure is required under section 17 or section 22, no person (other than a debtor under the consumer credit contract) may, before that disclosure is made,—

(1A) Neither the debtor nor any other person is liable for the costs of borrowing in relation to any period during which the creditor has failed to comply with section 17 or 22.
(1B) The period referred to in subsection (1A)—

(a) starts on the date of the failure; and
(b) ends only at the close of the day on which the disclosure under section 17 or 22 is made.

(1C) However, subsection (1A) does not apply in relation to fees or charges payable as referred to in section 45 unless the other person, body, or agency referred to in that section is an associated person of the creditor.
(2) This section does not limit any rights that a person has in connection with a bill of exchange.

In May of this year the chief executive of banks' lobby group the New Zealand Bankers Association, Karen Scott-Howman wrote to the Ministry of Business, Innovations and Employment (MBIE) expressing concerns about about 1(A) in section 99 of the Act, stating that in the view of the banks it:

Scott-Howman said in its current form, section 99 could have "serious and harsh implications" for a lender.

NZBA suggested four potential amendments to the legislation, with its preferred option being that claims for recovery of costs for borrowers go before the courts - in essence requiring the borrower to prove they should be entitled to recover costs.

"A court may, on application of the Commission or any party to a consumer credit contract, order that the debtor or any other person is not liable for some or all of the costs of borrowing in relation to any period during which the creditor failed to comply with section 17 or 22," the NZBA said.

In the discussion document, the possibility of retaining the status quo; that is the legislation remains unchanged, is given as an option.

MBIE's stated preferred option, however, has some similarity to that most favoured by the banks, but differs in respect that the emphasis would be put on the lender to prove that they don't have to pay costs back to the borrower - rather than the other way around as suggested by NZBA.

Apart from the possibility of retaining the status quo, there are five broad options given for reform. Listed in order of the extent to which they differ from the current situation, they comprise:

In the discussion document, MBIE states that its preferred approach at this stage is "Option B", relief for disproportionate consequences.

"This option would ensure that lenders did not forfeit interest and fees where they can demonstrate to the courts that such an outcome would be disproportionate to the nature and impact of the non-disclosure. Officials consider it appropriate that lenders be the party that should have to take court action, because it is lenders who have failed to make proper disclosure, and lenders will typically find taking court action less intimidating than borrowers."