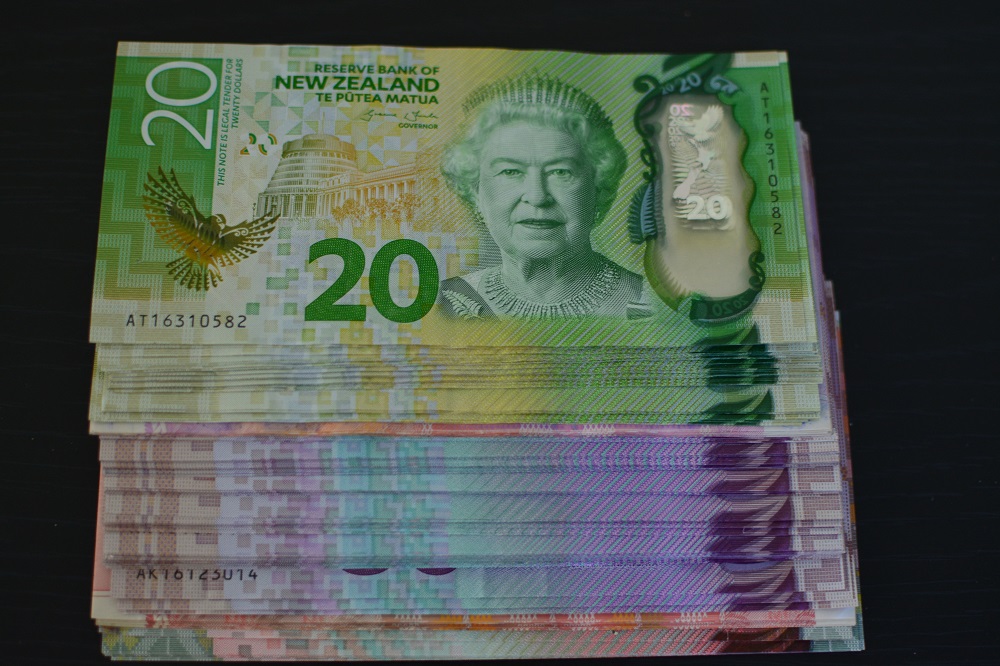 It's doubtful that characters such as the disreputable Arthur Daley from the hit 1970s and 1980s TV show Minder could have ever contemplated a future without cash, or a pocketful of 'readies'.

But these days increasingly the world is operating without cash, and the Reserve Bank is alive to that and working through what the response should be.

In its latest Financial Stability Report (FSR, the RBNZ says it has been considering the future of cash in New Zealand.

The RBNZ oversees the production and distribution of money.

It says in the latest FSR that the use of cash for transactions is declining.

"If this leads to a reduction in the acceptance of cash, it could cause problems for vulnerable people who are heavily reliant on cash."

Therefore the RBNZ is currently "undertaking analysis" to inform upcoming decisions on the appropriate future role of cash.

It also says it's going to and to assess "what government intervention, if any", is needed.

"Final decisions will only be made after consultation with all relevant stakeholders."

It is a slight oddity, but despite the apparent lack of usage of cash by people these days, the amount in circulation has continued to increase.

Figures from the RBNZ indicate that there's over $6.5 billion of notes and coins in circulation.

If any society removed cash then they would have moved further away from freedom and self determination. I can see why governments are generally for it.

Agreed. This is very, very concerning because it moves the balance of power over financial transactions for the ordinary Kiwi firmly to the banks. They will then charge an arm and a leg, and if you think $1 billion profit per year for just one bank is exorbitant, just wait until the RBNZ removes cash!

I use my Ten-X VISA bitcoin card for minor transactions like food, coffee etc. Works anywhere, instantly transacts with my hot wallet holding bitcoin. I can even withdraw cash. The bottom line is I never need to use a bank again, other than for things like salary payments, mortgage etc.

“other than for things like salary payments, mortgage etc.” Therein lies part of the problem. We are still essentially forced to be part of the system. Bitcoin or another crypto currency would have reach a massive number of users to reach critical mass in terms of forcing governments hands to accept it. Gov’s and banks won’t give up power easily either.
Great to see a bitcoin visa though, I haven’t caught up with where the crypto space is at for a while but it’s transitory devices like that that will help drive it forward in my opinion.

I feel NZ isn't ready for cashless transactions since most of the platforms available are controlled by a handful of banks and non-bank financial institutions.
The landscape is more competitive in places like China and India, where their governments opened up these avenues years ago as a means to crackdown on their massive shadow economies. In fact, the financial success for these companies allowed their investors to seek further technological advancement in domains such as block chain, which has the potential to eliminate monopolistic middlemen such as banks altogether.
https://www.cbinsights.com/research/blockchain-disrupting-banking/

Well,most Swedes don't think that way. Stockholm is almost cashless and the couple I know who live there like it. Yes,there are issues for older people and I don't see how that will be easily resolved.
I think your contention that this will concentrate more power in the hands of the big banks is likely to be wrong.

That would only leave gold and silver as only true physical currencies.

You can expect the price of these metals to increase as a result.

Of course we could go starwars style with galactic credit or universal currency for the planet but that has to be hundreds of years away....

Who knows, maybe that’s the plan? Central banks are the largest holders of gold, a supposedly useless metal according to their ilk. It has been a long and great swindle, transferring ownership of gold from the private individuals to institutions like these.

Through history an ounce of gold has always equaled more or less, the value of one cattlebeast.

Less than 2% of the level of private debt. Excellent idea suggesting alternatives when the world is going risk on again. I am often baffled why reserve banks say what they do when they do.

$6.5 billion physical cash divided by 5 million people gives us $1300 each

Less than that actually, given banks collectively vault store $638 million, which they bought from the RBNZ for no interest return.

It becomes obvious the chance of a successful cash driven bank run is diminished to not much, given banks' digital deposits are recorded at ~$349,019.millions.

Hands off of my stash

Any government that removes cash from use is voluntary giving up its sovereignty to private enterprise ie the Commercial Banks. Are we that mad? And bitcoin! How are you going to pay your taxes. As far as I know the IRD does not accept payment of ones taxes in bitcoin.

So a cashless, negative interest rate environment is on it’s way. It’s interesting to see this debt based monetary system on dialysis while crypto currency sit patiently in the room. Will be interesting how history books remember the solving of the double spend problem. Glory to the cryptographers and freedom to all. Have a good day.

Reading this article in LA an the economy runs on cash here . Can’t see it changing anytime soon here if ever.

It might not given the US Federal Reserve claims currency in circulation is $1.732201 trillion and yet -

Have you ever wondered how much cash sits in a bank vault? Even if you’re not planning a robbery, you may still be interested in how much liquidity is out there. (In other words, whether your bank is capable of providing you with all the cash for your deposits.) We can’t give details about your bank specifically, but we do have statistics for the banking system as a whole. The graph shows that banks hold about $75 billion in their vaults at any moment, which translates to about $230 for each U.S. resident. This doesn’t seem like a lot, as many people have more than that deposited in an account.

On the plus side, it may help eliminate a lot of tax dodging and money laundering. On the other hand it will force people to use banks and force them to be exposed to a bank collapse. Will they remove the OBR provisions?

And illicit drug dealing/drug purchasing would all have to be transacted with traceable footprints.

To have to rely solely on banks the rbnz would have to finally realize how antiquated/ backward and un-consumer oriented they are and set up deposit /account insurance rather than the pathetic and worthless OBR.