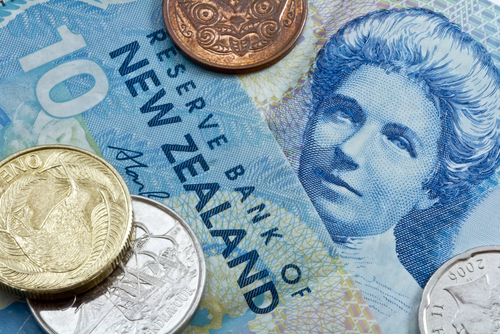 New Zealanders need to alter the level and pattern of both savings and investment if the over-valued Kiwi dollar is to be permanently tamed, Reserve Bank Assistant Governor John McDermott says.

McDermott, who is also the central bank's head of economics, told the Federated Farmers Meat and Fibre Council in Wellington, that policies to encourage private sector savings, and to increase flexibility in the economy were the way to sustainably lower New Zealand’s real interest rates and take pressure off the exchange rate.

McDermott said that much of the New Zealand dollar’s current strength could be explained by factors such as New Zealand’s current high terms of trade, especially dairy prices, and relatively strong economic performance.

"Whether the exchange rate is overvalued from a long-term perspective relates to the effects it has on real economic outcomes. For instance, an overvalued exchange rate will affect the tradable sector’s profitability and its decisions about investment, employment, and market strategy."

McDermott said that commentators had provided a range of suggestions to correct the overvaluation problem, including: keeping interest rates low; currency intervention; quantitative easing; capping the exchange rate; and changing the focus of monetary policy to target the exchange rate.

"Many of these suggestions are unlikely to have a significant lasting effect on competitiveness, or would have unpalatable trade-offs such as much higher inflation, or are simply not feasible," he said.

Evidence in New Zealand and elsewhere suggested foreign currency intervention was unlikely to have a sustained impact in lowering the exchange rate.

McDermott said that a lack of flexibility in other parts of the economy meant that the exchange rate could "overshoot" where it should be in the long run.

"For instance, microeconomic policies can promote greater competition and remove roadblocks to the reallocation of resources in response to market signals. Such policies would reduce the need for the exchange rate to carry the burden of absorbing economic shocks. An example here could be increasing the responsiveness of the building industry to housing demand.

"Likewise, reducing the magnitude of domestic demand cycles would reduce the pressures that monetary policy needs to lean against. This includes avoiding pro-cyclical changes in fiscal policy such as tax cuts or increasing public spending when resources are already stretched, or deterring banks from excessively relaxing credit standards when demand for financing is strong. Such actions will ease cyclical exchange rate pressures."

Yeah right - how long has New Zealand run an  accumulating current A/C deficit? - until the RBNZ imposes restrictions on foreign wholesale borrowing nothing will happen - but then how does NZ fund the accumulated trade deficits other than by selling off bits of the country and what's left of the income generating infrastructure.

It's good he recognises the problem, but conveniently absolves the RBNZ any responsibility for fixing them. I wonder if he thinks all the countries actively keeping their currencies down are wrong. Separately I wonder what he thinks of the government's own goals of funding their deficit with overseas borrowing or asset sales to foreigners.

What a stupid thing for any RB boffin to say! The RB has spent the last several years in cahoots with Treasury, hiding inflation and  collapsing interest rates in order to transfer the wealth of the frugal, to their greasy Bankster mates and the spendthrift. Give me a break!
And the $NZ is just what it is. To say it is "overvalued" is nonsense; one can't expect to have a buoyant (relatively) economy and a "low dollar"- that is stupid too
Ergophobia

The Reserve Bank assistant governor says that for a sustained reduction in the exchange rate, it is necessary to alter the level of NZ reliance on foreign savings to finance our debt. That simply and partially means we borrow too much from offshore through the banks to fund excessive house prices in Auckland.
That implies it would be far better and quicker to hammer house prices hard. That would instantly reduce the future high cost of [diverting savings into] repayments to overseas creditors. Consequently investors would instantly look to alternative investment in savings and business investment. That needs a concerted effort to acquaint house buyers who pay ridiculous prices with the nature of their folly. That also means restraining bank loose credit policies which are causing such damage to the economy and to NZers wealth. The LVR is inadequate posturing. Current house price resistance and low first home buyers is a response to inflated prices not the weak LVR.
The USA sub-prime mortgage fiasco fallout is still less than five years old. NZ has its own home grown sub-prime crisis. Has the house buying public learned nothing? Residential property prices especially in Auckland have far outstripped house value so many mortgages exceed house value. Although the price sets the market, it does not set value. Buyers have vastly over-paid in recent years misled by the self serving property machine. Caveat Emptor is their policy. They want house buyers to pay as much as the market will bear. Their policy is if buyers are stupid, so be it.
Rental rates demonstrate the true house value. They keep pace with salary increases and no more. House price correction should enable rentals to provide a good rate of return on the lower value as prices rapidly reduce.
If prices drop suddenly in Auckland where price exceeds value, it is only a household problem. Of itself that is not an economic problem. The past debt remains the same. The house remains the same. The private contract remains the same. So there is nothing to stop a major house price correction being managed instantly to gain the cessation of loss of wealth. Perhaps a reasonable restraint on banks could be a loan to equivalent value ratio rather than market price. That ratio should be based on incomes and proportion of average salary. Provincial towns would be untouched as their prices equal value. Reduction in mortgages would not affect the whole market because foreign buyers may not need local loans. However house price reductions may send them looking for other sucker markets. The result would be an instant reduction in upwards pressure on the exchange rate.
If nothing significant is done by the Reserve Bank, the question must be asked if our government is subject to the banks Ponzi pressure and so incapable of protecting its citizens from attack from within. If so, what is the point of government?