Parity party could be pending, with economists suggesting the NZ dollar may reach parity with Aussie counterpart

Parity party could be pending, with economists suggesting the NZ dollar may reach parity with Aussie counterpart 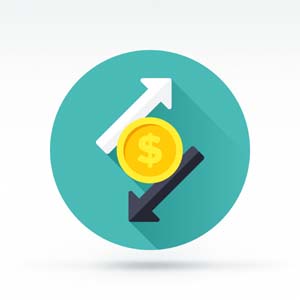 Economists reckon the New Zealand dollar may well reach parity with its Australian counterpart, but warn there could be a hangover for some if it does.

The New Zealand Dollar hit 96.78 Australian cents this week, a post-float high, thus once again begging the question of whether it'll reach parity.

“Don’t go popping the champagne, but a test of parity is looking a real possibility," ANZ's economists said on Tuesday.

BNZ chief economist, Tony Alexander, reckons there’s a 50-50 chance of parity, even though a few months back he thought there may have been only a 20% chance.

Turner said over the last few days there’s been speculation the Reserve Bank of Australia (RBA) will cut its cash rate, currently at 2.25%, even lower. New Zealand's Official Cash Rate, in comparison, is at 3.50%.

Sydney-based HSBC chief economist, Paul Bloxham, said uncertainty around Prime Minister Tony Abbott’s leadership was one of the factors that contributed to the RBA cutting rates earlier this month. And in a sign big business is concerned about Australia's direction Ian Narev, the New Zealander who is CEO of the biggest bank across the Tasman, ASB's parent Commonwealth Bank of Australia, last week had a not so veiled dig at the Abbott government.

Turner expects the Australian economy to start picking up around the middle of the year, once Australia becomes less reliant on mining to spur its growth.

The RBA forecasts GDP growth in Australia will increase to between 3% and 4.5% by June 2016 from 2.5% in the year to September last year. NZ's September year GDP was 2.9%. In another comparison, Australia's latest official unemployment rate is 6.4% versus NZ's 5.7%.

Bloxham said the NZ dollar has been testing limits, but won’t necessarily strengthen enough to meet the Australian dollar.

He said 2014 saw a “rock star economy” in New Zealand, while 2015 should deliver an encore of that performance. (Here's our video interview with Bloxham from last year). Bloxham said the construction upswing in Auckland and Canterbury is spurring growth.

He also maintains New Zealand will continue to outperform its neighbour, despite the diary price drop. Bloxham said Chinese demand for New Zealand dairy products is expected to remain strong.

However, ANZ's economists point out that although a test of parity looks a real possibility, there's a tendency for direction to reverse when such calls are made.

"We can point to obvious cyclical divergences including the cash rate differential, 125 basis points though it has been as high as 200, forward (interest rate) curve of the same, approximately 150 basis points, divergent labour market trends and general paths for the respective economies," ANZ says in explaining why the Kiwi is so strong against the Aussie.

"However, the gravitation up is looking more structural. New Zealand’s terms of trade are holding up better, productivity growth is stronger and the microeconomic reform agenda more proactive. And there is the secular bet on China and Asia’s growth rotation towards the consumer. Those are seeds in tomorrow’s growth story. We’re not saying fair value is anywhere up around the 0.96 handle. But it has moved higher from the previously assumed 0.85-0.88 zone. And this means the normal rubber band tautness that provides the snap back factor is not so testy around the 0.95 mark," says ANZ.

While New Zealand importers and travellers to Australia are benefiting from the NZ dollar’s strength, exporters are continuing to take a knock. Turner said reasonable growth in Australian household demand will provide some support for exporters, but the exchange rate will still squeeze profitability over the next few months.

On the flip side, importers will be able to secure more competitive prices, which will benefit the consumer. Bloxham said this is particularly good in an environment where the economy's strong and consumer demand high.

And while Kiwi tourists will be able to splash out when holidaying on the Gold Coast, the Aussies will be trimming their budgets when visiting us.

Wow , Parity ? Will consumers ever get the benefits ?
We will see sparks fly when that happens  .......... when retailers and NZ hostelries have to bring their prices into line with the new normal .
For example why is our petrol still nearly $2.00 per litre , while Aussie petrol is just over $1 per litre ?
Our milk is shy of $2 per litre and woolworths Australain  house brand is $1.00 per litre
Right now its already way cheaper for us to holiday on the Gold coast than right here at home .
Everthing there is cheaper , from accomodation to fast food , car hire ( basic models) and  petrol is $1.16/ litre ( after GST thats just on $1/litre )
Fresh fruit and veggies are cheaper in big centres , as are most groceries .

Fonterra is in for a shock when Parity with the Aus $ comes along,  and some clever Aussie realises he can airfreight fresh milk into Auckland and still make a profit ............
The retail price of milk in NZ borders on criminal exploitation by people in a position strength
I cant wait for the day I can allow my teen sons to drink fresh milk like I did as a kid .
It may never happen before they start drinking beer
That beer is cheaper than milk is wrong on every imaginable level

beer is much easier to make and store.
Fonterra isn't the one pushing up the milk price...in fact Fonterra are infamous for undercutting world prices.

Wrong on both counts cowboy.
Fonterra does sell its milk at low prices overseas , but not for any altruisitc reasons whatsoever .
Clover Milk ( a Fonterra  company ) is cheaper per litre in Maputo Mozambique than it is for a litre of milk  in Auckland .
Its market manipulation by a dominant player .
Elsewhere in the OECD , Fonterra's actions in its home country would be criminal

Fonterra is selling milk in Australia cheaper than NZ.. Just that we have two big milk producers here competing against each other

as if it wants to
Mr Google will show the massive squeeze the supermarkets have placed on the local Ozz dairy industry. The $1 a litre for house brand is a loss leader that draws punters right to the back of the supermarket and a long walk back to register past all the choccie/sugar sweets (and chippies).
http://www.weeklytimesnow.com.au/business/dairy/litre-milk-war-has-helped-change-retailers-behaviour-norco-boss/story-fnkeqg0i-1227197991268

however if you are a fan for all things Australia, knock yourself out....
http://www.heraldsun.com.au/news/victoria/frozen-berries-hepatitis-a-scare-widens-class-action-possible/story-fni0fit3-1227221872052
10 confirmed cases of Hep A - as of now

Compensation lawyer Mark O’Connor said consumers should ignore the product recall by the distributors of Nanna’s frozen berries because they could be key evidence should a consumer contract the virus.
“If someone has consumed some I would suggest they hang on to them - put them in the freezer, mark them ‘poison’ or something so nobody else consumes any,” he said.
“If they become ill later on then they will need to be able to prove that they have consumed the product in question, and my experience with insurance companies is they won’t take your word for it.”

Yes after the die was cast, ANZ earnings gone, sku's reduced, then its about processing/collection share. The Oz mgt had been changed and needed a media release. But the win rests with the supers.

Henry_tull, as if NZ hasn't been imported any frozen stuffs from China - been to Countdown or New World lately? Bought any peanut butter recently, you have all the choices as long as it's made in China (or Australia with imported ingridients)..

Cracka peanut butter made in Nelson, CM.  Check out http://picspeanutbutter.com/buy-online/ :-)

I agree. In terms of packaged UHT, Fonterra's brand are sold at a premium in VIetnam and Dutch Lady is a good 30% cheaper. Anyway, I thought that Fonterra was only dominant in milk powder sold in bulk to companies such as Meiji in Japan.

Boatman - Clover Milk is not a Fonterra company.  Fonterra does have a partnership company with Clover - Clover Fonterra Ingredients (CFI).

CLOVER FONTERRA INGREDIENTS
In 2005 Fonterra partnered with Clover, South Africa’s largest dairy company, to form Clover Fonterra Ingredients (CFI). Through this partnership, we market dairy ingredients and supply foodservice products throughout the Sub-Saharan region in Africa and combine the strengths of our international supply base with Clover’s strong regional platform.
http://www.fonterra.com/global/en/about/our+partners

Okay , but I bought Clover UHT milk in Maputo Mozambique ( for less than Fonterras UHT at Pak n Save Albany  ) and the store manager ( A Kiwi ) proudly  told me it was made from NZ Milk supplied by Fonterra .
It worked out at under $1 a litre

I'm not wrong.   _Fonterra_ (aka "the accused") do sell their product cheaper, and pay their suppliers less.

And yes, A litre (or two) of milk WILL cost more in Auckland....

But here's the catch you totally forget to account for.... Fonterra will not be selling you milk in Auckland (or in South Africa).  Fonterra is not a retailer.

So you have to ask yourselves: why is a company selling the world's cheapest milks (and being cursed by locals for undercutting local prices) being connected with massively overpriced consumer product.....   Show Me The Money (trail)

If NZ is the rockstar of global economies, Bloxham is the Bryan Adams of economists. The guy is a lightweight and anyone who subscribes to Macrobusiness would probably agree.

WE ARE NOT A ROCKSTAR ECONOMY , we are a two -hit wonder , and those two hits were the 2 terrible earthquakes which have led us to rebuilding a whole city , stimulating GDP.
Our economic  fundamentals are still not good.

Given the trade position I agree that there is room for finances development in NZ.

Also IMO, we should break the 9-5 trend, and look towards servicing market past the current End Of Trading.  About time general finance learnt Saturday Trading ;)  That would give us a purpose and sales point beyond merely echoing Aussi's market.