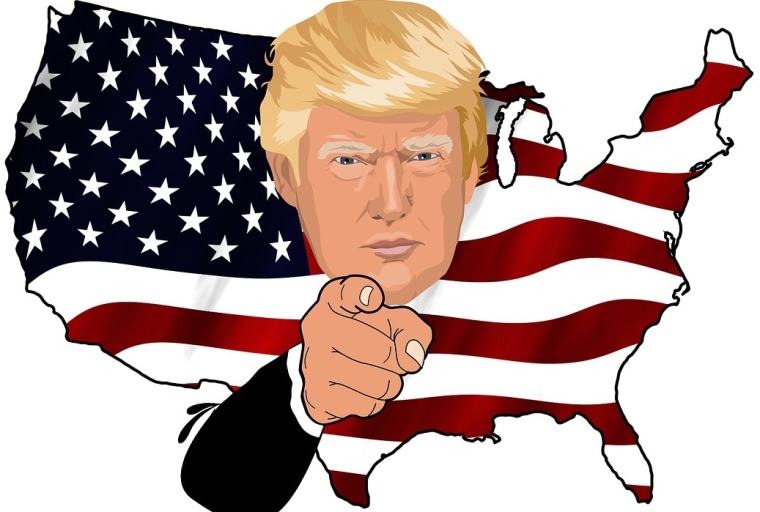 New York-based Gruenwald was in Auckland this week for the annual Breakfast with the Economists Series. S&P Global's US Business Cycle Barometer was released this month and says there is now a 30% to 35% chance of recession happening in the US during the next 12 months. This was up from 25% to 30% in the previous quarter. But despite the report's findings Gruenwald says there's still grounds for optimism.

“Most of the key economies are growing at, or near, their potential,” he says. “We do have weaknesses in certain parts of the global economy, but for now that’s centred mainly on manufacturing and trade.”

“As you go through the major economies you can see different levels of stress depending on how dependent those economies are on manufacturing and trade. The risk of course is the weakness we’ve seen in manufacturing starts to spill over into non-manufacturing and consumption, that’s the driver for most economies and then we will be in a real downside scenario. But we’re certainly not there yet.”

Key economies and their growth

He says the US economy is still in pretty good shape with its projected GDP running at close to 2% and with the unemployment rate at around 3.6% to 3.7% it has almost reached full employment.

“So if you step back and filter out all of the noise for 10 seconds and think about the fact the biggest economy in the world is growing at potential, and has full employment, that sounds pretty good. So there are downside risks, but I think the starting point is we’re in pretty good shape.”

While Gruenwald says the Chinese economy, which is expected to see GDP drop to 6.2% this year, is still recording impressive growth rates.

“China should be slowing and we’ve argued for some time that its sustainable growth rate, from a credit perspective, is probably around 5.5%, which means if China is growing faster than that they are probably throwing too much credit at the economy,” he says. “If you think about the composition of Chinese growth, the consumers are definitely driving the bus these days. And something that I think doesn’t get discussed quite enough is that the export sector on a net basis hasn’t really contributed to Chinese growth in over half a decade.

But Gruenwald says the economic performance of Europe is a mixed bag. He says Germany is the weakest of the major European countries right now.

“It is trade dependent and it is manufacturing dependent. And those are the areas where we’re seeing global weakness right now. So Germany is actually a reflection of that. While Italy and the UK have their own country specific problems right now.”

“Let’s remember potential growth in Europe is only about 1.25%. So if the European economy is growing at 1.25%, it sounds bad to the rest of the world, but that’s the speed limit for Europe.”

But despite the positive signs Gruenwald points to the US-China trade war as a continuing source of global anxiety putting downward pressure on growth. He argues that despite the rhetoric the stand-off isn’t really about trade. But reckons a solution is available if the two parties can reach an agreement.

“If we look at all the issues on the table with the US and China it’s not just about trade. We hear about intellectual property protection, bilateral investment, State Owned Enterprises and the Chinese model itself. But when you listen to different US officials, whether it’s President Trump, or [U.S. Trade Representative] Robert Lighthizer and some of the other senior cabinet members, they emphasise different parts of the story. So at least to us it’s not entirely clear what the end game is.

Gruenwald says a recent S&P global capital expenditure survey shows intentions are weak and the main reason for the uncertainty is the US-China trade relationship.

“It’s clear from stepping back and thinking about what all the parties want is that there is a solution here. China wants continued access to US and Western technology. We’ve done some research that shows that, especially in the chip sector, China’s dependent on American, Japanese and German firms for key inputs into that part of their economy.

“And then the rest of the world obviously wants access to the Chinese market. I’ve just said how Chinese consumers are driving global growth and they have a rising middle class and that’s where you want to be if you’re a global corporate. And I think everyone else wants China to play by the rules.

“It’s not clear what the final objective is with China. I think best case scenario would be we get some type of optical agreement on trade, we get something around intellectual property and bilateral investment and then there’s some process going forward. The Chinese aren’t going to change their model, that’s a given.”

Gruenwald says the global outlook has definitely changed since when he was last in New Zealand.

“If we go back to around this time last year, there was a very different narrative. The third quarter of 2018 was the 10th anniversary of the onset of the Global Financial Crisis (GFC). I would say there was a general feeling of relief that we were finally exiting, or at least beginning to exit this unusual period. The talk was around the normalisation of monetary policy, where the Fed was going end up with its balance sheet, where the Fed was going to end up with its Policy Rates (PR).

“The narrative back then was around raising rates, gradually reducing accommodation and going back to something that started to look like normal. But since then in late 2018 and then twice this year we’ve had episodes of market turbulence where essentially the markets got nervous about the path of monetary policy.”

We’ve since seen rate cuts in the US, Australia and New Zealand and growing tensions in the US-China stand-off.

“Now we’ve got another round of turbulence pushing bond yields to levels we haven’t seen in quite some time. So the markets are telling a different story than the macro data. The markets tend to be putting a higher weight on this downside scenario where the stress we see in manufacturing and trade spills over into the broader economy in consumption and services.

Gruenwald says if we are heading for a global recession we will no doubt see more monetary easing. With talk that the Reserve Bank of New Zealand (RBNZ), like a number of other central banks around the world, may look at further cuts to the Official Cash Rate, it won’t have a lot to work with.

“If we think about the Reserve Bank of Australia at 1% and the RBNZ at 1%, you don’t have a lot of room to do that if the downside scenario eventuates.”

Actually, it is beyond the control of the Fed. And beyond the capability of folk like Gruenwald, apparently, to be able to see that.

There is NO move that either a Government or a Central Bank can make, to alleviate what is coming on us now. Limits to Growth, here we come.

The explanation (good graphs too) are here, Stephen:
http://donellameadows.org/archives/a-synopsis-limits-to-growth-the-30-y…

That tells you that there isn't enough for China to grow and the Us to remain, simultaneously - and it only gets worse with time, of course. The Trump administration are probably quite aware of this, hence he lack of concern. They probably know it ends in war, as did the US military.....

http://energyskeptic.com/2019/the-u-s-military-on-peak-oil-and-climate-…
"Many of our overseas deployments were defined… by the strategic decision to ensure the free flow of oil to the U.S. and our allies."

Trump is fighting several wars on several fronts at the same time, with no weapons in hand, except his impulses, instincts, unpredictability and his ability to wrong foot the opponents. He seems to have taken his re-election for granted, so letting loose on all and sundry at the same time. Somehow, the economy is helping him. China on the other hand is playing a longer game of economic and territorial domination.
The odds favour China, in my view.

Win the battle but lose the war ?