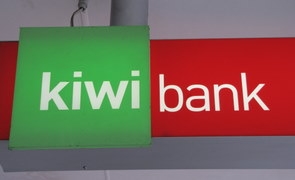 Kiwibank growth slows as the government starves it of capital and competition heats up for cheap term deposits, squeezing margins.

The shrinking of margins and slowing of  growth at Kiwibank were stand out features among the performance of the country's major banks in the March quarter, KPMG says.

In its quarterly Financial Institutions Performance Survey, KPMG says for Kiwibank competition for domestic retail deposits has reset interest margins at a level far below those experienced in previous years. The state owned bank, which has asked the government for more capital to enable it to expand its lending including in the business market, recorded an "exceptionally low" margin of 1.14%, KPMG says. In previous years it has earned about 1.8%.

Competition for deposits has stepped up with the introduction of the Reserve Bank's core funding ratio (CFR) in April. The banks must now secure 65% of their funding from domestic deposits and bonds with terms of more than one year. The Reserve Bank ultimately aims to lift the CFR to 75% by mid-2012.

Overall system growth returned with loans and advances rising 0.4% in the quarter across the seven surveyed banks, compared to system contraction in the December 2009 quarter of 0.7%. However, the significant change across the group was the slowing of growth at Kiwibank to just 3.2% over the quarter. That's down from the more than 10% average quarterly growth recorded in the previous ten quarters.

"This would appear to reflect both the slower economic environment but also a more circumspect approach from Kiwibank," KPMG said.

As previously reported by interest.co.nz, Kiwibank wrote its lowest level of new mortgage business in the three months to March since the June 2008 quarter.

In May Kiwibank CEO Sam Knowles revealed plans to leave the bank at an unspecified future date. He said Kiwibank's parent NZ Post  had asked the government for fresh capital for the bank amounting to "less than NZ$100 million." A business plan for the next decade had been put to the government which envisaged Kiwibank growing its balance sheet by between NZ$2 billion and NZ$3 billion annually. The plan envisages growing Kiwibank "further and faster" Knowles said, including in the business market.

He noted that comments by Finance Minister Bill English suggesting Kiwibank could need hundreds of millions of dollars of capital over the next few years was probably a reflection of dividend reinvestment with Knowles suggesting the bulk of the money Kiwibank needed to grow could come from the government reinvesting, rather than taking, dividends. In its eight year history, Kiwibank has never paid a dividend. Kiwibank had total assets of NZ$12.07 billion at March 31.

Meanwhile, KPMG noted overall mortgage duration continued to shorten with borrowers seemingly attracted to the shorter end of the curve by favourable rates.

"The proportion of mortgage duration two years or longer on bank balance sheets has fallen from 20% in May 2009 to only 10% in May 2010. These loans are essentially moving to floating rates. As banks look to take advantage of the Official Cash Rate rise – to increase mortgage rates (at the short end) but essentially hold deposit rates – we would expect to see some improvement in margins over the coming quarter/s," KPMG said.

The banks' overall profit levels stabilised over the quarter, although they were still impacted by the higher level of impairment charges than experienced in prior years, KPMG said.