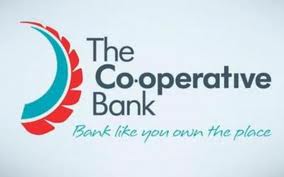 There are no "realistic possibilities" that Standard & Poor's credit ratings on New Zealand's big four banks will be upgraded, or even switched from stable to positive outlooks, at the moment with the most likely local bank to be upgraded by the global credit ratings agency the new kid on the block, the Co-operative Bank.

Gavin Gunning, S&P Melbourne-based director of financial institution ratings, told interest.co.nz the prospects for "positive ratings momentum" for the big four Australian owned banks - ANZ New Zealand, ASB, BNZ and Westpac NZ - is limited in the short to medium term. Gunning's comments, on a visit to New Zealand with Peter Sikora, S&P analytical manager for financial institutions in the Pacific, comes after S&P downgraded the four by one notch to AA- in December as it rolled out its new global credit rating formula. The big four's ratings are the same as those of their Australian parents. The outlook on all four is stable.

"We don't really see any realistic possibilities of positive outlooks or upgrades, noting that we've just recalibrated the ratings under a new criteria," said Gunning.

Meanwhile, the most significant negative impact on the ratings would be a "weakening of the coreness" of a New Zealand bank to its Australian parent group.

"The prospects for this occurring in the short to medium term is fairly low, which in turn gives us confidence that the stable outlooks on each of the four major banks would be resilient."

Credit ratings matter for the banks because they effect their borrowing costs. A higher rating generally means lower borrowing costs and vice versa. Following S&P's methodology revamp late last year many international banks were hit with downgrades. These included Rabobank NZ, alongside its Dutch parent, which was downgraded two notches from the highest possible AAA S&P rating to a AA rating with a stable outlook. The AA rating is now the highest among 37 major international banks with S&P ratings.

Meanwhile, Sikora said Kiwibank, which like the big four has an AA- credit rating, albeit with a negative outlook, has probably hit its credit rating ceiling.

"Frankly there's not a lot they could do (to get the rating up)," said Sikora. "If you think about where their final rating is, it's AA-, a level consistent with the four major banks and very much reflective of the (S&P) New Zealand Post group view. We need to remind ourselves that a rating of AA- is a very high rating by global standards that very few banks now enjoy," said Sikora.

In contrast the Co-operative Bank, formerly PSIS which obtained banking registration from the Reserve Bank just last October, had the outlook on its BBB- rating raised to positive from stable in December.

"The factor driving that is really the potential to reassess their business position which is assessed as being slightly weaker than both TSB and Kiwibank," said Sikora.

A BBB- rating is S&P's lowest investment grade rating. S&P has a BBB+ rating on TSB Bank with a stable outlook.

On the Co-operative Bank, Sikora noted it had become a bank, and had a strategy in place to solidify its business and franchise and grow market presence.

What the Co-operative Bank needed to do to potentially get an upgrade included establishing a strong franchise to the extent where "your customer base is sticky and stays with you".

Recently departed chief executive Girol Karacaoglu told interest.co.nz last year that the then PSIS planned to pilot a lending project to small businesses through four or five of its 32 branches. If the pilot was successful, the project would be rolled out to all branches.

"We want to diversify our income base without moving too far away from what we know which is personal banking," Karacaoglu said then.

This would also include looking to grow personal lending - outside of home loans - and personal insurance, he added.

On TSB Sikora said any "upward potential" for its credit rating would stem from a reassessment of S&P's view of its risk position and diversification of its business outside its traditional concentration in Taranaki.

"They've gone to some lengths to diversify their business by expanding into other markets," Sikora said. "But probably one thing to mention is it's not really about where your assets are booked. It's about the strength of that business as well. It's very easy to write new business in new markets if you're picking up lower quality stuff."

"We need further diversification, further evidence that the diversified business is of equal quality to the Taranaki business that they (TSB) have historically always written. These would be factors that would provide further scope for us to relook at that assessment," Sikora added.

As for building society Heartland New Zealand's quest to become a bank, Sikora said this was up to the Reserve Bank. S&P has Heartland on BBB- with a stable outlook.

S&P doesn't have a credit rating on SBS Bank, which has a BBB rating with a stable outlook from rival credit rating agency Fitch Ratings.

Would I risk my capital on the word of a ratings agency.....NO

They always get it right in the end.

Not much good to you at the end!