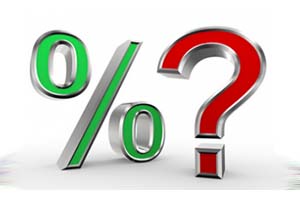 BNZ's head of Research Stephen Toplis is urging the Reserve Bank not to cut the Official Cash Rate again, saying there'd be little benefit for the economy in it doing so and the central bank ought to keep some ammunition in case a major shock hits the economy.

Toplis, who in July warned it wasn't hard to envisage a scenario where a recession becomes imminent, has issued a new report entitled RBNZ risks cutting New Zealand’s lifeline.

Toplis does acknowledge the Reserve Bank is "unequivocally on an easing bias" having said in its September Monetary Policy Statement (MPS) that “some further easing in the OCR seems likely.” This follows three successive cuts in June, July and September dropping the OCR by a combined 75 basis points to 2.75%. He also expects the Reserve Bank to cut the OCR again this year, as do most economists, either at its October 29 OCR review or at the December 10 OCR review and Monetary Policy Statement.

But, Toplis suggests, it shouldn't.

'It would seem irresponsible for the RBNZ to use part of its remaining monetary policy arsenal for what would likely be little benefit at the present time, and which conceivably might add to medium-term problems for the economy," writes Toplis. "Until there is a clear case for lower rates, the remaining policy ammunition should be conserved in case a significant shock was to hit the economy."

"It’s our central view that no further easing is necessary."

Nonetheless he says given the RBNZ makes the decisions, BNZ's economists acknowledge its determination to reduce interest rates one more time.

"It simply has to deliver this from a consistency perspective as the data since the (September) MPS has not been sufficiently different from expectations to dissuade it from its central view. However, what remains less certain is whether that rate cut will be in October or December and whether it will be the last," says Toplis.

He does say, however, that the data since September's MPS provides reason for debate.

"At the margin, the data tend to suggest that growth, and the accompanying inflationary pressure, might be higher than anticipated but that, despite this, the strengthening in the New Zealand dollar and inability of companies to pass on cost increases might leave inflation lower than anticipated."

For the hawks Toplis notes;

"Dairy prices have bounced spectacularly over the last few weeks. The GlobalDairyTrade Price Index is now 63% above its early August lows. Most importantly, the RBNZ revealed that it had assumed dairy prices averaging US$1,500 a tonne when putting its forecasts together. Now they are sitting at US$2,824/T. Futures prices are over US$3,000/T suggesting even further upside risk to current prices."

"Business expectations for activity levels have remained more elevated than might have been expected and are suggestive of GDP growth around 2.75%. This includes the PMI, PSI and recently released New Zealand Institute of Economic Research Quarterly Survey of Business Opinion (QSBO)."

"House price inflation remains elevated though there is anecdotal evidence that the froth may be coming off the top of the Auckland market."

And for the doves he says;

"The NZ dollar is currently sitting at 71.2 on a TWI basis. This is 4.9% up on the level that the RBNZ had assumed for the fourth quarter. In part this will be seen as a natural response to the surge in dairy prices but, that aside, will still impart a downside impact on the Bank’s medium term inflation forecasts."

"While dairy prices may be rising, global commodity prices, generally, are still soft."

"Expectations for US Federal Reserve rate hikes have been further delayed."

Colhoun's six reasons are; the non-mining economy is improving; mining investment, business investment and commodity prices are not interest rate sensitive; still lower interest rates would boost the rate sensitive sectors of the economy and increase financial risks; rates are already very low and the full impact of the cuts to 2% in the first-half of 2015 is still to flow through; the Australian dollar is now more clearly supporting growth; and the RBA only has 200 basis points of rate cuts left.

Here in New Zealand Toplis says "the non-dairy sector" is doing well, real retail sales grew 6.0% in the June year as residential construction increased 5.1% and non-residential construction rose 4.9%. Additionally plant and machinery investment rose 9.3%, manufacturing confidence remains positive, tourism numbers are growing strongly and the services sector is strengthening. Anything to do with the housing market "is going gangbusters," the primary sector, outside of dairy, is getting good prices.

"The forecast is for economic growth to ultimately slow significantly but we are not there yet. Moreover, there are now signs that even the dairy sector may have received a get-out-of-jail-free card by way of the bounce in prices," says Toplis.

And, he says, there's no shortage of investment activity in New Zealand, with any slowdown to largely be a function of the peak in Christchurch-rebuild construction occurring.

"No manner of interest rate cuts will impact this nor will they help commodity prices except to the extent that local currency returns are assisted by a rate-cut induced fall in the NZ dollar."

Meanwhile, the interest rate sensitive areas of the economy such as housing are responding well to lower interest rates, with a significant increase in housing construction taking place.

"Indeed, the strength of the upswing in investor lending has led to action from the Government and also to continued warnings from the RBNZ about potential risks to financial stability. Cutting interest rates further, without a significant negative development in the outlook for the New Zealand economy, would counteract the intent of these macro-prudential policy moves and risk renewed house price rises and borrowers becoming over-stretched," adds Toplis.

"It’s also hard to argue that the current level of interest rates is providing a hindrance to the economy or unduly rationing the availability of credit. Indeed, in the latest NZIER QSBO, only 6% of respondents reported that finance was their major factor constraint. In contrast, 57% cited demand and 15% capacity. Some of the impact of the three recent rate cuts is still flowing through to the economy, as is the benefit to growth from the lower NZ dollar. The RBNZ must be, and usually is, very cognisant of the lags that operate both with changes in interest rates and the exchange rate."

Given the economy appears to be strengthening, with interest rate sensitive sectors strong, the dollar weaker, further boost coming through from previous OCR cuts, and weakness in the economy unable to be addressed through further rate cuts, Toplis asks if we need the OCR to head below 2.5%?

But whether it will or won't, he suggests, depends on how fixated the Reserve Bank is on getting inflation back to 2% "whatever the cost."

"Given the combination of recent past RBNZ rhetoric, the likely slowing in growth and absence of inflation, the balance of risk remains that interest rates will thus go lower still after the RBNZ’s next move. And if rates are cut will they help push up inflation and growth? Highly unlikely, as the current level of monetary accommodation is already highly stimulatory," suggests Toplis.

Nonetheless he says the question for now is whether the Reserve Bank will cut in October or December.

"In our opinion, and again for consistency’s sake only, if the RBNZ genuinely has an easing bias it shouldn’t wait until December to cut rates. No point would be served by doing so. However, consecutive meeting consistency has not been the Bank’s forte of late and there will be some who will argue, inappropriately we would say, that waiting until December’s full MPS would give the Bank a better chance to fully explain its current and future actions. This desire to wait would be given further backing if financial markets, as is the case now, are reluctant to price such a cut in. Currently a 28% chance of a cut is priced. Accordingly, we think that the October/December decision is too close to call."

But whether it will or won't, he suggests, depends on how fixated the Reserve Bank is on getting inflation back to 2% "whatever the cost."

Don't you mean the finance minister?

New Zealand central bank Governor Graeme Wheeler needs to get inflation back to target and some observers think he has “plenty of room” to cut interest rates, Finance Minister Bill English said.

“He’s been out of the zone for years now, below the midpoint for quite a long time,” English said in an interview late Thursday, referring to Wheeler’s 2 percent inflation goal. “He’s meant to be following the Policy Targets Agreement, that’s the bit I look at, and one day somebody will start asking the minister of finance questions about whether he’s actually following the agreement or not.” Read more

Why intentionally let the economy weaken, in order to 'reserve some firepower'? Wouldn't less firepower be needed to recover from a shock if the economy was in a stronger position when it hits?

With the USD exchange rate touching over 67 now you'd think the RB would be adding back in to their statements that the rate is too high and be tempted to cut interest rates again to bring it back down.

What benefit are high dairy prices if the exchange rate climbs with it?

they will cut again solely on the back of the rising NZD. they need inflation and what better way than to import some