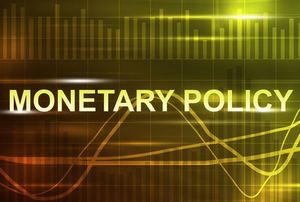 Labour finance spokesman Grant Robertson is calling for a broadening of the Reserve Bank's inflation focused Policy Targets Agreement to add a focus on employment.

“For the past few years we have had low inflation but stubbornly high unemployment. It has not dropped below 5.5% since the global financial crisis, and bank economists are now predicting it will reach 6.5% to 7% over the coming months (it's currently 5.9%). That’s more than 150,000 Kiwis out of work," says Robertson.

“At the same time the Reserve Bank has not met the 2% midpoint of its inflation target since the current Policy Targets Agreement was signed in 2012."

Against this backdrop there has been a "overvalued dollar" and "high interest rates" hurting exporters' prospects, adds Robertson.

“We need a monetary policy that supports our productive sector across economic cycles and puts employment up as a core objective. The Reserve Bank Act was designed in the 1980s and is out of date and out of touch with the changes in the global economy," Robertson says.

“Labour supports our independent Reserve Bank. A broadened mandate would mean some changes for the Bank, and we would review other aspects of the Bank’s legislation and powers, including the Policy Targets Agreement, to ensure it would work in practice."

“It is time monetary policy served the needs of the people rather than the other way around,” Robertson says.

You wanted an independent RBNZ Governor and you got one...

A rogue one who is playing God with the NZ economy and ignoring his mandate and the impending train-wreck.

Who appoints (or fires) the governor? How many consecutive quarters can he be outside his target inflation rate and keep his job?

There are a lot of people in the West that capitalism no longer needs.
https://www.youtube.com/watch?v=a0atL1HSwi8

as usual polys using one thing to argue another.
why would lowering the OCR increase employment.
immigration is too high for this part of the cycle, demand is not there for our commodity exports.
they need to help develop new industries that will stay based in NZ and owned by NZers

It may be a 'wish' for some people but it is just not true. Correlate this chart of exports with this chart of the exchange rate.

What you will find is that the period when NZ had record exports correlates well with a [very] high currency.

The only time it might work as you suggest is if we relied of basic raw commodities, and that is a suckers game.

If we export 'transformed' things consumers actually want they will (and do) pay higher prices, and that will cause our currency to rise. If our only success comes from exporting low value items for low prices, we are on the wrong track.

A low currency is evidence that our exporting strategies are bankrupt.

David,
I don't buy it at all. You need to add at least one more variable. The Terms of trade through the time of the National government have been the highest they have been since pre Britain joining the European market. http://www.tradingeconomics.com/new-zealand/terms-of-trade
I should note that has had nothing to do with the National government, but rather has been a lucky windfall.
Yet from the charts you have pointed to there has been no improvement at all in our trading position. I prefer to look at the current account to the trade balance, although they are of course similar.
http://www.tradingeconomics.com/new-zealand/current-account
So as a country we have blown completely the windfall gains of the terms of trade, given you will note the current account has stayed stubbornly negative at about the same level. And unemployment has been still relatively high, even with a Christchurch rebuild, and these booming export prices relative to import prices.
How come?
Because our monetary policy (along with selling assets to foreigners) has kept the exchange rate increasing to mop up any trading surplus that should otherwise have eventuated. It is naive to think we can just magically create some competitive advantage across a macro economy, that will be immune to domestic costs.

agree with david on this one, example Synlait concertating on manufactured baby products wheareas fontera still churning out milk powder for others to use in manufacturing. which company is doing better with the lower commodity prices

DC:- If our only success comes from exporting low value items for low prices, we are on the wrong track.

It is theft. Stealing interest money from retired people. It is obvious from places like the US that it does not create inflation.

That is because the NET effect is no inflation.

Interest/profit isnt being stolen, it isnt being earned so cannot be paid. Simple the retired ppl have the capital they should invest it for the return they desire.

On top of that the "retired ppl" have in effect stolen all the cheap resources this planet had from future generations to build "their capital" with.

That didn't work too well did it

Wheeler has had one eye on the over inflating housing market, that is why we have high interest and exchange rates in comparison to other countries. Making the Reserve Bank take into account unemployment probably would not have changed much.

Sensible policy is an anathema to this National Government.
Apart from everything else the Gummint is out of the country at the moment bathing in the glory of our supplicant media cameras.

Gee Steven do you ever think about what you write - why leave it at retired people, I think it applies to hundreds of generation of dead people as well, and what more, I knwo its way out there but, I suspect it will apply to quite a few of the future generation including your own- a really useful statement to us informed I guess unless of course you know what "cheap" is ?

It does indeed include generations of dead ppl. However science has only really advanced enough in the last 50 years or so how culpable eare they? So in 1870 did ppl know or notice? Also how many ppl in that day and age even had a decent basic education let alone a good one? Today really we have no excuse what so ever? yet some how lack the moral fortitude to act sufficiently.

Cheap as in can afford the energy to extract, or EROEI.

PS I try and think before I write because there are enough ppl on here who would love for me to make a sizeable mistake, that was not one of them.