Banks continue to reduce fixed mortgage rates and the 1-5 rate difference is its flattest since 2009. But no other bank has followed HSBC below 4%

Banks continue to reduce fixed mortgage rates and the 1-5 rate difference is its flattest since 2009. But no other bank has followed HSBC below 4% 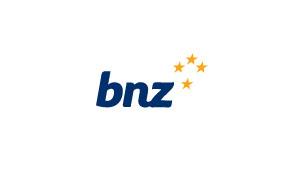 BNZ is the latest bank to tweak its home loan fixed rates lower.

But this reduction does not place BNZ as the most competitive for this term. At this time, virually no BNZ mortgage rates are market-leading.

This change comes after a flurry of rate cuts to fixed rates. Banks have shown much more of a competitive impulse with their fixed rates than with the OCR-initiated floating rates.

That is probably because bank floating rates are the base for much small business lending which they perceive comes with more 'loyalty' and is less likely to flee when faced with an uncompetitive interest rate.

So now is a useful time to review where the home loan rate 'market' has settled to.

HSBC still retains the lowest rate in the market at 3.95% but no-one else has attempted to match this rate.

The spread between the lowest one year rate and the lowest five year rate is now only 84 bps, its flattest since March 2009. (Update: An earlier version of this table had an error for the two year rate. The market leading rate is offered by Kiwibank.)

Wholesale swap rates remain at record lows and have fallen more than banks have passed on in terms of interest rate reductions.

They claim that is because risk spreads have risen. But even these are retreating now. And what these risk spreads actually are is fairly opaque. Public bond sale filings suggest these spreads are nowhere near as large as those indicated by the CDS indexes.

As always, you should try to negotiate a rate lower than the carded rates. Many banks will entertain that to either retain or win your business. But your negotiating strength will very much depend on the quality of your financial position

Here is where fixed rates stand after today's BNZ reduction:

How much of a difference are you really looking at between 4.1 and say 3.9?

In the scheme of things its only a couple of k per annum. Its more the principle of the matter.

"Only" a couple of k. Compound that over 25 years and see what figure you arrive at.

Just my thoughts but isn't it clearly obvious that banks with Australian ownership will be more constrained by their reliance on wholesale funding? Therefore, HSBC possibly does have an advantage if their funding is primarily sourced from deposits with the bank (on- and offshore).

Swap rates have taken another dive - should see most banks offering sub 4% mortgages by end of April and 3.5% by August

Kermit the Frog, we are floating $2.5m on 4.90% with ANZ and now shopping around. Was offered Westpac 4.05 for one year and 18 months + $15K cash back (bonded for three years), BNZ 4.09% for same term + 18K (bonded for four years) both required all income to transfer over. ANZ met rates + $5K to fix for minimum 6 months. We turned all down as want sub 4% and flexibility to stay agile in current deflationary market so have just called HSBC to investigate their 3.95% 18 month offer. I'd be really keen to hear how others are going. Observations are the cash back is $5K per bonded year across them all and all are resisting going below sub 4%.

KS thats really interesting, thanks. We have been rolling over 6mth terms for 18 months now, and it has generally served us well. I think we're still a wee way away from locking in longer than that.

Weve generally split our borrowing between 2 banks and been loyal to them , but I think its now time to test the market.

I have several mortgages with Sovereign via my mortgage broker. In the past I have got .4% to .5% of carded rate but that will be difficult to achieve now. 18 months ago I fixed one loan with them where they matched HSBC (4.45% for two years) At the time HSBC were leading the market down. I just have to present the evidence of their offer and they match it - no other questions asked.