A challenger bank takes a knife to their one year rate to claim a market-leading position at 4.10%, going lower than ASB's offer for that term

A challenger bank takes a knife to their one year rate to claim a market-leading position at 4.10%, going lower than ASB's offer for that term 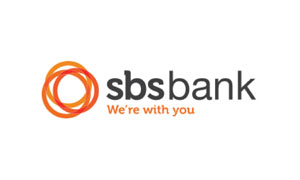 A -25 bps cut to their one year 'special' rate has them grabbing the market leading rate for that term, taking their offer down to 4.10%. It has trumped ASB's 4.15% rate.

No other rates in their rate card have changed.

They are made possible by the sharp fall in wholesale swap rates and the parallel winding back of risk premiums in the past three weeks, which coincidentally happened after the RBNZ surprised markets with a -25 bps cut.

As always, you should try to negotiate a rate lower than the carded rates. Many banks will entertain that to either retain or win your business. But your negotiating strength will very much depend on the quality of your financial position

Here is where fixed rates stand after the SBS Bank reductions:

Big applause all round SBS - leading the market. I suspect we may see sub 4% offers normalising soon...

What percentage of borrowers are now stuck on fixed 5+% rates?
Even fixed rates of 4.6/4.8 are looking very expensive now.
Be careful when/how long you fix in a strongly deflationary world.

I have been caught out but don't see mortgages heading Ove 5% for well over another year so hope to lock mortgages in at a lower level before then. At the end of the day it's swings and roundabouts.

could change quick when the liquidity dries up.
http://www.ai-cio.com/channel/REGULATION,-LEGAL/European-Pensions-Warn-o...

Andrew J, we are far from negative interest rates here, and our bank fund sources as I understand it are diversified???