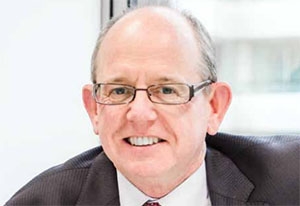 Former PwC chairman John Shewan has recommended a range of tougher disclosure rules in his Inquiry into foreign trusts in the wake of the Panama Papers, which showed how New Zealand's tax-free trusts were being used to disguise assets and transactions from foreign tax and other authorities.

"The Inquiry concludes that the existing foreign trust disclosure rules are inadequate. The rules are not fit for purpose in the context of preserving New Zealand's reputation as a country that cooperates with other jurisdications to counter money laundering and aggressive tax practices," Shewan said.

Shewan proposed a strengthening of the initial registration requirements for Foreign Trusts and allowing regulatory agencies to search the register.

He also recommended foreign trusts file an annual return that included their financial statements and details of distributions.

1. Some increase in information disclosure to include details of settlors and beneficiaries in trust deeds,

3. The same significant increase in disclosure coupled with a fully publically searchable register,

4. The full repeal of the foreign trust regime.

Finance Minister Bill English and Revenue Minister Michael Woodhouse released the 124 page report on Monday afternoon. They said the Government would look to implement the recommendations after officials had looked at the Inquiry in detail and reported back to Ministers. They said a formal response would be issued in the coming weeks.

Shewan said in the report New Zealand risked potential reputational damage because there was a perception internationally that New Zealand had weak laws around due diligence and "was generally a soft touch." He said New Zealand had been cited as a tax haven.

Shewan also recommended that the current exemption from anti-money laundering (AML) rules for foreign trust lawyers and accountants be removed before the end of this year, and before the Government's current plans to extend AML to lawyers and accountants by 2017, or even later. See Gareth Vaughan's article from last week on just how much work the Government still has to do to implement its long-mooted second round of AML reforms.

However, Prime Minister John Key said this particular proposal for an early AML implementation for trust lawyers was unlikely because it was seen as complex and quite bureaucratic. The Government preferred to include foreign trust lawyers in the full second round of AML reforms, rather than to bring them earlier than the end of this year.

Meanwhile, Woodhouse announced a strengthening of New Zealand's tax rules as part of the Government's work with the OECD on 'Base Erosion and Profit Shifting', which is aimed at increasing tax payments by multi-nationals that are currently able to shift revenues and costs around the globe in a way to minimise their total tax payments.

Woodhouse said the next steps would include stronger rules preventing excessive payments from a New Zealand company to its foreign parent, greater disclosure requirements for multi-nationals, and further sharing of tax data with foreign authorities.

Meanwhile, the Inland Revenue Department released its own statement with more details on the plans for tougher rules for multi-nationals referred to by Woodhouse. They included:

1. Limiting the use of look-through companies as conduit vehicles for non residents investing in foreign assets that generate income that is not taxable in New Zealand,

2. Introducing hybrid-mismatch rules to prevent companies avoiding tax by structuring their businesses or financing arrangements to take advantages of differences between New Zealand and other countries,

3. Strengthening interest limitation rules to further limit the ability of multi-nationals to strip profits out of New Zealand through excessive interest payments,

4. Applying stronger OECD transfer pricing guidelines, which determine how much of a multi-nationals profit should be taxed in a particular jurisdiction,

5. Automatically exchanging a non-residents investment information internationally to limit the ability of non-residents to hide assets offshore ("This is much like FATCA but not limited to the US).

6. Requiring large multi-nationals to prepare country-by-country reports, including the allocation of income and tax paid. These would be shared with other tax authorities to get a full picture of a company's activities in all countries.

so we pay someone to tell us all what we already knew,
did not IRD bring this up ages ago
How many of JK's statements on the topic said there is nothing wrong here, its labours fault,
time he actually got down to doing something and fixed this up or does he need another 8 years to wallow around

So we must thank those who released the Panama Papers...
Go hackers ?

We already knew and government who too knew but as now have data,hopefully will act now to save nz reputatiion but act now and not next year. If it affect some peopke who were trying to hide their illegal money - so be it as that is what is needed to clear the system.

"Shewan said the current rules were inadequate and "not fit for purpose"" - hardly the grand endorsement for the current situation from the Prime Minister just a few weeks ago.

It is well past time to fix things up to where they should have been years ago. Let's hope the recommendations are put into place quickly - and not just 'most' of them as the PM suggests.

Sadly I don't think this Government wants to do anything that may upset our main economy growth driver - Property prices. And we all know where most of the money laundering gets laundered, that's it property.
Move on nothing to see here says Mr Key.

Our PM will deny everything and do nothing but when exposed will pass the blame.

Mr PM listen to the voice of the people, atleast now or be ready for Jkexit.

National may feel that their will be no jkexit but remember no one thought of brexit also.

I'd be very surprised if they do nothing here. Sherwin says the current regime enables money laundering and aggressive tax practices (tax avoidance). He says it may damage NZ's reputation. These are very big issues. If the govt. ignores them the opposition can rip into the Nats, it'll look like they are in bed with crooks

I agree, it should be pretty hard for the Govt to ignore it. But what I still don't get is just why they didn't get it earlier.

IRD said it years ago. I first put up much the same solution as Shewan has now proposed (to which he's added a tank full of rocket fuel, aided by a serious team of helper elves) here way back on 11 April, and since.

I don't expect the pollies to read everything, or follow anything they do, but it's hardly rocket science. A system just as good for legitimate users as for some of the world's biggest crooks. OK, so, what's the issue?

I can try to tell myself that the vast wall of noise may have distracted them, and opposition parties and media focused on side issues didn't perform the usual democratic function of forcing them to think, but years of official advice and a full 3 months of stark reality exposed, and now again by Shewan, it's wearing thin as a functional hypothesis...

Yes, I'm shocked they didn't fix this earlier, especially with IRD telling them to do it. Looks very bad, like they wanted to assist this very bad practice. Then they denied there was a problem at first when it hit the front pages. With the media attention it has got worldwide, it has turned into something that had to be fixed. But should never have got this far, very very poor show from the government on this previously.

true enough moa man, except in the case of NZ foreign trusts, where neither the foreigners nor their money is in NZ.

Privately, JK is cursing the leak of the Panama Papers. He really really wanted us to be a proper tax haven; the Switzerland of the Pacific. Tax dodgers,arms dealers , drug dealers and dodgy forex dealers, they would all have been welcome.
Will we ever get round to dumping him?