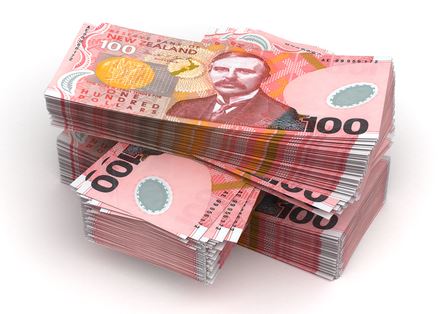 Under one of three options put forward in the Financial Markets Authority's first funding review since it was formed in 2011, the regulator says it would not be able to afford to probe banking and insurance conduct.

This option is, however, the cheapest of the three and not the FMA's preferred option. Indeed, CEO Rob Everett told interest.co.nz last week that with the Financial Markets Conduct Act to be finally implemented by December, the regulator is then keen to help "move the needle on the dial in terms of how financial services treats its customers."

A Ministry of Business, Innovation & Employment consultation paper outlines the three funding options. These come after the FMA hired Deloitte to do an "effectiveness and efficiency review." The Government is planning to retain taxpayer funding of the FMA at the same $11 million annual level it's discredited predecessor the Securities Commission received. Any funding increase will come through increasing the levy paid by financial markets participants, - companies the FMA regulates.

Simon Botherway, chairman of the Financial Markets Authority Establishment Board, told interest.co.nz in 2010 the FMA probably needed double the Securities Commission budget to be really effective.

The three options are outlined as a "base case" that includes funding of $35.6 million, with this described as the "minimum viable case" by the FMA's board. This option broadly represents today's expenditure and activity levels, plus investment in intelligence and data management systems.

The second option is the "enhanced case", which features funding of $38.6 million and is the FMA's preferred option over the next four years. Among other things it's said this option would; enable the FMA to proactively identify risks and regulatory gaps within its mandate and on the regulatory perimeter, and faster implement mitigations such as deregistrations from the Financial Service Providers Register. It would also build the FMA's ability to assess harms and oversee conduct in the insurance and banking sector, and enhance the FMA's ability to deal with disruptive market events.

"We note that a significant portion of ASIC's additional funding ($57 million of the total $127 million as recently announced by the Australian government is also specifically directed at monitoring and surveillance of key sectors of the industry e.g. financial advice, responsible lending, life insurance, and breach reporting. $61 million of the additional funding is to be directed towards improving data analytics and surveillance abilities," the consultation paper says. (ASIC is the Australian Securities and Investments Commission).

The FMA's preferred option would effectively mean an annual funding increase of just shy of $10 million, or 35%.

The third funding option outlined is the "lowest case", that features funding of $33.4 million, which the FMA believes would compromise the delivery of its mandate. Implementing this option would see no activity in the FMA's regulatory perimeter, which currently includes banking and insurance conduct.

A damning report on the level of ‘churn’ in the life insurance sector released by the FMA last month found that of the top 1,100 life insurance advisers, 200 have a high rate of replacement business or churn. In other words, 200 are likely to be encouraging their clients to chop and change insurers, even if it isn’t in their best interests, so they can earn up-front commissions of up to 200% of their client’s annual premium, or soft commissions like overseas trips.

Commerce and Consumer Affairs Minister Paul Goldsmith has called for submissions by August 22.

“The FMA requires sufficient funding to carry out its statutory responsibilities and maintain confidence in New Zealand’s financial markets,” says Goldsmith. “The FMA’s budget was set in 2011, prior to the implementation of the Financial Markets Conduct Act 2013. This Act has led to the FMA having significantly greater functions and responsibilities."

As noted above, the Government's preferred position is for the additional funding sought by the FMA to come from financial market participants via the FMA levy. The levy is one of three funding sources for the FMA alongside Crown/taxpayer funding and revenue from fees, (see details in the chart and table at the foot of this story).

“We want to hear what consumers, industry groups, financial market participants and businesses that have an interest in the FMA think of the options presented and proposed changes to the FMA levy,” adds Goldsmith.

The proposed levy amounts, also detailed below, represent between 65% and 70% of the FMA's total funding.

The consultation papers outlines that banks with total assets exceeding $50 billion - ANZ, ASB, BNZ and Westpac - would pay a levy of between $340,000 and $540,000 depending on which FMA funding option is chosen. They currently pay $304,348. Smaller banks and non-bank deposit takers would pay less in a tiered system based on the value of their total assets. At the lowest point, firms with total assets of less than $20 million would pay between $2,000 and $3,000, depending on the funding option selected, up from $1,739 now.

All up, banks and non-bank deposit takers, would pay just 11.2% of the total levy even though they oversee about 85% of New Zealand's financial assets. Banks included in two or more levy classes such as derivatives or offerers of managed fund products, would also have to pay levies for these activities, although they are very small sums in the context of the major banks.

Budget a 'fraction' of counterparts overseas

The FMA was established on May 1, 2011, assuming the regulatory functions of the Securities Commission, the Government Actuary and certain regulatory functions of the Minister of Commerce and the then Ministry of Economic Development. The consultation paper notes that even prior to the FMA being established, the Securities Commission’s operating budget was seen as a "fraction" of counterparts overseas.

"When the FMA was established, Cabinet approved the FMA’s budget arrangements, noting that the annual operating costs of the FMA (excluding the litigation fund) would be $24 million in 2011/12, increasing to $28 million in 2013/2014, before settling at $26 million in 2014/15 and out years. For 2011/12, Cabinet agreed that the $26 million appropriation was to consist of $11 million in taxpayer funding (the same level that the Securities Commission received) with the rest to be recovered through third party funding," the consultation paper says.

Australian Treasurer Scott Morrison said earlier this year banks and other financial institutions would contribute A$121 million of the A$127 million funding boost for the Australian Securities and Investments Commission with just A$6 million from taxpayers. This funding increase reversed earlier A$120 million funding cuts. The Australian government plans to introduce a fully user pays ASIC funding model from the second-half of 2017, covering ASIC's entire A$330 million a year budget.

Lets give this spending some perspective.

How many kilograms of WMP will it take to pay for all this spending?
How many tourists with a daily spend of $200 per day will it take?
How many logs to be piled up on a wharf somewhere?
How many fat lambs?
Or what about the number of fat cattle or tonnes of fruit, bottles of wine etc?
How many container loads of high end electronic products ???/

“the regulator says it would not be able to afford to probe banking and insurance conduct.”

What exactly have they been doing with the budget?

Isn’t the majority of kiwi’s wealth and security tied up in these institutions?

AMI collapsed, Banks feeling the strain under a mountain of Ag debt, and Housing Debt

Are they taking the ambulance at the bottom of the cliff approach?

Congratulations FMA on your statement that “it would not be able to afford to probe banking and insurance conduct”.

They have given the green light here for the banking sector to do whatever it wants. Perhaps they can generate money by imposing more fines on AFAs who appear to be an easy target whilst letting the banks do whatever they want.