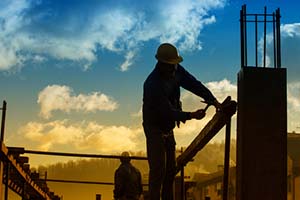 Statistics New Zealand has taken the most unusual, embarrassing - and late - step of delaying release of important jobs figures.

A new revamped Household Labour Force Survey was due to be released next Wednesday as part of the three series of job figures Stats NZ normally releases together.

The other two release will go ahead but the HLFS - which is the main employment/unemployment measure, will now be released two weeks later on August 17.

Stats NZ didn't give specific reasons for the delay, but the delay is likely to prompt speculation it was unhappy with the data it had.

The significance of the delay is that this release will now not take place till after the Reserve Bank has next reviewed the Official Cash Rate on August 11. Jobs figures are obviously one of the important economic measures the central bank looks at in making its decision.

The announcement of the delay will have also caught major bank economists on the hop, with many of them having already posted previews of the jobs data.

This HLFS is the first official release since Statistics NZ implemented changes to the way it measures those “actively seeking work”. The extent of historical revisions has already been announced, with the changes lowering the number of people classed as unemployed and participating in the labour force.

Stats NZ said in a statement: "We sincerely regret the delay."

It said the last time a delay to a key quarterly release occurred was in 2011.  The gross domestic product (GDP) release was delayed to ensure that methods for measuring GDP adequately accounted for the Canterbury earthquakes, and to get supplementary data for the quarter’s release.

Stats NZ labour market and household statistics senior manager Diane Ramsay said the delay to the HLFS would "give time to check the June quarter figures following the redevelopment of the HLFS earlier this year".

"It will also allow time to finalise the statistics and complete the quality assurance process and analysis of changes.

“Statistics NZ is committed to producing the best-quality information possible and we apologise for any inconvenience to people who use this information. We sincerely regret the delay.”

The June quarter figures for the Quarterly Employment Survey (QES) and the Labour Cost Index (LCI) will be released as planned at 10:45am on 3 August, but without the usual media lock-up before the release.

The significance of the delay is that this release will now not take place till after the Reserve Bank has next reviewed the Official Cash Rate on August 11. Jobs figures are obviously one of the important economic measures the central bank looks at in making its decision.

This failure of data collection in respect of the RBNZ's interest rate cut path are not related in reality. The latter is determined by factors more aligned with the beliefs of religion than crafted facts.

It is noticeable Japan once again produced a negative inflation data release today, despite an array of negative interest rate structures expected to resolve matters in a different way, over many decades.

"The latter is determined by factors more aligned with the beliefs of religion than crafted facts"
...ahh, porque?

You always quote the case of Japan, but who really expects anything different from that economy?
An economy that is so intrinsically different to that of NZ...I just don't see the point in comparison.

All central banks are following the lead of Japan. What is happening in Japan will be our future too unless we change course.

Japan are looking strongly at helicopter money, the other central banks have only talked about it.
http://video.cnbc.com/gallery/?video=3000538627

As it turned out the big surprise lay elsewhere.

I believe, that one of Japan’s most pressing issues is “dollar” and not just its own economic disaster. After all, Japanese companies that have been for decades upon decades financing in “dollars” have done so via Japanese banks. For the BoJ to step in for them at all confirms a great deal about what we long suspected with regard to the world’s biggest problem. Read more and more

The entire age of the Great Recession and its aftermath has been one violation of positive economics after another with economists flat refusing observation and to own up to failed predictions, preferring instead to remain curled up in the fetal position blindly invoking the recovery that should be and how it is still just a little further over the horizon even though nine years have now passed. Read more

Data - As trust level is very low - how does one trust the data that is realized only if it suits government and also of realizing time that suits them or if forced to realize, play with words or manipulate in such a way way ( like last time Overseas data, questions were not framed properly-Hopefully will do it this time) that violate the basic purpose for which they are been realized.

Manipulation take place only when have something to hide and is not just.

Under the no surprises policy Statistics NZ have been told to revise their statistics in line with Party Policy.

Shame. Do we need government that not only is arrogant but also manipulative to suit their hidden agenda.

The cynic in me thinks they are making fudge, which takes extra time to do good eh.

A good journalist would go fishing, with the staff email list, for an anonymous/off the record comment.

not a good look

They have already changed the way they are measured to fudge them down, but obviously even with that they still don't look good.
So they are taking a couple more weeks to see what other dishonesty they can brew up.
Dishonest Johns government never ceases to amaze.
http://www.scoop.co.nz/stories/PO1606/S00358/stats-used-to-fudge-unemplo...

Tis gullible to put any faith in any form of these cooked govt stats. The only real measure is total, non pension, welfare beneficiaries - which has been falling for a decade.