Breaking news: Auckland to remain at L3, the rest of the country to remain at L2 for 12 days until August 26; Decision to be reviewed on August 21 More soon. 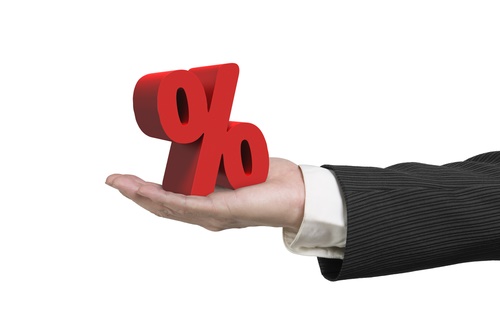 ANZ's economists are raising the possibility that the Reserve Bank might start hiking interest rates as soon as the second half of next year.

The Reserve Bank itself is not currently forecasting any rate rises in the foreseeable future.

Any rate rises next year could potentially have a big dampening impact on the housing market, which has been fuelled in large part by the low and falling interest rates.

In their latest Economic Outlook publication and reiterated in this week's Market Focus, the economists say they now expect the RBNZ to start gradually removing stimulus by mid-2018.

"However, we currently see the risk skewed towards earlier action and would not completely rule out RBNZ hikes in the second half of 2017."

The RBNZ dropped rates, with a quarter of a percentage point cut to the Official Cash Rate, as recently as last month - taking the OCR to a historic low of 1.75%.

The RBNZ's projections saw no rate rises before the end of the current forecast period, which runs till December 2019.

However, in a speech two weeks ago, RBNZ Governor Graeme Wheeler appeared to subtly move the central bank's position.

He said the trend of downward pressure on our interest rate structure, asset price inflation, and upward pressure on the New Zealand dollar "may finally be turning", though stopped short of making any tweaks to the RBNZ's forward projections. The central bank's next Monetary Policy Statement and detailed forecast will now not be released till February 9.

The ANZ economists say that "price tension" is finally emerging and the inflation cycle is turning upwards.

"Base effects from a stabilisation in oil prices alone are expected to see headline inflation return to the RBNZ’s target band [of 1%-3% inflation] in [the fourth quarter of this year] for the first time in over two years, they said.

Inflation pressures are building and are expected to continue to build as the economy increasingly "butts up against capacity headwinds", they said.

"Those pressures are already apparent in the construction sector (and construction costs), but they are forecast to broaden with the economy continuing to expand at an above-trend pace and wage inflation lifting."

They expect 50bp of rate hikes in 2018. and say that their "recent shift in policy rate expectations" for both the US Federal Reserve and Reserve Bank of Australia "mean that the RBNZ should be able to lift its policy rate without unwanted upward pressure on the [New Zealand dollar]".

Interest rate rise will not make any difference to the housing market as the Major Banks have already caused a Lending crisis by restricting lending to Developers, Builders and it's racist restriction on overseas income for new residents and New Zealand citizens.

Wow.
All you need is a soapbox to make the character complete..

Racist, really? You understand it's difficult to prove overseas income right. It came off the back of rampant misrepresentation over income in the aussie market... as a depositor, I am happy banks are exercising caution.

it is better for banks to cause a crisis by finally being prudent, than to have a crisis thrust upon them.
If banks were to divert their lending away from investors buying existing homes and directed that lending to developers and builders, there would be more than enough funding for required new housing

And .... for the last two cuts the banks passed on .10% only to the variable rates so we should expect a similar negligible rise if it does go up - and given their argument for not cutting fixed rates in this period - and in fact increasing them despite the cuts was about offshore funding costs they will surely not put up the fixed terms either yeah right

price tension will appear soon enough if our dollar keeps dropping,fuel increases,imported food and vehicles,tyres.walk around the warehouse,briscoes and kmart and find something made in NZ.

Fantastic! We could do with a big recession asap. Too much winning going on in this country. We need to lose for a while. Just so we don't get arrogant.

Cameron Bagrie was on RNZ this morning claiming rate rises were 'a long way off'. Someone on the other side of his office must have other ideas.

And rates have now gone up. Wouldn't think less than a a month was a long time