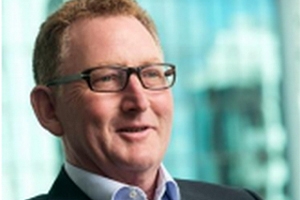 Orr will succeed Acting Governor Grant Spencer from March 27. Robertson says Orr was unanimously recommended to him by the Reserve Bank's board. Orr has been appointed for a five-year term, which will follow Spencer’s six-month term. Spencer succeeded one term Governor Graeme Wheeler in September.

Orr, given his previous stint as Deputy Governor and Head of Financial Stability at the Reserve Bank between 2003 and 2007 and highly successful 10-year run as CEO of the NZ Super Fund, was considered a serious contender for the Governor's role. The leading internal contender was Deputy Governor and Head of Financial Stability Geoff Bascand, who confirmed to interest.co.nz in August that he was keen on the job. Orr's communications skills may have counted in his favour, especially as this was an area of perceived weakness during Wheeler's five-year tenure.

The Super Fund, which currently stands at $37 billion, has returned 10.5% p.a. since inception, - after costs and before NZ tax. Over the last five years it has returned 16.2% p.a. The Super Fund has also been one of NZ's biggest corporate taxpayers, with its $1.2 billion 2016/17 tax bill representing 9% of the total New Zealand corporate tax take. (Here's an interest.co.nz video interview with Orr from 2015).

Attending the Prime Minister's post-Cabinet press conference on Monday afternoon, Robertson told media Orr has the skills to successfully lead the Reserve Bank through a period of change. Robertson says the first phase of the Government's review of the Reserve Bank Act, looking at the objectives and decision-making processes and role of the Board, will be largely completed by the end of March when Orr's tenure begins.

Robertson says, as required by the Reserve Bank Act, he'll sign a Policy Targets Agreement (PTA) with Orr before he takes up his appointment.

“While it will not be possible to pass legislation to amend the Act to reflect any changes from the review before the PTA is signed in March 2018, we will ensure that the new PTA is developed in a manner consistent with the direction of reform. If necessary, the PTA will be revised again after the Act has been amended to reflect any changes from the review that cannot be reflected within the provisions of the current Act," says Robertson.

"He [Orr] has run the Super Fund extremely well. It is one of the most successful sovereign wealth funds in the world. So the experience he got working in the real economy will be very useful as we move forward down the path of change we are going down with the [Reserve] Bank," says Robertson.

The Finance Minister described Orr as a person he has long held in high regard for the work he has done at the Super Fund.

"And certainly when I thought about people who could do the role he was there."

Robertson said Orr was near the top of his list of preferred candidates.

"I do think this will be an appointment that will be welcomed right across the financial sector. Mr Orr is highly regarded. He does have expertise in the technical sense from his time at the [Reserve] Bank previously, and is obviously a very well respected CEO as well. We're delighted about the appointment," Robertson says.

"We do want to make sure the [Reserve] Bank has a focus not just on price stability but also on how do we maximise employment, how do we ensure that the overall wellbeing of New Zealanders is taken into account. The review group is getting underway and looking at what kind of language could be included in the [Reserve Bank] Act. We'll use that to reflect into the PTA," Robertson says.

“Together with his chief executive experience at the New Zealand Superannuation Fund, the Board agreed unanimously that he can bring to the role of Governor of the Reserve Bank strong leadership and commitment to ensure the Bank is fit for its wide role in the New Zealand economy,” Quigley says.

Robertson told media Orr was part of the Reserve Bank's new Governor appointment process before the Labour-led government took office. He says Orr’s salary will be “within the range of the current governor," noting this would involve "a significant pay cut."

Orr's pay rises over the past two years came under criticism from State Services Commissioner Peter Hughes and the previous National-led government.

Orr has been CEO of the NZ Super Fund since 2007. From 2003 to 2007 he was Deputy Governor and Head of Financial Stability at the Reserve Bank. He was Westpac's New Zealand Chief Economist from 2000 to 2003, and Chief Manager of the Economics Department at the Reserve Bank from 1997 to 2000. Orr has also worked at the National Bank of New Zealand, the Treasury, the OECD and the New Zealand Institute of Economic Research.

Below are comments on Orr's appointment from Westpac NZ chief economist Dominick Stephens.

Adrian Orr has been appointed Governor of the Reserve Bank of New Zealand, and will begin his five year term on March 27.

This will be seen by markets as a balanced and credible choice.

Adrian is currently Chief Executive Officer of the New Zealand Superannuation Fund. He has done two previous stints at the Reserve Bank - from 1997 to 2000 he was Head of the Economics Department, and from 2003 to 2007 he was Deputy Governor and Head of Financial Stability. Between those stints he was Chief Economist at Westpac, where a key part of his role was to monitor and forecast the Reserve Bank's actions.

While this is not an internal appointment, Adrian is closer to being a Reserve Bank insider than other recent Governors. Neither of the past two Governors had ever worked for the Reserve Bank before they were appointed, and Don Brash worked there only briefly as a graduate.

Adrian will start with an excellent understanding of the Reserve Bank and both of its key policy functions, monetary policy and financial sector regulation. He is well known as a strong communictor and is no stranger to the media, which bodes well for the clarity of communications with financial markets.

The key area of interest to us is how the new Governor will interpret the intended "dual mandate" - the Government's intention to have the Reserve Bank target both employment and inflation. The law won't be changed before Mr Orr starts, but the Policy Targets Agreement signed by the incoming Governor and the Minister of Finance will reflect the spirit of the impending law change, so the RBNZ's reform will presumably start immediately.

We have been wary of the dual mandate, because it might make it harder for the Reserve Bank to raise interest rates and rein in inflation when it is too high (since doing so could conflict with a directive to maximise employment). With Adrian Orr as Governor, we would expect the Reserve Bank to remain realistic about what monetary policy can achieve in the long run, while at the same time paying attention to employment over economic cycles.

The New Zealand dollar rose half a cent on the news of the appointment, and interest rates rose slightly.

Good luck ( seriously!), but this intrigues me a tad " Robertson also acknowledged Orr was near the top of his list of preferred candidates.". Shouldn't the new Governor have been at the very top?

Not everyone wants the job.

Perhaps I didn't put it well!
Whenever I took someone on, they were 'exactly' who I wanted - whether I got the person I really wanted or not. I'd never say "well, I got second best " etc...
(Also, by the time the headhunters have done their job, The List is only those that are likely to take an offer.)

Wow, was not expecting that. More than a 50% pay cut to take this job.

Yippee - now we can get back to the previous Orr policy of RBNZ forex swap intervention disclosure denied by Spencer - sunlight is the best disinfectant.

Depends if he's "with the program". As part of his contract negotiations, he will have to align with comms policy. Furthermore, he will likely have to conform to the collective thought of his organization.

Congrats to Adrian Orr, may he do right by the noble race of gingers that he represents.

A great choice! Perfect fit for the job!

Undoubtedly, Adrian is a high-level thinker with oodles of experience and commonsense.

Labour/NZ First is damned lucky to have him in the Governor role.

He will do a top job.

So, what is Winston's take on this ?

Congratulations Mr Orr. I am glad that they all recognise "the ability to manage change" might come in handy soon. Sad the previous Government did not support the superfund though these last golden years.

I'm hoping Orr will be more media friendly. Wheeler wasn't interested in talking to media and only did the bare minimum.

I think Orr is a good choice. One little point though when considering the adulatory comments on his stellar super fund career; his tenure co-incided with a very long bull run, during which even mugs like me have achieved stellar returns. And we won't mention the Spanish debacle.

Your last comment was a bit of a cheap short.Have another look at the interview where he explained the long term goals of the fund.

Not sure how you conclude it's a cheap shot. It was a bad call made under Orr's leadership. Doesn't detract from his brilliant overall performance as fund manager and that he'll make an excellent governor but it's still factual history.

Had the Nats continued making contributions from 2009 til this year as the markets were rising we could have had a $100b super fund by now. Just like they didn't start one in the 1970's. I thought Nats had an eye for making a profit? Obviously they're too stupid in terms of investing in the future whether it be human capital (paying people decent wages/good education) or financial capital.

Yeah, and the GFC and CHCH EQ never happened.

It would take many years before confidence was restored to the point where it was prudent to restart contributions. Governments haven't the luxury of being able to gamble with public money. Suspending contributions was the prudent thing to do. Where English and Joyce got it wrong in my view, is that they should have begun tipping money back in 3 years ago when it was becoming clearer that NZ had contained the threats to its economic system.

That last 3 years was a disappointment for me too. Rather than investing now to address the boomer pension bubble the decision was "oh, we'll put the pension age up for the next generations as soon as the last boomers are safely through".

Certainly a great choice, but I hope that they have somebody as good trained up for his old job.