The Productivity Commission's Patrick Nolan says getting a clearer picture of what success looks like can help illustrate the challenges facing New Zealand firms striving to be world class
21st Jul 20, 8:56am by Guest 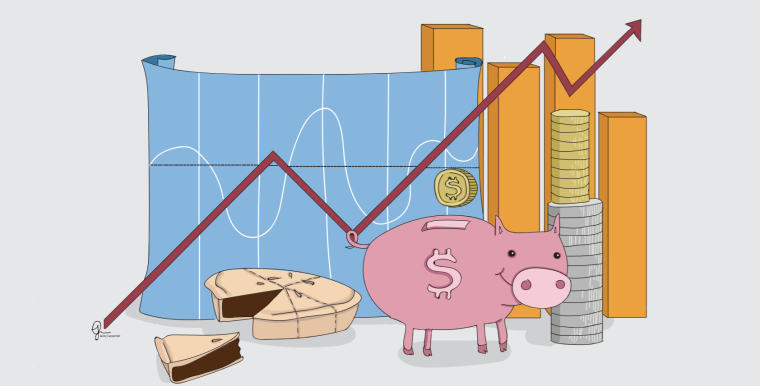 New Zealand’s economic recovery from COVID-19 will not be quick or easy. And our ambition must be that not only will New Zealand bounce back, but it will thrive in a post-COVID world.

One thing that would boost the recovery would be for more Kiwi firms to strive for and push out the boundaries of productivity (the “productivity frontier”). With this in mind, the Productivity Commission is currently looking at lessons that can be learnt from New Zealand’s most productive firms. This includes looking at the innovative new technologies and business practices these “frontier firms” use, and how innovative ideas and ways of doing things could be spread more widely throughout the economy.

So what exactly is a frontier firm?

This definition is useful for some purposes, such as making international comparisons, though it is not without problems. For example, some such firms may be regarded as leading edge and successful, but simple measures of productivity may not rate highly under current measures of their profitability and productivity.

Different approaches to identifying frontier firms could be to look at criteria such as export success, return on assets, revenue growth, a preponderance of highly skilled employees, and the use or development of advanced technology. The impact that firms have on the natural environment and the community, along with how they treat their workers, are also important considerations.

Another perspective can be provided by looking at the various lists of high-performing businesses compiled by different organisations. One example is Deloitte’s database of the 200 largest firms in New Zealand. In work for the Productivity Commission, Deloitte looked at the performance of these firms for each year from 2000 to 2019. They then compared these results to those of the general business population using Stats NZ’s annual enterprise survey.

The Top 200 is a very small segment of Kiwi firms. There are around 300,000 firms with employees in New Zealand, so the 200 largest companies are very much the top of the top. In contrast, an OECD definition of the frontier as the top 10% would include around 30,000 firms.

Deloitte’s work showed that when ranked by revenue there are 40 “billion-dollar companies” in New Zealand (companies with revenue above $1 billion). This was up slightly from 37 in 2008 (in inflation- adjusted terms). The size of firms drops off rapidly, with the majority of the Top 200 having revenue of below half a billion (109 companies in 2019) and a third having revenue below $300 million.

Profit is another important measure of firm performance. As with revenue, the distribution is highly skewed, with around a quarter of Top 200 firms having profits of $80 million or more. These are not necessarily the same companies that perform best in terms of revenue. For instance, in 2019 Fonterra was ranked first on the list by revenue, but 199th when measured by profit after tax, largely as a result of asset write-downs on its offshore businesses. Around 60% of the firms on the Top 200 have profits of $60 million or less, and a third have profits of $10 million or less.

Deloitte’s work also showed that between 2000 and 2019 there was a significant increase in overseas ownership of Top 200 firms. This change appears to have been driven in part by the growing presence of the Australian Stock Exchange (ASX) in New Zealand, and a fall in the share of Top 200 companies listed on the New Zealand Stock Exchange (NZX).

Two industries accounted for around 50% of the total revenue of the Top 200 firms in 2019: manufacturing (26%) and retail trade and accommodation (23%). No other industry accounted for more than 10% of total revenue. Among manufacturing firms, 40% of revenue came from just three companies – firms heavily reliant on exports, including dairy or meat product processing.

Overall, the Productivity Commission’s goal is to understand the contribution of frontier firms to New Zealand’s overall productivity performance. As a starting point it is useful to take a close look at frontier firms based on a variety of measures – including the firms captured in Deloitte’s Top 200 list.

Getting a clearer picture of what success looks like can help illustrate the challenges that Kiwi firms striving to be world class face, and where important opportunities for improvement might lie. To find out more about the Commission’s inquiry into frontier firms – including what the inquiry will cover and how to make a submission – you can join this free lunchtime webinar on Wednesday 22 July or visit the Productivity Commission website.

*Patrick Nolan is Director of Economics and Research at the New Zealand Productivity Commission.

Productivity Commission acts like a really knowledgeable chef who never cooked one dish but always lectures others on how to.

NZ, for lack of all high tech manufacturing industries and lack of any plans to develop any of such industries, will NOT experience level change in productivity.

All the commission has suggested to date will only tweak at the margin at best.

Productivity Commission acts like a really knowledgeable chef who never cooked one dish but always lectures others on how to.

Reminds me of a certain commenter around these parts.

Actually there is technology manufactured in New Zealand. It just flies under the radar for most people.

You don't need high tech manufacturing, instead you need the benefits from that technology. Faster and more efficient access to economic activities. Automation of processes, and an increased focus on human decision making rather than decisions that can be made by software (whether it is something like a simple spreadsheet or an AI technique).

Of course the Productivity Commission is researching what productivity is. Perhaps one day they will be able to explain it to the Prime Minister and all the MPs.

Have read the Productivity Commission’s draft report on “embracing technology”

What is a Mediation Platform?
“Mediation platforms centralize access to multiple networks in one SDK integration, leveraging an optimization algorithm to determine which mediated network can fill the developer’s inventory with the highest CPM”.

It would be helpful if the Commission identified which sectors of the economy are under-developed and which sectors could benefit from what technologies. One assumes they are not talking about mechanisation

Most technological advances come out of America – so what direction are they going in – what major advances have they achieved in the last 2 years?

How many Productivity Commission Reports has the Government implemented?

"How many Productivity Commissions Reports has the Government implemented?"

I'd love to see that question put to the party leaders on a tv debate.

4 June 2020 - Frontier Firms
Michael Reddell - Macro Economist - says
"The Productivity Commission last week released a report done for them by David Skilling on “Frontier Firms”. That is the topic of the Commission’s latest inquiry, handed to them by the Minister of Finance. Personally, I reckon the topic is mis-specified and will tend to drive people to focus on symptoms more than causes"
https://croakingcassandra.com/2020/06/04/small-economies/

The Frontier Firms concept is fundamentally broken. All it is doing is concentrating on past performance gains and then attempting to copy the process. That fails to deal with the productivity improvements that are all coming from different areas and needs to be looking to the future. Perhaps that is another way of saying focus on the symptoms rather than the causes.

All companies no matter the size can implement productivity improvements, so the definition is prejudicial and nullifies any conclusion the commission reaches.

Exactly how productive is the Productivity Commission? I think we all know the answer.