Journalists have a yarn about immigration settings being in flux, who will feel the pinch of tighter mortgage lending restrictions, and next Wednesday's big interest rate decision

Journalists have a yarn about immigration settings being in flux, who will feel the pinch of tighter mortgage lending restrictions, and next Wednesday's big interest rate decision 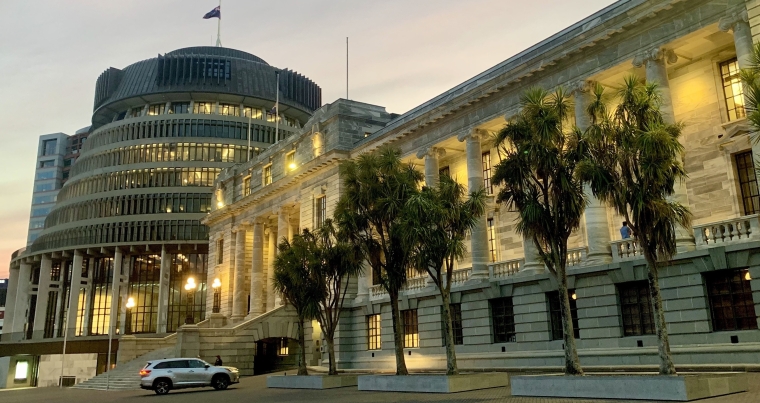 Journalists, Bernard Hickey and Jenée Tibshraeny, discussed the news of the week on a podcast posted on Bernard's blog, The Kākā.

They discussed the Government’s decision to let horticulture and viticulture workers from Samoa, Tonga and Vanuatu into the country without quarantining, against the backdrop of its supposed immigration "reset” and a tighter-than-expected labour market.

On the one hand, the Government is signalling businesses need to rely less on low-skilled, low-paid migrant labour, but on the other hand, it’s making concessions for the Recognised Seasonal Employer (RSE) scheme.

Bernard noted how this was seeing it come under fire from businesses for being accommodative of the horticulture and viticulture sectors, not other sectors crying out for migrant labour. Jenée believed making the change would’ve been relatively easy, as the scheme is established. The Government also made the argument it provided the Pacific with economic support.

Bernard and Jenée noted how when the Government started signalling a shift in immigration policy, unemployment was forecast to be much higher than it is now.

They were of the view that while the environment in which immigration policy is being made is evolving, people need to be given some certainty.

Bernard and Jenée also discussed the Reserve Bank’s (RBNZ) proposal to tighten loan-to-value ratio (LVR) restrictions for owner-occupiers from October 1, as well as the Government’s decision to give the RBNZ debt-to-income tools.

Jenée pointed out how Finance Minister Grant Robertson waited eight months - during which time house prices sky-rocketed even more - before giving the RBNZ the greenlight to start designing a tool to restrict mortgage lending based on someone’s ability to service debt.

Bernard noted it’s often first-home buyers who don’t have as much income compared to the debt they’re seeking, and have relatively small amounts of equity, so the restrictions will hit them from both sides.

Bernard and Jenée said the direction the Government gave the RBNZ to effectively not harm first-home buyers in the way it fulfils its financial stability role, was proving well and truly second tier to its mandate to keep the banking system stable.

Our journos are independent and unbiased. If you want to support their work, GO HERE.

The pair talked about the RBNZ’s Monetary Policy Statement due to be released on August 18.

Bernard reiterated his view that the RBNZ should hold off raising interest rates until both consumer and wage inflation are sustained at a higher point. He was wary of the RBNZ tightening monetary conditions too soon, only to have to loosen them again - as it’s done in the past.

Jenée questioned whether this time might be different, because the amount of monetary and fiscal stimulus provided by central banks and governments around the world, in a relatively short period of time, has been seismic.

Bernard made the point money isn’t cycling through the economy as quickly as it did in the past.

The pair also discussed an opinion piece Jenée wrote a few weeks ago, raising concerns over how the poor are to pay the price for making the wealthy wealthier.

She didn’t want to under-state the significance of the economic response to COVID-19 protecting the labour market, but worried low-income people who don’t own assets, and thus didn’t benefit directly from low interest rates, will now be hit disproportionately hard by higher consumer inflation.

Listen to the discussion in full here.

i'd thought their skills are pretty highe because they sever me well.

the politicians in charge should be considered low skill because NZ is getting sicker day after day.

Every immigrant should have a high level of written and oral English language skills before entry is gained to NZ.

Or perhaps one of NZs official languages?

That's an interesting point. I looked for data on what languages people actually speak at home but couldn't find any.

Around 50,000 New Zealanders report they speak Te Reo Māori "well" or "very well". However given there are about 248,000 Chinese and 239,000 Indian immigrants it's quite possible that Mandarin and Hindi are actually the defacto second and third languages of New Zealand. In fact Te Reo Māori might be quite some way down the list!

to be honest, te reo Maori is like icing on a cake.

very very tiny proportion of even NZ population would learn to master a language without its writen form and used by very small population.

even with the govt money, it will become a dead language.

Te Reo courses currently have waiting lists to get in.

I would rather learn Te Reo than Mandarin even though the practicalities aren't there.

NZ born do not even have a satisfactory command of English.

Sensible but not practical.

Good chat. Just to link two points together, one benefit of lowering the immigration rate substantially would be to improve housing affordability over time through lower demand, increasing wage inflation, keep the employment rate up and increase CPI which would allow RBNZ to moderate rates. After all, with a birthrate at 1.6 children per woman, we are far under the replacement rate.

The dividend of demographics should be allowed to accrue to the working age population now.

This sort of chat should be on at 7.00pm TV...not the meaningless blither we get now.
Informed debate has been replaced by moronic magazine like twaddle and the projection of some sort of happy artificial kiwi world. We dare not expose our dirty laundry on msm at prime time.
Where has the sunlight gone?

TV is being produced for retirement villages, the average age of a viewer is only increasing.

Good from you Squishy.

IIRC one requirement applying to the RSE workers coming in from specific South Pacific islands is that they would have to be paid a living wage - around $23 per hour.

(a) were RSE workers paid a living wage previously or just the minimum wage or less?

(b) a higher wage for RSE workers is good for the island economies.