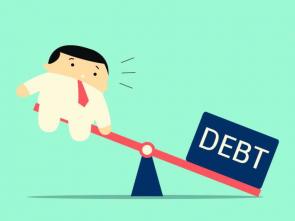 In the year to March 2016, lending to the dairy sector increased by 9% to approximately $40 billion.

During that same period, land prices in the dairy sector dropped 16%, according to Real Estate Institute (REINZ) figures. This fall in land prices means the increased lending is effectively funding the losses the banks’ customers are suffering as a result of the low dairy payout.

Key asset values are decreasing (land and livestock) and debt is increasing so owner equity and bank security is quickly eroding.

DairyNZ figures show approximately 50% of New Zealand’s dairy sector debt is held by the top 20% of its indebted farmers. This is a major concern.

After two seasons of below-average breakeven dairy payout levels and another difficult season forecast, banks are closely monitoring their highly indebted dairy customers. Winter has arrived when cashflow is at its seasonal low and additional requests for working capital funding are expected. So, dairy sector debt is likely to continue growing at similar rates to last year. This rate of lending growth is not sustainable at current payout levels.

There is intense scrutiny on any failures in the dairy industry with the finger routinely being pointed at the “heavy-handed” banks. However, little is said about the extent of the additional financial support being provided by banks to fund losses being incurred during this challenging period to ensure their dairy customers’ survival.

A substantial portion of this additional working capital funding is expected to result in increased bank provisions and bad debts. Not all farmers, especially over-leveraged farmers, will be able to repay all their debt and some will likely be forced to sell up. This could crystallise losses for banks.

The Reserve Bank has conducted stress tests on the five largest lenders to the dairy sector to assess their resilience to a prolonged sector downturn in the medium term. These tests involved two hypothetical scenarios. The Reserve Bank likens the first scenario broadly to the current market outlook; the second to a significantly more adverse scenario. Cumulative losses by the banks under these scenarios during the next four years are forecast at 3% and 8.5% of lending or, converted to dollar values, $1.2 billion and $3.4 billion.

So, are the banks being too supportive of farmers? Given the potential losses being forecast, the answer is probably yes. But they still see a bright long-term future for the dairy sector. Because they are highly profitable right now, the banks are prepared to share some of the short term pain to maintain customer loyalty and market share, and to avoid being seen as overly aggressive.

My concern is that many farmers are not taking the current situation seriously enough.
At present there seems to be an attitude of 'we will keep borrowing until the Europeans cut production and prices rise again', with no thought given to the scenario where prices do not rise.
With European milk production heading upwards still, and European farmers being paid more than we get, prices are not likely to recover anytime soon. Prices need to rise strongly in tomorrows auction or even $4.25 is under pressure.

Other than Keith Woodford, nobody else seems to be advocating that NZ farmers all change to split calving to allow Fonterra to run more efficiently and optimise their product mix.
I think Europe and China have changed the rules of the game in the last couple of years, and NZ is not adapting quick enough.

or keep pumping the nitrogen and palm kernal and compete with Europe?

Because they are highly profitable right now, the banks are prepared to share some of the short term pain to maintain customer loyalty and market share, and to avoid being seen as overly aggressive.

NZ Aussie bank subs' parents are in no mood to share anything but the minimum. Those sharing the majority of short term pain are unsecured depositors enduring the insult of 50bps 1 month deposit rates while wholesale funders and RBNZ secured bill investors score ~2.34% - 2.18% returns. Further out on the horizon those same unsecured depositors are legally bound to wear capital haircuts to recapitalise banks in the event of a declared solvency issue.

Case of having to, just biting the bullet having been significant in creating the problem.

"DairyNZ figures show approximately 50% of New Zealand’s dairy sector debt is held by the top 20% of its indebted farmers. This is a major concern."

There's plenty of blame to go around but I have little sympathy for banks who threw money around like confetti on the back of heroic forecasting by their teams of "international experts". I wouldn't confuse their actions now as acts of benevolence, more as kicking the can down the road in the blind hope of recovery. As others have pointed out it wont be them that ultimately wears the bulk of the loses.

SS I was in Southern country recently and the interesting chat was around how 'irresponsible banks are being with lending/farm price expectations' at the moment. Some of these farmers are looking to buy (the good Southern financially conservative types who have built a nice little 'war chest') and were walking away from potential opportunities due to the banks talking UP the price of farmland and payout. It wasn't just the Aussie banks they were talking about either. I guess the banks have to hope some silly person will come along and pay over the odds for their distressed client. There is some serious concern about the banks and their lending policies among some at present. Have you heard anything?

I suspect the banks are running scared. they have a massive problem and are hoping like hell that conditions change for the better. personally I dont think they have a clue as to how the situation is going to play out.

The reserve bank guv. has taken his eye off the ball as he has been trying to sort AKL housing problem.

Reserve bank is not sorting anything. They talk, they whisper, they scratch their heads, then they turn and walk away. What a blimmin mess. And if its true and the banks are talking up the dairy prices, once again they sell the problem down the road. Not on my watch seems to be every suits motto.

Mainly sheep and beef around here CO so not as much personal insight as yourself. I have heard that some transactions in Southland are still going through at circa $45k/Ha ,excluding shares ,which still seems extraordinary under the circumstances.

Considerable increase in volumes offered this auction , futures are down a touch
http://www.nzxfutures.com/dairy/quotes/wmp?locale=en

You are missing an important development. Interest rates for most of my farming friends have halved and the banks have given the impression that there are more cuts in the pipeline.
These interest rates are keeping the indebted in farming and the biggest problem, keeping production up. This is a supply problem and it's not going away.
Dairy farm values were way above what other land uses could pay. Many dairy conversions paid over 25k a hectare when sheep and beef farmers could hardly afford 10k. If these new conversions get converted back to sheep and beef the losses will be huge.
We now have stockpiles in the EU and lower for longer scenario playing out, at the same time we have a debt crisis in China which is our major market.
The banks are marketing dairy debt to fantasy, once the market realises this the banks especially if housing markets weaken, will have to pay a lot more for capital.
The destruction of savers incomes, along with pension funds,insurance and bank incomes, cannot last forever eventually interest rates will have to normalise.

Latest dairy farm sold in Canterbury $43,000/ha - previously been $53,000 + /ha for similar
Farms - Basically cost of irrigated support block of recent times. Dunno if banks talked this one up?! ....
Doubt much money would have been made as recent conversion & BCI irrigation.