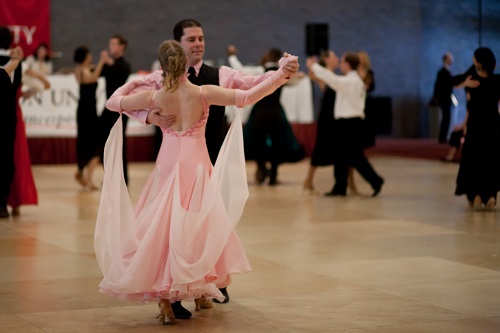 The Reserve Bank's decision to now give explicit projections of where it sees the Official Cash Rate heading is an intriguing move.

On the one hand it looks like nothing more than a policy tweak. But on the other it has ramifications both for how the RBNZ manages future expectations and for how 'the marketplace' forms expectations.

Up till now the RBNZ has indicated the likely future levels of the OCR in a magnificently 'raised eyebrow' manner. In the projections contained within its regular Monetary Policy Statements, the central bank includes a projection of the future anticipated levels of the 90-day bank bill rates.

That's right. They have never told us what they are expecting the OCR to be. But of course the mildly amusing bit about this is that the RBNZ clearly projects for its own consumption what it thinks the OCR's going to be - and then extrapolates to create a projected 90-day rate.

The 90-day rates have traditionally had a close relationship with the level of the OCR. So market participants simply trim a few basis points off the projected 90-day rates to effectively get back to the OCR figure that the RBNZ has projected in-house. A splendid little novelty Foxtrot danced by the RBNZ and the market.

Now, however, the RBNZ is ceasing the soft shoe shuffle and is simply going to lay bare its OCR projections.

The timing of the move is interesting.

BNZ senior economist Doug Steel said the change would "add transparency and clarity" and remove potential confusion for when the 90 day rate moves independent of the OCR as has happened recently following regulatory changes in global financial markets.

"Indeed, this benefit will occur quickly (and, no doubt, why the RBNZ chose to make this change now). Absent this change, it was possible that in November the RBNZ would have been publishing higher 90 day rate forecasts. The influence of offshore regulatory changes could have been misinterpreted as a domestic policy shift or, in the least, muddied the policy message.

"Conversely, if the RBNZ published an unchanged 90 day rate forecast it might have been interpreted as the Bank’s willingness to offset the upward pressure from offshore by lowering the OCR further. Publishing OCR forecasts explicitly avoids any such confusion, which can only be a good thing," Steel said.

All very sound thinking then. And put like that, you can well see why the RBNZ has taken the plunge now.

I can't help think though that adjustments are going to be needed on the part of both our central bank and the marketplace.

Previously by having its future interest rate projections strongly hinted at, rather than explicitly stated, the RBNZ could give itself some wiggle room. The August MPS projections for example appeared to suggest a baseline OCR of 1.6% in this rate cycle. Now that ain't going to happen. It would either be 1.5% or 1.75%. But under the slightly vague method of previous projections, the RBNZ has been able to have a bob each way. I presume when the November MPS comes out we will not be be looking at a 1.6% projection.

That's where it possibly gets a bit hairy for the RBNZ though. The assumption is that the OCR will be dropped to a new record low of 1.75% on November 10. The RBNZ has itself furiously raised-eybrowed the market into believing that.

My own view is that the strong economic signals and some signs of inflationary pressures visible in recent weeks will have cooled the RBNZ on the idea of further rate cuts after this one. BUT if the central bank indicates clearly (such as with a 1.75% OCR projection for the next year) that it is 'done' with easing for now, there is a chance that the Kiwi dollar will reignite. A US Federal Reserve raising of interest rates in December would help a lot - but the RBNZ doesn't know yet whether it will have that particular little helper.

Does the RBNZ then get ever so slightly disingenuous with OCR projections and go for a 1.5% low point for the OCR - perhaps knowing it ain't going to do that? Interesting.

For the market, it now has to deal with a blunt OCR projection figure as opposed to a slightly amorphous, worked-out one.

What the market participants are going to have to work out is how literally they take those figures.

I'm sure the RBNZ will be quick to stress that it isn't going to be held to these new projections; that is they are not statements of intent, they are simply the bank's best projection of the level of OCR needed based on current conditions and thinking.

I do see the possibility of some misunderstandings and therefore market (both interest rate and currency) volatility.

The change is a logical one and needed to be made.

But it is not quite such a simple change as might first appear. And it is going to need some careful management of both the RBNZ and market side of the fences.

The issue with holding the OCR is what's taking place with bond credit spreads - which are blowing out, which will lead to increased bank lending rates, which is the point of it all.
The RBNZ will need to reduce the OCR just to hold bank lending rates steady.

Why should the RBNZ want to hold the lending rates steady ?

If the cost of borrowing goes up , then those who had not planned for such an eventuality must live with the consequences