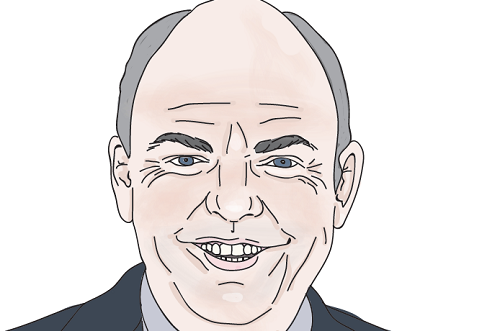 Now that Steven Joyce is to be given the Finance Minister reins, it is worth looking forward to what a Joycean finance ministry might bring.

Joyce took a very active role in his administration at MBIE. That often involved activist policy beyond what many economists would support – niche spending measures targeting particular industries, arbitrary goals for public sector outcomes that were not clearly justified in relation to the costs of achieving them, or regulatory interventions that did more to satisfy political itches than to rectify market failures. But it also involved laudable initiatives, like the Ministry’s push to make sure that central government regulatory barriers would not stand in the way of Rocket Labs’ intended space launches.

But the Finance Ministry is a different place from MBIE, and Bill English will be a different Prime Minister than John Key.

MBIE has fingers in a lot of pies, with lots of initiatives for pursuing regional or sector-level development.

The Ministry of Finance has Two Big Things. One is its role as a control agency for budgetary matters. The other is its role as the government’s chief economic advisor. These roles make it the central agency for promoting guidelines for the analysis of spending and regulatory proposals, and thereby ensuring cost-effectiveness in service delivery.

The outgoing Minister of Finance has set an excellent example. The innovations Minister English pioneered and pushed under the ‘social investment’ moniker work towards more effective delivery.

Testing which interventions reduce the government’s long-term fiscal burden obviously improves cost-effectiveness. But the programme also more subtly shifts incentives within the public service. The bureaus’ information advantage over their Ministers erodes where Ministers can quickly tell which programmes achieve which outcomes and at what fiscal cost – and especially so where non-governmental providers can bid to provide better outcomes at lower cost.

Making sure that the social investment programme is structured to give it the best possible chance of success will then be important over the coming year.

Minister Joyce’s more dirigiste initiatives at MBIE, if they stemmed from underlying preferences for lots of interventions in lots of places, would be more difficult to undertake from Finance under Bill English’s prime ministership. The main vehicle for doing it would be through the budget process with targeted spending initiatives. But Prime Minister English’s main objectives over the next administration will very likely include embedding the cost-effectiveness work underlying the social investment approach, and sorting out housing supply issues. Further politicising the budget process would work against those aims.

At the same time, Minister Joyce’s reputation for firm control over his Ministry may do some good in his new role. The Minister of Finance has responsibility for overseeing Treasury. And some work there needs to be done to improve the quality of advice coming into Cabinet.

Treasury has a lot of responsibilities, but one of the more important ones is in providing feedback to other ministries about the economic underpinnings of their policy recommendations. Policy proposals should clearly set out and define the problem, develop options capable of addressing the source of the problem, explain why the preferred intervention will address the problem, and demonstrate that the policy passes cost-benefit assessment. Ministries need to be told when their policy proposals do not hit that mark.

I worry that Treasury’s rigour in that task has slipped relative to a goal of maintaining friendly relations with other departments. As recent example, MBIE was not provided with reasonable warning that its position paper on credit card interchange fees claimed market failures that do not meet the standard definition of market failure – and that its assumption that a large category of credit card users derived no real benefit from credit card use was without foundation. I wonder as well whether Treasury provided any advice to Cabinet whatsoever about substantial implementation problems when Ontario adopted a pay equity litigation regime similar to that which New Zealand is now looking at.

Treasury needs better focus on rigour. And an incoming Minister wanting to make his job easier over the next several years would do well in fixing the problems there rather than having to continually clean up the messes that otherwise result. Minister Joyce could be well suited to that task.

Finally, while the Ministry of Finance should be concerned with One Big Thing, the country has One Big Problem.

Housing affordability underlies a host of other problems ranging from child hardship to inequality concern. And the zoning and land use policy decisions underlying housing affordability issues arguably also affect New Zealand’s productivity performance. Poor housing affordability is due to Council restrictions on building new housing, but those restrictions themselves are due to the incentives within which Councils operate. It involves the financing of infrastructure, the consultative process required for plan changes, and whether Councils ultimately see any gain worth the effort if they allow more housing to be built.

Fiscal discipline requires being exceptionally wary of local council requests for handouts. But economic policy responsibility also requires ensuring that Council incentives do not lead to zoning outcomes that work not only to the detriment of the country, but also to the government’s balance sheet.

When zoning makes development too expensive, central government bears the cost of lower productivity growth through reduced tax take, and also faces higher accommodation supplement outlays, larger emergency support for beneficiaries, and less effectiveness in every other policy targeting the problems associated with overcrowded housing. If we follow the logic of the investment approach, a bit of spending or regulatory change to improve council incentives around housing could reap longer term dividends.

*Eric Crampton is head of research at The New Zealand Initiative which provides a fortnightly column for interest.co.nz..

I suppose it always good to be optimistic, and I'm sure every minister anywhere has done a few good things. But the English Treasury was weak (issues you raise and others) and it is hard to see anything in Joyce's past (ministries or otherwise) to expect much different in future.

You could be excused for believing that, as per the outgoing PM, Mr Joyce is a true blue corporate man. Hope not, we have had too much of that doctrine. There are people in NZ , most of them are called tax payers. This government up until now, have treated them with as little regard as any big corporate, treats its minority shareholders. Only reason this government is still steaming along is that there has been no effective opposition in parliament.

Don't you think it's the Treasury CEO who should be held responsible for the quality of advice coming from Treasury?

Yes, but the Minister of Finance sets the standards for and expectations of the Secretary to the Treasury, and also quite recently signed off on the reappointment of the current Secretary.

Poor housing affordability is due to Council restrictions on building new housing, but those restrictions themselves are due to the incentives within which Councils operate. It involves the financing of infrastructure, the consultative process required for plan changes, and whether Councils ultimately see any gain worth the effort if they allow more housing to be built.

Yeah, there is a singular loophole (written by one Rodney Hide) though which a bus full of the proverbial has steamed. But Nah, that bus was driven by Len Brown and Penny Hulse - currently Phil Goff is at the wheel - and it has nothing to do with the cost:benefit of "financing of infrastructure".

Rodney Hide looked at Auckland Region and called it Auckland City. Rodney Hide applied the rules of a city to a region and honestly how could anyone expect that to work?

Auckland City has at this time proportionally much more sprawl land allocated to development than is required under the provisions of parliament and more than any city could ever possibly require. We have an incredible rate of sprawl and it ticks every box for pollution, inefficiency, unaffordability, unattractiveness, congestion, wastage... massive costs have been willingly accepted by the council for stuff all benefit.

Auckland is a region within which there is a large city, some separate urban towns miles away from the city and a large rural space. Auckland Council treats all urban areas as part of Auckland (which legally thanks to Rodney Hide - it is), hence land added to Warkworth is counted as an addition of land to Auckland. So what has happened is 30% of the land needed to be added to Auckland City (the real one) has been stripped from the city and moved miles away. Then (because they like sprawl so much?) Len Brown and Penny Hulse added even more sprawl to every part of the region apart from the city.

Auckland - lots of sprawl, lots of spending on sprawl (30% more than needed) and a housing crisis.

What motivates Auckland Council appears to be political expediency and greed.

Shorting land supply after the GFC made property prices go up, almost irrespective of demand and ensured the reelection of Brown/Pulse.

Lots of additional completely wasteful sprawl occurs around Silverdale/Warkworth/Kumeu (the old Rodney area). Auckland Transport north area has a culture of corruption and has taken bribes.