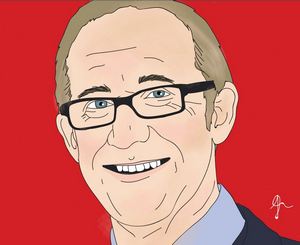 Labour Party leader Andrew Little garnered a bunch of attention over the past few days by saying Labour would not take any tax changes into the 2017 election.

While a cracking headline, the comment needs to be read in conjunction with previous statements, and caveats given by Little on Saturday and finance spokesman Grant Robertson on Monday morning.

One massive get-out clause is that Labour will wait and see what Finance Minister Steven Joyce says in his 25 May budget on government revenue projections and potential tax cuts from the governing National Party.

Another aspect is that Green Party could demand changes not proposed by Labour, but which the party might feel alright about going through with after the election if it can deflect to its junior coalition partner.

Little on Saturday told TV3’s The Nation that Labour was not going to enter into a conversation on tax rates, because it first needed to see the Budget. But he did say voters would know what Labour’s tax rate proposals were going to be before the election.

He then dropped the comments that everybody picked up on:

We're not planning on raising taxes and we're going to see what the Government talks about, you know, in its tax changes that it's foreshadowed, but we are making no plan for lifting taxes…

We are not planning on any tax changes for the 2017 election. We will finely calibrate what we do once we see what the Government does in its foreshadowed tax changes, which we assume will be in this year's budget, but who knows?

The comments follow indications made by Little since he became leader that Labour would not run on a strong tax ticket in 2017. By announcing early on that the party would not propose a capital gains tax for its first term in government, Little was effectively saying any big tax moves would be taken into the 2020 campaign.

But the fact he has now ruled out running on any tax change policies at all (Budget-dependent) does raise a few questions. His claim that Labour could fund its spending promises with the existing tax settings could be knocked back as Treasury updates its Kaikoura quake cost estimates.

What happened to extra revenue steps to be announced this year?

Labour finance spokesman Grant Robertson last year raised the prospect of Labour heading into the 2017 election with extra policies on the revenue side. In his pre-budget speech in May 2016, Robertson said:

While we want a comprehensive review there will be some interim steps that we will announce before the election in this regard to ensure that we have the revenue to address pressing issues, particularly in health, education and housing.

That's pretty clear in suggesting Labour was looking at taking some smaller-fry tax changes into the 2017 Election. Then Robertson would be allowed to launch his comprehensive review into rebalancing New Zealand's tax settings after that, which would lead to heftier proposals to take into 2020.

But do Little’s Saturday comments lock Robertson out of being able to announce more palatable tax changes than capital gains and land taxes that could be used to help fund Election 2017 policies?

Little was adamant Saturday that “every commitment that we've made under my leadership we can pay for out of existing tax revenue.” He referred to the government’s improving revenue projections as providing cover for not needing to hike the top income tax rate to pay for policies.

This is true to an extent. Treasury’s monthly reports show the government’s operating balance in the seven months to 31 January was a surplus of $1.145bn – much higher than the forecast of $442m.

However, this came with the massive caveat that Crown expenses stemming from the Kaikoura Earthquakes had yet to be quantified, and so were not included in the accounts. Initial estimates from Treasury were that the quakes could cost the government $2bn-$3bn.

That could certainly rain on Labour’s parade, and is possibly one reason for Little's Budget get-out clause.

Robertson on Monday morning said Little’s ‘no tax change’ stance did not refer to the existing Labour policy to extend the bright line test (effectively a partial capital gains tax on housing) out to five years if it wins the election.

And Little himself has kept a bit of dry tax-change powder for if Finance Minister Steven Joyce announces the government will change income tax settings to cover for account bracket creep. The Labour leader even said on Saturday that tax thresholds should change periodically.

May have to eat his Greens

Meanwhile, the Green Party also looms large over Little’s ‘no tax change’ comments. Co-leader James Shaw told Interest.co.nz the Greens agree with Robertson that there needs to be a fundamental shift in New Zealand’s tax settings. They’d just like to see it come earlier than in the 2020 Parliamentary term.

“Every party has to compromise on stuff,” he said. “We’re setting out our stall, they’re setting out theirs.” The matter of tax change urgency looks set to be dictated by how many MPs Shaw and co-leader Metiria Turei get in the door behind them on 23 September.

Labour and the Greens are set in the next few weeks to outline a bunch of fiscal ‘golden rules’ that will govern how they operate in government together. But Interest.co.nz understands these are set to be more high-level promises such as, ‘we will not let net government debt go higher than X% of GDP under our watch, unless there’s a natural disaster’, rather than on more micro fiscal settings like tax rates.

We have to assume that Little’s comment that Labour was looking to run with a ‘no tax change’ policy was calculated and planned, just as he was quick to drop Labour’s commitment to a more comprehensive capital gains tax.

The danger for those holding out hope for fundamental tax reform in New Zealand is that he sees his party pick up momentum with a simplistic no-change stance and watches the Green vote get hit by their calls to tax housing and other forms of wealth much more extensively. That could put Robertson’s “fundamental” overhaul plans very much on the backburner.

Labours 'tax is off the election agenda' announcement being a tactical spoiler of the greens vote, is a plausible theory. That is assuming Little didn't get boxed into this policy announcement corner, through ineptitude.

Super is simmering away but English appears to have successfully shifted the discussion to affordability. That leaves increased spending on social services and housing as the remaining key election issues.

Headroom on both is subject to GDP growth continuing and Kaikoura costs not blowing out. Increased borrowing isn't palatable to the punters. And with housing affordability outside Auckland not really a huge issue and if prices in the queen city continue to slide between now and October, it's shaping up to be another yawn fest.

I dont understand how they are going to :-

Build 50,000 new low-cost houses
Pay for 3 years free tertiary education for all young Kiwis
Keep NZ Super as is , when the actuaries tell us it needs changes
Increase health-care funding .

All this without increasing taxes ?

If they can show me how , they get my vote

And fill the Cullen fund??

Little is simply been pragmatic. Everyone knows National is going to offer tax cuts before the election, He is saying Labour are unlikely to cut more than that. But you are letting that comment overshadow the announcement they will not raise taxes.

Most disappointed in Robertson's comments, and his party's stance. It's cowardly.
We don't need another damned review of the tax system, that was done a few years ago and the recommendations were sound.
Just do it!

Really? Done by whom - have you got a link to the output document?

This was an excellent report. The good, hard work has been done.
It's just cowardice / political gamesmanship to suggest that we need another damn working group

I don't really know what Labour are frightened of, as the necessary changes would have limited negative effects on their core voter base.

That actually looks pretty good. Would we take all the tax rates (expect GST) to the 28.5% rate that Aussies use for medium businesses or to the 30% rate that they use for bigger ones?

So it isn't an overhaul at all. In other words, taxes on labour and consumption still make up the largest chunk by far. Just won't work as the BBers stop working in droves and we get that imbalance between workers and retirees. But we've got a few years yet before that starts to hit hard on income tax receipts.

Nah, I think the fundamental overhaul will still be on the cards (hopefully!!!!!), but as one would expect - if done properly - and then communicated effectively to the public with all the various options and opportunities put on the table - it would be expected to take a near full term to do that, after which time one could take a firm policy for change into the 2020 election.

What we don't want is what we got on super - a bunch of non-policies - kicking the can for touch and leaving the hard yards of proper consideration to some unknown entity in the future. Someone recommended a Royal Commission on super - which sounded good to me.

WELL BLOW ME DOWN that's a first !

A Labour leader promising no new taxes , but his Finance Spokesman Grant Robinson seems to have other ideas , he want to tax small builders who cannot afford to take and train apprentices..

If vested interests were not at stake and our politicians had a backbone instead of just looking at the next election, then the country would have plenty of tax take to improve our housing stock, roads, hospitals etc.
1 They could put a stamp duty on all houses bought by overseas investors as they do in Singapore
2 Make all immigrants pay a levy for the extra burden they are putting on the rest of us regarding infrastructures
3 And most important of all, property investors should not be able to claim interest against their tax liabilities.