Martien Lubberink probes the latest development in the Kiwibank-RBNZ capital impasse & suggests this is a spectacular Kiwibank problem, but not more than that

Martien Lubberink probes the latest development in the Kiwibank-RBNZ capital impasse & suggests this is a spectacular Kiwibank problem, but not more than that 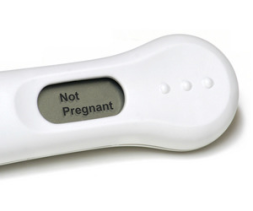 Kiwibank’s capital cock-up took an unexpected turn on Friday when the bank made another extraordinary announcement. Kiwibank let us know that its parents will bail out the bank with an infusion of $247 million of common equity.

Sheesh, I thought only Italy did bail-outs!

Infusing equity capital is the last thing a bank wants to do. Look at what JPMorgan’s Jamie Dimon told his investors last week, despite reams of evidence that prove him wrong:

It is clear that the banks have too much capital.

Kiwibank, apparently is on a different planet. It has two capital instruments that are about to lose their capital status, rendering them useless and costly. It will be difficult for Kiwibank to get rid of both instruments: the terms and conditions allow a redemption only in case of truly unforeseen circumstances. So, Kiwibank will keep paying expensive coupons for some time.

Eligibility of capital instruments is like being pregnant: either you are or you are not. There is no in between. Unfortunately for Kiwibank, the instruments do not meet important requirements. Why? Well, because they are issued out of a Special Purpose Vehicle (SPV). That in itself is not a problem, as long as everyone agrees that the SPV is truly special. Meaning that it is so special that it is like an alien, or a creature from outer space. The SPV should reside outside the normal business of the group, it should basically be quarantined, left alone to perform only its designated special purpose.

The IRD, however, thinks the Special Purpose Vehicle is not so special: like the other group members, the SPV is liable for the tax bill of Kiwibank, NZ Post, and other members of the New Zealand Post tax consolidated group. Uh oh! The IRD thinks the SPV should not be quarantined! This is a big NoNo in bank capital land: capital instruments should only absorb losses of the bank, not foot the tax bill of the postman.

What part of “not pregnant” did Kiwibank not get? Kiwibank’s response to the failed pregnancy capital test was as stunning as it was brave:

“Kiwibank remains of the strong view that existing convertible capital instruments are compliant and is working with the Reserve Bank of New Zealand to resolve this matter.”

Stunning, because if the instruments did qualify, then why would the owners bail out Kiwibank with a quarter of a billion New Zealand dollars? It does not make sense – Kiwibank puts is money where its mouth isn’t.

Stunning also because the eligibility of capital instruments is not a matter of opinion. As said, an instrument either qualifies or not.

Brave, because Kiwibank fails to explain what actually is wrong with both instruments. The bank ignores the interests of fixed income investors and other constituents who are entitled to more transparent information.

Brave also, because the bank second guesses the Reserve Bank’s definition of capital.

A threat to financial stability? Massey University Associate Professor David Tripe vented his worries about the Kiwibank capital case in the NBR. Egged on by Jenny Ruth, Tripe thinks in terms of canaries and coal mines:

“The Reserve Bank’s refusal to comment on this really doesn’t help matters at all. It makes one suspicious as to whether there’s something else going on that we’re not being told about or whatever. It certainly doesn’t reflect well on them. It’s certainly somewhat difficult for businesses to manage their operations if they’re going to be subject to erratic and apparently capricious changes of mind as to what is acceptable and what is not acceptable.”

David’s worries are overblown. First, allegations of “erratic and capricious changes of mind” (by the Reserve Bank) are out of whack. My previous post explains why this is unlikely the case. If anything changed, then it is the ownership structure of Kiwibank and the NZP Guarantee, which have little to do with the Reserve Bank’s mind.

Those who know don’t speak, those who speak … don’t know. I am also sure that the treasurers of the banks in this part of the world know why the Kiwibank instruments could disqualify, it is a small world. If there is a real problem, then the Reserve Bank would know this fairly quickly. The thing is, the banks and the Reserve Bank will only not share this with Jenny, David, or with me.

To make sure that the problem is only Kiwibank’s, I looked at the prices of comparable instruments. Thanks to a nifty Datastream module for Python (PyDatastream), I produced the next graphs of the Kiwi instruments and two ANZ bank capital securities (NZANBDT013C0, and NZANBD0006S7). The ANZ graph (bottom) shows no visible signs of a pull to par, which could indicate the investors believe a call is nigh. Apart from a blip at the end of March, the graphs show no clear trend or signs of increased volatility.

So, yes, I think this is a spectacular Kiwibank problem and not more than that. But, I could be wrong.

*Martien Lubberink is an Associate Professor in the School of Accounting and Commercial Law at Victoria University. He has worked the the central bank of the Netherlands where he contributed to the development of new regulatory capital standards and regulatory capital disclosure standards for banks worldwide and for banks in Europe (Basel III and CRD IV respectively).

This is a $247m tax payer bail out. It's not printed money either, it's come right out of the public coffers of the new owners. What idiots approved the wording of the bonds, and what idiot lawyer decided it would be a good idea to structure them in a way that breaches the banking regulations? The people in these positions will be highly paid and yet completely incompetent. This is very much a case of: they only had one job.

They used the word "capital" as in, "Let's ignore the Reserve Bank, what a 'capital' idea."

Viewed in the light of the $300 odd million special dividend that Kiwibank paid the government when it was partially sold, you could also say that this amounts to the government robbing NZ Post, the Super Fund and the ACC to bolster their accounts before the election.

Let ma and pa kiwi figure out how stable kiwibank is...should they pull money out and put it somewhere else? Let's have a deposit run because of fear that KB will go bottoms up - This story and 2 directors resigning in the last 7 days is not good......

If there is a run on this bank I assume that this would mean that future ACC levies will go up. And the NZ super fund makes losses.

Why is Kiwibank not a totally seperate entity with sub-leases inside the PO branches ?