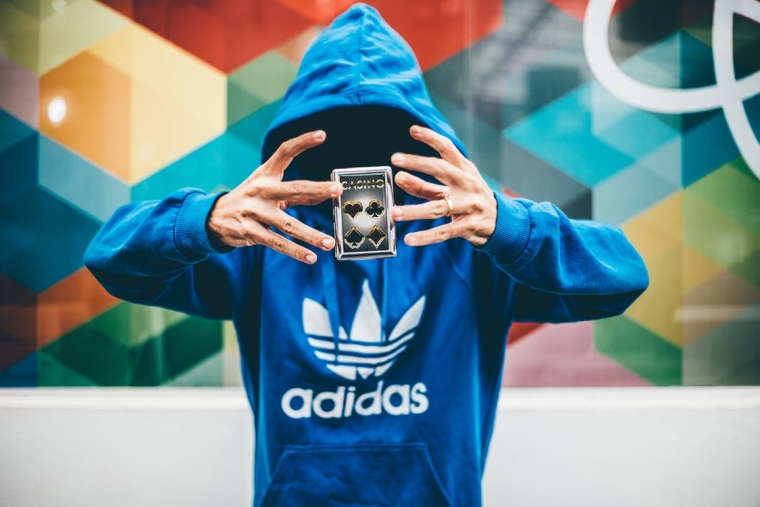 Last year I accused the Government of managing the country’s finances according to Magician’s Theory.

After pledging to magically turn many years of ‘deficits’ into a ‘surplus’, the Magician would then reveal the true prestige of his trick - tax cuts.

But as expected this last turn of the trick is more complex than anyone expected.

The audience have been watching the magic show for a while now, they need to be dazzled.

While what seemed to be massive deficits appeared to magically transform into surplus, last month, to the astonishment of the audience, the Magician turned them into tax cuts and debt reduction at the same time!

Somehow the Magician put it all into a box and sawed it in half before our very eyes!

So how did he do it?

Well we know a Magician never reveals his tricks, but in the Budget Fiscal and Economic Update 2017, released on Budget Day, Treasury – the Magician’s Beautiful Assistant - gave just a few hints.

In a note titled “Why net debt increases even when the Government has an operating surplus”, we get a little insight into the Magician’s top hat.

The first thing to note, is that Core Crown Net Debt is not forecast to reduce at all, in fact it will increase: 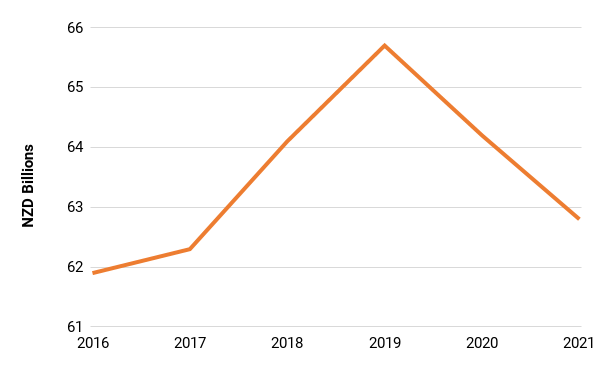 The tax cuts and other initiatives will see Core Crown Net Debt go up to nearly $66 billion in 2019.

But you weren’t looking for that, because the Magician has used “Core Crown Net Debt as a percentage of nominal GDP” to fool you.

In another note titled “GDP revisions and their implications” the Beautiful Assistant goes on to explain that nominal GDP, used for the Magician’s calculation, has increased since the Half Year Fiscal and Economic Update released in December 2016, which seems contrary to recent reports.

“Data revisions can also influence views on the likely pace of future growth. When GDP for the September quarter 2016 was released, production GDP was thought to have grown 1.1% in the quarter and expenditure GDP by 1.4%. These have subsequently been revised down to 0.8% and 0.9% respectively. When combined with weaker-than-forecast growth in the December quarter this has changed our view of the extent of momentum in the economy.”

So that means lower GDP right?

Wrong, weaker economic growth has been more than offset by the effects of inflation:

“Relative to the Half Year Update, growth was moderately weaker than expected as exports, residential investment and business investment grew at a slower pace than anticipated. Price developments worked in the opposite direction.”

So when it was said the New Zealand economy will “grow by an extra $23.9 billion over the next five years compared with what was expected just six months ago”, in fact the opposite is the case in real terms, but lower growth is more than offset by higher inflation.

And so our Magician turns a net debt increase into a net debt reduction (as a percentage of nominal GDP assisted by higher inflation expectations but lower real growth) - the audience are truly fooled.

Treasury go on to present a reconciliation of the Magician’s trick, showing how he can easily put expenditure up his sleeve while the audience is not watching by capitalising as much of it as possible or making capital ‘investments’ it into Crown Entities.

While auditors will accept arguments that capitalised roading infrastructure expenditure generates an ‘asset’ for us to borrow against later, you can’t get away from the fact it requires cash that we don’t yet, and even less of that cash is now coming in due to tax cuts, likewise loans and capital injections to SoE’s and other Crown Entities require cash. In total the Government forecast a net requirement of $35.3bln of cash between 2016 and 2021, which it won’t have, so net debt has to increase by $2.2bln.

It took true audacity for the Magician not to reveal to the audience that their tax cuts were being funded by debt, but it took even more audacity make the statement “If the country wasn't reducing debt "at this stage of the economic cycle", you would have to ask when it would".

Indeed. However that is just part of the illusion.

The question being: is this last turn of the trick-funding tax cuts by debt - just a ‘kind of magic’, or are we being fooled?

*Cameron Preston is a Christchurch-based accountant.

Hi Cameron,
Thank you for your article. I and many others would be very interested in a follow up article on "How much is the Government really spending to fix Christchurch?"
http://www.stuff.co.nz/the-press/business/the-rebuild/70084887/How-much…

Reminds me of some of the leaky buildings where the payout was so low the Government made a profit from collecting the GST on the repairs.

You'd think a rock star economy would be able to pay down it's debts, but apparently our economy is the type of rock star that blows all their money and borrows more to maintain the lifestyle.

All govts lie to stay in power and as long as the takers in our socialist paradise are getting something for nothing then they don't really care about the country's finances or who is struggling to keep the leaking ship afloat. We are heading towards a society where it's every man for himself. Very sad...

You know the government is he'll bent on undermining the functions of a government. Underfunding all aspects of the welfare state. The opposite of socialism. If they had their way, the government would be too broke and toothless to stand in the way of corporations running the place with great monopolistic profits. There have not been any governments in NZ that I know of who have lied as much as this one. Too much socialism is not what is wrong with NZ.