Peter Dunne says Labour is now in a peculiar position of being broadly in step with public opinion, but having to placate two very grumpy groups in the unions and the Greens

Peter Dunne says Labour is now in a peculiar position of being broadly in step with public opinion, but having to placate two very grumpy groups in the unions and the Greens 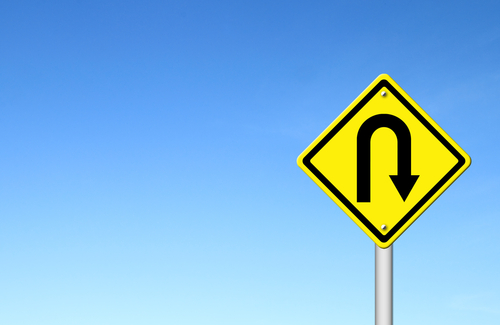 In my Newsroom Column last week about the proposed Capital Gains Tax I wrote that "Notwithstanding her own strong feelings in favour of a comprehensive capital gains tax, [the Prime Minister] needs to recognise the depth of public opposition and reject the Tax Working Group’s recommendation outright. Otherwise, as the Reid Research poll shows, she risks the real possibility of the public rejecting her just as forthrightly. ... While there are times when Prime Ministers with considerable political capital can afford to spend some to push through some visionary change they feel strongly about, this is not one of those.  The continued pursuit of a comprehensive capital gains tax is just not worth it. The sooner it is buried, the better - for the country, and for the government."

Well, credit where credit is due. The Prime Minister has done just that, so congratulations to her. But while the Capital Gains Tax is dead, there are a number of intriguing questions that remain.

In her announcement, the Prime Minister reiterated her personal support for a Capital Gains Tax, but made it clear the proposal lacked the support internally and amongst the general population to make the tax a viable option. She further said that although having campaigned for a Capital Gains Tax at every election since 2011, Labour would no longer do so, nor implement one, so long as she is leader. It is an emphatic rejection of the nearly $2 million Tax Working Group that spent about eighteen months considering the issue.

But while the public and the business community may be relieved at the Prime Minister's announcement, there is still the problem of the Greens to deal with. Some weeks ago, one Greens co-leader was saying the government would not deserve re-election if it failed to introduce a comprehensive Capital Gains Tax, while the other was saying that the Capital Gains Tax was only the start of a major tax attack on the wealthy. Both have been properly humiliated by the government's decision, and must be left wondering about their futures, not to mention their now non-existent credibility. In the wake of the announcement, there were Green Party activists on social media blaming it all on New Zealand First, and saying that it reinforced the need to elect a Labour/Greens government at the next election, that would be not reliant on New Zealand First, so would be able to introduce a full Capital Gains Tax then.

However, those activists have overlooked, or were unaware of, the Prime Minister's admission that her personal support notwithstanding, the very idea of a Capital Gains Tax is stone cold dead, so long as she is leader of the Labour Party. So, unless the Greens know something about the Prime Minister's future leadership intentions that no-one else seems to know, they are left yet again whistling naively in the wind.

The next question relates to the role of Sir Michael Cullen. Leaving aside his $1,000 a day pay rate, he was simply too partisan to be a credible independent chair of the Tax Working Group. His comments after the announcement that the "biggest losers" from the government's decision were the National Party because "this was how they were hoping to ride to victory and Mr Peters has shot it out from underneath" them. Those comments reinforce how utterly inappropriate it was to have someone as hopelessly partisan as Sir Michael chair the review, and that that alone probably entrenched public opposition to the Capital Gains Tax. And it also raises the question of whether the Tax Working Group's recommendation of the most draconian and pure Capital Gains Tax in the world was not a clever political ploy all along by Sir Michael to achieve precisely the outcome he referred to above. If he really was the staunch previous opponent of Capital Gains Tax he portrayed himself as (although I clearly recall him testing the water for one during the 2005-08 government) who better to lead the charge for one now, knowing all along it would be defeated, not by the government’s opponents, but from within the government itself?

As for New Zealand First, the outcome has reinforced the perception that it is they who pull the government's strings, not the Labour Party nor the Greens. The notion that the Prime Minister is but Mr Peter's plaything has been there for some time, and is frequently offered as the explanation for why she tolerates the irresponsible conduct of Minister Jones, when other Prime Ministers, like Helen Clark for example, would although have fired him a long time ago. Her plaintive acknowledgement that although she still supports a Capital Gains Tax, the rest of New Zealand does not, and there is not agreement within her government simply strengthens that perception.

The Labour Party finds itself in a peculiar position following its announcement. On the one hand, it is almost certainly broadly in step with public opinion, which is no bad thing, and unlikely to do its overall standing any great harm. However, it will be two very grumpy groups, for whom the Capital Gains Tax has been a long cherished envy-laden idealistic dream, that it now has to placate. First, are the unions,  leftish social advocacy groups,  and the Labour Party's core activists; and, the second is the Green Party and its supporters. Bringing both of them back into the fold so that they campaign strongly for the return of Labour-led government at the next election now becomes a major political priority for the government. Ironically, the teachers may be unexpected beneficiaries - if Labour now has to deliver something dramatic to its core supporters to show it still retains "the faith", what better than a hefty teachers' pay settlement to keep the branches going and the activists knocking on doors in election year? Otherwise, with Capital Gains Tax abandoned, Kiwibuild foundering, and nothing too much else happening, there may be precious little left for the “true believers” to hang on to.

Or else, the Prime Minister could simply decide to stare them all down on the basis they have no other political home to go to. Just like John Key did to National voters for nearly nine years. After having been so critical of the Key Prime Ministership, stealing his playbook would be the ultimate u-turn!

A thoughtful piece, Sir Rt Hon XMP Dunne. If I were a Teacher, Junior Doctor, or other hard-scrabble Toiler in the Depths, I'd be thinking about doubling down on my demands: longer strikes and impolite requests for Mo' Moolah. As PD suggests, why not throw Me a bone?

I can't help but feel that Labour did a really poor job on this.
If the CGT was reduced to one that only applied on investment properties, kicking in from a future date, would there really be so much public opposition?
Hard to see it. People already with investment properties wouldn't be affected. And the majority of the population don't have investment properties.
What a shambles.
But again noting, as I have said elsewhere, I was pretty ambivalent on the CGT.

Fritz - we already have a Capital Gains Tax - known as the Bright Line test it requires tax to be paid on profit from any investment property sold before 5 years of ownership has passed. National introduced this BT CGT and Labour just extended the timeframe from 2 years to 5 years - problem solved!

I dont know why they even embarked on this hare -brained, ill-conceived Tax Working Group nonsense in the first place

It did seem deliberately ill conceived. Reason? Something to do with politics but not effective financing of government nor wealth redistribution. Leaving out the family home was proof that they were pre-judging the investigation.

I wonder how many time James Shaw's words will come back to bite him come the next election. I can almost see the billboards already..