After being matched by some of their main rivals after their earlier cut, BNZ makes a second cut to its benchmark two year home loan rate, taking it down to 3.49%

Personal Finance
After being matched by some of their main rivals after their earlier cut, BNZ makes a second cut to its benchmark two year home loan rate, taking it down to 3.49% 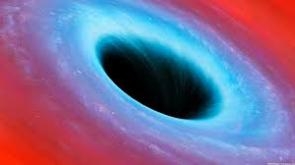 That means they have the lowest two year rate among the major banks again.

And it puts them a full -10 bps lower than both ASB and Kiwibank for that tenor. And -16 bps lower than any one year 'special' rate for any of their Aussie bank rivals.

However, it ignores the recent cuts by the two Chinese banks, with the latest one from the Bank of China pushing their two year 'special' down to 3.15%.

BNZ's Classic 'specials' come with a slightly more stringent condition than for ANZ, requiring not only at least 20% equity in the property provided as security, and salary or wages credited to a BNZ transaction account, but to get this rate at BNZ you are also required to have "one other product" at BNZ.

At the same time, BNZ have trimmed -5 bps from their'special' residential investor rate to 3.74% which is priced 25 bps higher than for residential owner-occupiers.

BNZ did not announce term deposit rate cuts with this mortgage announcement.

Wholesale swap rates have been falling this week and the two year rate is -7 bps higher than a week ago. Term deposit rates have flattened out completely and now some of the highest rates on offer are the specials' in the 6 months to one year tenors. But 'highest' is a relative term - all these rates are historically low and few from any bank are over 2.8%. These deposit rates have an out-sized bearing on how low the main banks can pitch their home loan rates.

When is this available from? Their website is still showing 3.54%.

in typical interest.co.nz style, likely next week (like the westpac one that also isnt live)

We always assume readers will want to know about future rate changes so they can make an informed decision. Banks don't update their websites until the change becomes effective.

Why not just include the effective date in the articles as a matter of course?

Spare a thought for those people (many of them elderly &/or incapacitated) who rely upon interest earned from bank term deposits to supplement the pension.......

It's tough on them - damned tough.

It's been obvious lower interest rates were in the offing for some considerable time. Those that had the foresight to see it locked in their savings at more favourable rates than we see today, some time ago.
Those who didn't ( and still don't appreciate what's coming, lower interest rates being the least of our worries) will have to deal with current circumstances as best they can - harsh, but fair.
I'll wager there are many amongst us who see these rates as 'good' and a time to 'invest' at low debt costs? It's as obvious today of 'what's coming' as it was when interest rates when 4.69% and considered a 'bargain'. Borrow and buy at your peril today. Borrow and save as much as you can by all means, because tomorrow at "0%" there'll be very little leaving the lenders books, and no matter how low 'bargain' asset prices are, and there will be no way to access them without stored debt..
(NB: This isn't about 'what should happen' but about 'what's going to happen'. Low interest rates will eventually kill whatever tiny chance there is left for us to exit current circumstances with one sleeve left on our collective shirts))

More worried about young families in poverty paying taxes so some rich pensioner can have spending money when they go on one of their annual cruises. Hard to feel sorry for a group that gets a government benefit when they don't need it.

Thanks NZ Dan, yes I did call 3.49% by the end of September when some were complaining that the banks did not pass on much of the 0,5% OCR cut (which I called as well btw, lol)

Probably 3.39% by the end of the year since people are expecting a rate cut in Nov.

This some like banter between two snake oil salespeople, attempting to give themselves creatability.

Not sure about creatability but when you forecast an event correctly, repeatedy, it gives you credibility. Calling the person who predicted the event correctly a "snake oil salesperson" on the other hand, does not.

If the RBNZ keeps on having an easing basis and even talking about QE - with rate cuts indicated before year end and early next year - think it's probably a very strong chance that we will see sub 3% rates next year some time.

How long that would last for, who knows - but given the verbals from the RBNZ and unless global econmy perts up - cash rate is heading down - along with mortgage rates.