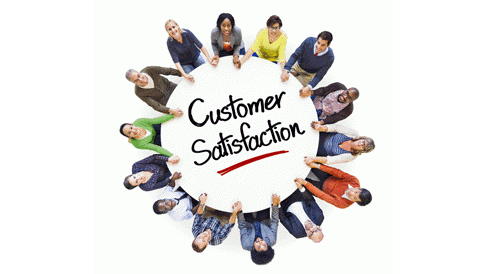 Bank customers are noticing that while their cost of living may be climbing, their banks are reporting big profits, Consumer NZ says.

Consumer NZ's latest annual bank satisfaction survey shows 73% of respondents think banks are charging them too much and 52% think banks can be trusted. And once again the country's smaller banks scored higher in customer satisfaction.

“Trust appears to be eroding in the banking sector in comparison to last year,” Consumer NZ Chief Executive Jon Duffy says. “Rising cost of living challenges, lower savings rates and other pressures may be contributing factors.”

“Our sentiment tracker shows that cost of living is the most concerning issue facing New Zealanders. While the cost of living soars, banks are reporting major profits, which is not going unnoticed by customers. Approximately three out of four customers think the banks are charging too much."

On the same morning the Consumer NZ survey was released, auditing and financial advisory firm KPMG released a survey of banks' financial performance for the December quarter, showing nine NZ banks posted combined profit of $1.614 billion, up 7% from the September quarter and near record quarterly highs.

The Co-operative Bank scored 86%, earning above the average of 60% on all five key performance measures being advice on products, fees, responsible lending, timely responses to inquiries, and value for money.

"The bank has previously topped the survey in 2019, and for 63% of customers, The Co-operative Bank’s local ownership was the main advantage," Consumer NZ says.

TSB scored 78%, continuing its strong performance from previous years and scoring above average for four of our five key performance measures.

"This is the seventh year in a row that TSB has received a People’s Choice endorsement and 82% of their loyal customers said they were unlikely to switch banks any time soon," Consumer NZ says.

"Westpac stood out for the lowest satisfaction rating this year (54%). It scored significantly below average for branch service and had the lowest rating for phone, branch and mobile banking. Of those who had a problem with Westpac in the past 12 months, 69% said complaints were handled poorly."

"ANZ’s overall satisfaction score was also below the market average, at 56%. Customers of the largest bank were the least likely to be satisfied with fees and value for money but rated above average for mobile banking," Consumer NZ says.

"BNZ, Kiwibank and ASB all scored between 64% and 60%, with no figures above average for any of the key performance measures. However, Kiwibank rated below average for responsible lending and its call centre service."

“There have been added complications like the change to the Credit Contracts and Consumer Finance Act and the demise of some in-person branches forcing customers online. However, the big banks should note that consumers see a lot of room for improvement.”

The consumer lobby group's bank satisfaction data is sourced from a nationally representative survey of 2428 New Zealanders, aged 18 years and older, carried out online in January and February this year.

Banks profits only ever go up....the closer to the money printer you are the more you benefit from the Cantillon effect.

While you go out to work to pay for your 30-year mortgage, the bank makes a record profit.

While you shop at the supermarket and fruit and vege prices have risen 18% in a year, the bank makes a record profit.

While your nana struggles to pay her bills because of negative real rates, the bank makes a record profit.

Raise a glass, to the banks!!!

I guess Politicians have to focus on the small bottle-necked process for passing legislation and commit to moving through the big issues.

Gathering some more money from our Australian banks might allow a $100/week raise in the social benefits we already have.  Or we could invest something in the defence of ourselves.

To be fair this is only one of a set of outrageous duopoly and oligopoly markets we have in NZ.  The most expensive <insert common activity here> in the world for NZ seems accepted.

Not that anyone from the propaganda media would raise the question given the $90m Government "Communications Budget" and the $55 million "Public Interest Journalism Fund".

Even if they did I think the  Labour front bench would knock themselves unconscious from the viciousness of their shoulder shrugs.

You are assuming a level o consciousness amongest all Maps that most of us fail to see.