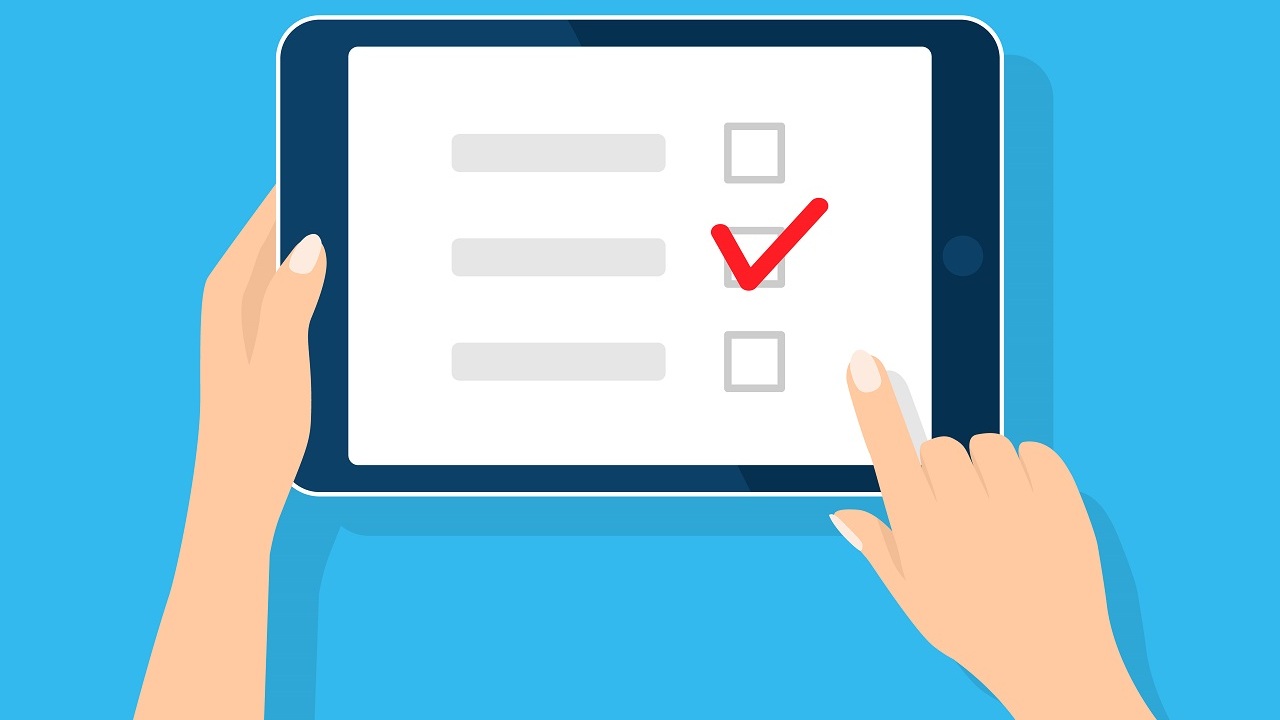 Surveys. What do we think of them?

No ulterior motive behind that question, I'm very interested in your views.

You see, I have to confess to having pretty mixed feelings about them.

Now, the more observant among you might wonder about that last statement, given that I have been known to write up the results of more than the odd survey in my time at interest.co.nz.

But that fact somewhat belies the other fact that I do have mixed views about them.

There's a couple of essential problems: First the survey results can be very much influenced by the type of questions asked and how the answers are presented and, second, people's opinions can be heavily affected by near term incidents - potentially skewing results.

Surveys can be conducted over virtually anything. And we need to always know the methodology behind them. It's entirely possible for pretty bogus results to be arrived at and the media, I feel has a role (which it doesn't always fulfil at all) to ensure that it's checked out the credentials of a survey before reporting the results.

I was prompted to launch on this particular opine by the Westpac McDermott Miller Consumer Confidence Survey this week. The survey suggests that the confidence of the public has fallen off a cliff.

First thing to note about this survey in respect to some of the statements above is that it has been conducted since 1988. That's a very long track record. Loads of comparisons to make. Therefore you can be comfortable with the methodology and the fact that the results mean something.

But it is interesting to note that this, right now, in 2022, was the moment for consumers to have the lowest level of confidence since that 1988 start of the survey.

Here's where I think you run up against just what a survey is measuring and whether you should 'believe' that the sentiment expressed will lead to a particular endpoint - and in this instance those survey results are suggesting we are in the middle of an apocalypse.

It's tempting, I think, for people to look at a result such as this survey and say, well, this shows that things are the worst they've been. Well, at least since 1988. Really?

I think anybody unfortunate to have been around in NZ in the early 1990s might have a different view. I made my first mortgage payment in mid-1991 on an interest rate of 12%. At the end of 1991 the unemployment rate hit above 11%. At the end of 1991 we entered a 'technical' recession by virtue of having the second consecutive quarter of negative GDP growth. It was to prove the second of FIVE consecutive quarters of negative growth. No, there was nothing 'technical' about that recession. It was a real one. A beauty. Inflation had a least disappeared by this stage, but it had been 7.6% (GDP rise-assisted) in the middle of 1990.

Compare that scenario with now. Unemployment is 3.2%. GDP shrank a teeny bit in the March quarter - but has grown on average over 5% in the past year, and is expected to return to growth in the June quarter. Mortgage rates are in the 5%-6% range. Inflation, well, hmm, that is 6.9%.

But anyway, by any rational criteria, 'things' are not as bad, nowhere near, as they were in the early 1990s.

Of course, I have just fallen into the 'trap' haven't I? What's the survey actually measuring? Is it saying to people, is this the worst time ever? No. It's asking people how they feel. And people, apparently feel pretty c**p.

Why would they feel worse than 1991 though? Well, interesting. That period in the early 1990s led to years of grim struggle. But interestingly, it is only looking back that I realise how bad that time really was. The point is - you get used to it. It just becomes life.

Now, contrast that with current circumstances and what's happened is we've had years of stable economic conditions and really pretty good times. Then in 2020 we got the pandemic and all that entailed. Now in 2022 just when we are over all that, so we think, we get Omicron here amongst us to worry about, and then it's a white knuckle drive to the petrol station for an exorbitantly priced tank of gas to get us to the supermarket to buy some incredibly expensive food basics before we get back home and try to work out how we will afford the mortgage when it rolls over from 2.3% to over 5% very shortly. This is the mortgage on the house that's of course now dropping in value by thousands a week.

Well, no wonder people are a bit grumpy. It's the sheer speed with which things are deteriorating that's got people rattled. People feel like they've been turned upside down. And that's why, not unreasonably at all, we get the result such as we've seen in that survey.

So, do we take much from survey results like that, when the results are borne of a rapid change in environment?

Because never mind whether things are anything like 'as bad' now as they were in 1991, people are feeling a bit rubbish about life. And that, crucially, will feed into how they behave in the immediate future.

In short, this survey result is a big red flag for a likely very serious fall-off in consumer spending over coming months. Grumpy people don't spend. And if people don't spend the economy grinds to a halt. So, everybody can now be on notice that a big, big slowdown is coming.

My point here is essentially that in some respects surveys can be providing you with different, and actually far more valuable information, than the kind of 'headline' results of the survey might suggest. For me, surveys become very vital pieces of information when they point to events and likely human actions and reactions ahead.

In addition, a survey can be pretty vital if it then of itself influences future behaviour. One survey that has tended to be publicly overlooked in terms of its impact is the Reserve Bank-commissioned Survey of Expectations, which is done quarterly and in which the key part is expectations of future levels of inflation. Not many people take part in this, just 39 for example in the last one released in May. But they are business people and forecasters. They are people expected to 'be in the know'.

It's easy to miss what I see as the real point of this survey. It's not whether those inflation forecasts prove to be accurate. They are not. Two years ago the average annual inflation expectation for March 2022 was 1.93%. Inflation actually came in at 6.9%.

What's significant is that these key influencers have a belief of what will happen in future and base decisions on it. Secondly, and really importantly, the RBNZ pays a lot of attention to this survey and is influenced by it when setting the Official Cash Rate. So, the point of whether this survey is 'accurate' or not is neither here nor there. It is hugely influential in terms of our monetary policy settings - so, we need to know what it's saying.

That's where relying on 'confidence' as a measure can be a bit of a risk. But where those business surveys really come into their own - and again this might not necessarily be seen and understood by the wider public - is for indicating what businesses intend to do.

Towards the end of 2020 and long before inflation was becoming a dirty word again, the ANZ Business Outlook monthly survey of business opinion was very clearly picking up rising cost pressures. These surveys were showing inflation starting to bubble over well and truly early in 2021, long before the inflation cat officially shot out of the bag in July of that year. Just before that happened the NZIER Quarterly Survey of Business Opinion, released in early July, had painted a picture of such an alarmingly overheating economy that there were immediate predictions of imminent interest rate rises.

So, its's not just what a survey might tell us about what's happened - but what we can deduce MAY happen based both on what people are thinking and how they react to survey results.

That's all good then. But what I would be concerned about from now on is us creating a kind of echo chamber of gloom with a constant deluge of surveys, some of which may be of questionable methodology, asking us things like 'are we in recession yet?' Yes, we do want to know how people are thinking. But we don't want to overcook things by talking ourselves into gloom and doom. By doing that a recession could become a self fulfilling prophesy.

You may gather from the last paragraph that I don't think the next 12 months are going to be very flash. Well, I don't.

But, please, let's not talk ourselves into anything. Keep those surveys - and how we react to them - sensible.

Surveys are like glass half full or half empty.

Besides many a time surveys are done to reach a pre determine end result.

Everyone knows, how a survey is conducted / the way questions are asked.....will influence the survey.

Finally if survey results does not suit the desired narrative, can always raise question and create doubt on the survey.

Last year a survey conducted suggested that PM statement that no kiwis wants house price to fall was wrong, did she or government acknowledged as it did not suited, What they were after.

Not necessarily pertinent but my experience (and of those around me) was that the recession of the eighties was worse than that which occurred through the nineties....indeed it was commented on at the time that although bad the nineties recession wasnt as tough as previously, bad as it was.

I suspect that the recession we face will be more akin to the wholesale realignment of the economy that began in the eighties....irrespective of surveys.

Survery's are interesting. I always read them but always add a pinch of salt before consumption. Your point about the many survey's available David is valid. Whilst they all add their own slice of the picture, it's the many survey's together that get the clearest picture.

Good post. In my opinion, I think the Ipsos Monitor is an excellent resource and better than a confidence survey, which are just too broad to get an accurate read on public sentiment. You may argue they're measuring different things and I would accept that.

Disclaimer: I worked for Ipsos but not in NZ

I think that 50 % of all surveys contain some very basic mathematical mistakes ... the remaining  one third don't ....