ANZ economists see 'a relatively middle of the road outlook' for a period of weaker-than-average house price growth over 2022, but a gradual return to average over 2023

Property / news
ANZ economists see 'a relatively middle of the road outlook' for a period of weaker-than-average house price growth over 2022, but a gradual return to average over 2023 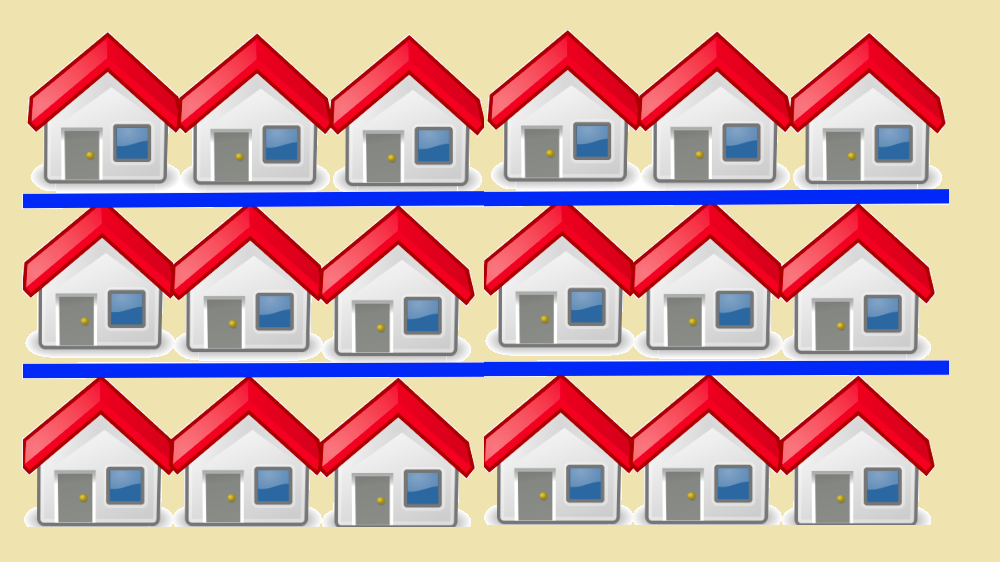 The housing market is vulnerable to a correction, but the very strong labour market is expected to prevent housing from tipping into a significant downwards spiral, ANZ economists say.

They say the October lift in house prices wasn’t quite enough to prevent annual inflation from slipping, "but almost".

"On a three-month moving average basis, annual house price inflation slowed 0.2%pts to 30.3%. To prevent further moderation in annual inflation in November, prices would need to rise around 4% m/m – that’s more than in any month yet in this cycle, and indeed in at least a couple of decades.

"So looking through the noise, we’re convinced we’re now past the peak of the current inflation cycle, but the pace of moderation from here remains very uncertain," they say.

"We’re comfortable that October’s acceleration in house price inflation was more noise than signal. While we’ve 'banked' the stronger starting point, we’re still of the view that 2022 will bring much weaker price gains (including a few months of price falls as higher interest rates bite)."

The economists say in terms of significant headwinds for the market, these include tightening financial market conditions - including rising mortgage rates, tighter macro-prudential policies, Government policy changes, increasing housing unaffordability and the closing gap between housing supply and demand thanks to a booming construction sector.

"That’s a lengthy list of headwinds, and they may manifest faster than we assume."

So what’s keeping the market from "rolling over" already?

Firstly: "House prices are determined at the margin (where a very small share of the overall housing stock turns over). Currently, there is a very limited supply of houses available for sale. As spring wears on listings are lifting, but on a seasonally adjusted basis they are still very low. That could change, but there’s no sign of it yet."

Secondly: "FOMO (fear of missing out) is a common characterisation at the moment of the housing market’s “animal spirits”. Animal spirits is a catch-all term for thinking about the impact of human instincts and emotions on the decision-making process. Right now, FOMO appears to be exerting additional cyclical pressure on the market that cannot be explained by the fundamentals and policy settings alone. But with rising rates, and an eventual confirmation that the market is slowing, this sense of urgency could quickly go the other way."

Lastly: "Perhaps the biggest (and more sustainable) floor under the housing market is the strength of households’ balance sheets."

"With employment very strong, it doesn’t look like a household income shock is about to force the sale of properties and drive a price correction any time soon.

"However, with housing debt having lifted very strongly over the past year or so, it’ll be a long time before such risks dissipate."

But they also note that construction has become a larger share of employment in recent years.

The tight labour market is "certainly more exposed" to housing than it was before this pandemic crisis.

"Balancing the lengthy list of headwinds against the remaining tailwinds, we land at an outlook for a soft landing in the housing market.

"That Goldilocks scenario certainly has risks on both sides, but at this stage our assessment is that there isn’t enough evidence to suggest prices are about to fall off a cliff, nor are there any indicators suggesting we’re about to get a second wind. That leaves us with a relatively middle of the road outlook for a period of weaker-than-average growth over 2022, but a gradual return to average over 2023."

The economists add, however, that "there’s a lot that has to go right" for their forecast to come to fruition. And, on balance, "given the ridiculous starting point" of the market, they continue to characterise the risks as being skewed to the downside.

"All up, the housing market (and broader economy for that matter) still has a lot of transitioning to do to get through the Covid crisis and its policy response unscathed. It’s unlikely to be smooth sailing on all fronts, but at this stage we remain optimistic that a soft land is at least achievable."

On the construction industry, the economists say this has definitely been an outperformer in the New Zealand economy over the past 18 months.

"The sector has been booming, but with interest rates rising and the housing cycle looking like it’s peaking, there’s a risk that we could see a hard landing in the industry, dealing a blow to the rest of the economy along the way.

"But while there are many challenges facing the industry at present, that’s not our central view. After all, there is a lengthy pipeline of activity for the industry to work through, and a lingering (but improving) supply-demand imbalance. That said, construction tends to be a bit more cyclical than many other industries, so we’ll be keeping a close eye on developments.

"...With inflation now so high, and entrenched in both business and consumer expectations, the RBNZ needs to keep hiking interest rates to get ahead of the curve. The more inflated things get, the more they will need to tighten monetary policy – and the higher the risk of a hard landing in the construction industry (and housing more generally).

"The risk of such a hard landing is very real as interest rates rise, and annual house price rises look peaky. Looking at history, the construction sector tends to have a much more volatile cycle than the rest of the economy."

I just wish economists would stop making such predictions at this time. No one really knows what will happen since COVID and most of these "experts" have been getting away with being completely wrong.

House prices can't keep going up at 30%pa and it would take a large shock to cause them to fall.  I don't see anything wrong with this prediction.

Soft-landings are nothing new for the NZ housing market.

Nice to feel one's backside sink into the butter.

So most people seem to think that the economists ALWAYS get it wrong. Does this mean.... ?

so based on the ANZ's other housing market  predictions it will either be a 10% increase or a 20% decrease this time next year.

A soft landing is what the banking sector wants so a good narrative to share.  Not a good outcome for banks if property falls 20%.  What else could they say

I had a look at the other side of ANZs crystal ball and it predicted Christmas day to fall on Feb 31st.

"The sector has been booming, but with interest rates rising and the housing cycle looking like it’s peaking, there’s a risk that we could see a hard landing in the industry, dealing a blow to the rest of the economy along the way.

"But while there are many challenges facing the industry at present, that’s not our central view. After all, there is a lengthy pipeline of activity for the industry to work through, and a lingering (but improving) supply-demand imbalance. That said, construction tends to be a bit more cyclical than many other industries, so we’ll be keeping a close eye on developments.

They are nearly there, but not quite - it's worse than they suggest, even if they are a bit bearish. The residential  construction industry will drop away considerably, from late 2022,once a lot of the current construction activity completes. Correction of the demand/supply imbalance, rising construction costs, unaffordable prices, rising cost of finance will all combine to pull the sector down.

The design sector will start slowing in the second half of 2022 - so watch out if you work in architecture, surveying, engineering etc - then it will flow through to building sector in 2023 - builders, contractors, suppliers, tradies, ... and flow on to affect RE agents etc...

Knowing how bank books are exposed to the housing market, they can only have a extremely biased opinion at best

The banks predict a soft landing......... run for your lives a crash is now imminent

In other words, it will remain strong.

There's no risks to banks driving a narrative for their own benefits. Even if that narrative causes the central bank to err on monetary policies; they know very well that it is the same policy makers who will then take the blame but at the same time having to bail the banks despite its the latter's persuasion that influenced the central bank's decision.

Everyone is a tradie. Everyone talking and thinking about property prices. A long period of lowering interest rates.  House prices supported by Govts. Late in the cycle LVR removed to create a euphoric final stage. Everyone leveraged up to their eyeballs. Building houses for record numbers of immigrants.
Also the world talking about NZ breaking a few records etc, this was the same in Ireland. But you cant learn from watching others mistakes you have to feel the pain!. Still took Ireland a few years for house prices to drop nearly in half after the initial loss of confidence in the ponzi.

Main take away is they accept its going to land.

They have no idea how hard.

It might Land ok but is the runway long enough.

Or will it land with no wheels down...

Is still appox $24000 a month that is appox $6000 per week and still.......Softer will be $4000 per week or maybe $3000 per week but even that after 50% to 100% rise is killing and the way economist puts in itself potray that they too are enjoying the benifit of housing ponzi and comming out with headlines to cover up the damage bu using words like SOFT LANDING.....trying to influence Mr Orr to go soft on 24th November but they should know that Mr Orr needs no convincing as he too is on the same boat as they are.

Market is softening, blah blah was first spoken by Mr Orr in March when he said that he has data / information that going forward market is cooling and that was six months ago. May be he was playing on basis of comparison like Doctor saying that good news is that you will not die though will be bedridden for the rest of your life.

We seem to have reached a permanently high plateau.

ANZ economists have predicted 27 of the last 2 soft landings for the housing market.