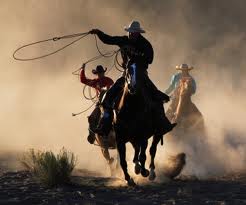 Banks are encouraging commercial property syndicators to increase borrowing levels against properties they buy, pointing out higher leverage can create better returns to investors, says the managing director of one of the country's biggest syndicators.

Bryce Barnett, the managing director of New Plymouth-based KCL Group, also told interest.co.nz he is worried about "cowboys"  targeting the property syndication market given the current low interest rate environment and banks' willingness to lend, which is creating "arbitrage" opportunities given lending rates are typically 3-4% below the yield properties are selling for.

Barnett, whose KCL is in the process of merging with the Cheryl Macaulay owned and run Commercial Investment Properties, creating an entity with about NZ$800 million of property under management and between 800 and 900 investors, says banks are prepared to lend up to 60% on property purchases when KCL doesn't borrow more than 40-45%.

KCL has recently syndicated three Countdown supermarkets (located in Pukekohe, New Plymouth and Tokoroa). Barnett says the properties were bought at yields of 8% to 9%. KCL borrowed around 40% of the purchase price, borrowing at under 5% for five years from TSB Bank and about 5.1%, also over five years, from Westpac.

"It's actually scary. And this is where I see the pitfall of the whole property market," says Barnett. "The banks now would love to lend us 55% to 60% on some of our properties. But we're not breaking that rule in the 40-45% range, give or take. The more we borrow at present with interest rates of that versus the yield, you can see how we can increase returns. And this is what my concern is."

"We would rather take the approach of 'let's be conservative' because this will change.'  It might be two, three, four, five years out," says Barnett.

"I see the banks now saying 'borrow more, pay more to investors', and we're saying 'no, we've got some fundamental rules'. And I'd just hate that any new players, or single investors, over gear in this current market because of the low interest rates," Barnett says. "It's tempting, very tempting. Particularly when you're talking about a 3% gap, 3% is material."

These proportionate ownership schemes see ownership of a property split into equal shares, with those buying one or more shares each becoming part owners. The syndicate arrangers generally manage the schemes too and charge fees for doing so. For investors, the minimum investment tends to be at least NZ$50,000 but can be higher. Generally they're aimed at what are described as "eligible investors" (habitual or sophisticated investors) under the Securities Act.

Barnett suggests there are three or four good operators in the sector.

"And I just hate to think of the cowboys that come in and see it as an opportunist situation and stuff it," he says. "What worries me is while these arbitrages between interest rates (exist), cowboys are going to come in. That happens in any industry."

"In the three supermarkets we needed to raise about NZ$23 million of equity. We had that filled within a week. And by the time we could tell people we were over subscribed, we had registration for well in excess of NZ$30 million which is unprecedented," says Barnett.

"I believe that's partly reflected by the quality of the product but there's still a bigger demand out there."

Augusta poised for its biggest ever syndication

The sharemarket listed Augusta Capital (formerly Kermadec Property Fund), another major player in the sector that has been syndicating property since 2003, is poised to open its biggest proportionate ownership scheme to date. Augusta is buying Auckland's 360 Dominion Road from the Equinox Group, where ASB operates a call centre, for NZ$25.03 million.

Augusta general manager Christopher Francis says the deal is the firm's largest in terms of the NZ$17 million equity to be raised. Francis says funding's not finalised yet but the debt to property value ratio will be less than 40% and ASB has been the lender on most of Augusta's syndicates. Augusta Capital will fully underwrite the offer.

"Investors are pretty discerning about tenant quality, lease term, and the location of the property," says Francis. "Our investor base is generally made up of people that have a preference for property as an asset class, and like owning a solid, tangible asset that they can see and touch, and which provides strong cash-flows."

Meanwhile, Barnett says the combined KCL-Commercial Investment Properties will consider buying and syndicating bigger buildings than the two individual companies have in the past.

"There are a few big ones that are being bandied about in the marketplace at present that are well over NZ$20-NZ$30 million. We will seriously look at those because of the length of lease and the tenant quality," says Barnett.

He says KCL currently has no investors wanting to sell in the secondary market. One recent seller, a Maori trustee who needed to realise NZ$1 million from investments, was able to sell out of one of KCL's syndicates within three or four weeks with eight other investors' collectively buying his two units.

Barnett describes the deal with Commercial Investment Properties, which has its roots in Timaru but also an office in Auckland, as a merger rather than a takeover. It will allow the combined, bigger entity - where Barnett will be managing director - to put greater resources into "understanding investors' expectations and managing them."

Property syndications operate under the Securities Act (Real Property Proportionate Ownership Schemes) Exemption Notice 2002. This means they aren't required to produce a registered prospectus or investment statement. Instead, they must provide what's known as an "offeror's statement" and a registered valuer's report before signing up investors.  However, this exemption notice is due to expire on September 30.

The Financial Markets Authority (FMA) released a consultation paper in April on this and other class exemptions.  On proportionate property schemes the FMA said: "Complaints and enquiries received from members of the public and from industry have raised concerns about the sufficiency of disclosure and conduct obligations and the practicality of the regime. Our initial thinking is that clearer investment information disclosure (including highlighting the possibility that further payments may be called for) and oversight by a trustee may be appropriate."

A year ago Serious Fraud Office (SFO) CEO Adam Feeley told a parliamentary select committee the FMA had been referring concerns about proportionate property ownership schemes to the SFO.

Simon McArley, the SFO's general manager of financial markets and corporate fraud, wouldn't comment on any possible SFO investigations. However, McArley told interest.co.nz the SFO's main concern about proportionate property ownership schemes, 'their close cousins" contributory mortgage schemes and hybrid products where the likes of fixed rate bonds are stapled to proportionate ownership schemes, is the assets of one scheme potentially being "muddled" with another.

"They're single property ventures with only one piece of property in there. And if they need additional money there's no easy way of getting it in," McArley says.

Blast from the past: Securities Commission's warning

Interest.co.nz also asked the FMA, on Tuesday, for comments on the sector and anything in particular it was noticing at the moment. However, as of 5pm Friday, no response had been received.

In 2009 the Securities Commission, the FMA's predecessor, cautioned investors' of the potential risks of proportionate property ownership schemes, saying they ought to think about how to get out of a scheme in the future, should they wish to.

"Given the lack of a formal market, it might be difficult to on-sell  your interest, particularly if the scheme isn't performing well. Find out how it will eventually be wound up. Some schemes continue indefinitely until investors vote to wind up. In this case, you need to understand how many votes are needed - if a majority vote is enough, the scheme might be wound up against your wishes," the Commission said.

It also noted investors' in a property syndicate could end up sharing its debts if things turn pear shaped.

"Someone investing in this type of property syndicate may also be agreeing to share its debts and liabilities, jointly or severally.  This means that if the syndicate can't pay its debts or fund repairs,  investors may have to make up the shortfall. In fact, each investor may be liable for the whole amount. You may end up owing money to the syndicate."

Other than the possibility of the 'pot calling the kettle black' isn't the tone of this article that of an alarmist?

"And I just hate to think of the cowboys that come in and see it as an opportunist situation and stuff it," he says. "What worries me is while these arbitrages between interest rates (exist), cowboys are going to come in. That happens in any industry."

The banks now would love to lend us 55% to 60% on some of our properties. But we're not breaking that rule in the 40-45% range, give or take. The more we borrow at present with interest rates of that versus the yield, you can see how we can increase returns. And this is what my concern is."

Who are the cowboys? -  the syndicators, the banks, or both.

I would have to say it's the regulators!

The most recent ECB proclamations would tend to support such a view.

The intent of the authorities has been and always will be to socialise the losses after the fact and to hell with the taxpayer.

.... just pray that the Parliamentary Oafs don't see it in their wisdom to apply a government guarantee to all involved in this flight to greed .... again !

Doesn't it depend on the health of the favoured and how any deterioration of that state may impact upon the most grasping public servant's welfare?

I have two units in a proportional ownership syndicate set up by Augusta now managed by Commercial Investments Property, the return was initially 9% then dropped a few years later when the loan was refinanced at a higher interest rate.
Then suddenly the three major retail tenants got together and demanded each a 6 month rent holiday with the assistance of Site Retail which reduced the return to 2.5% for some time while these rent holidays passed.
I have discussed selling my units through CIP but that's as far as its gone as clearly they have no secondary market in place and its not in their interest for unit holders to sell as their business depends on the syndicates remaining in place with an open ended selling date.
So do I think proportional ownership is a great investment well yes, provided you have a wind up date of around 5 to 7 years so the investors can exit the syndicate.