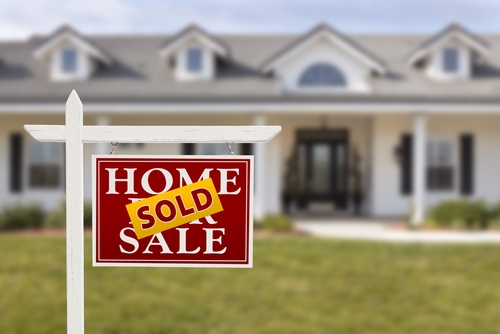 House prices dropped from their record levels in the last month, with the median falling to NZ$390,500 in April, down from the record NZ$400,000 achieved in March.

The national median in April was 7% higher than for the same month last year. Auckland's median was 13.3% higher than a year ago.

There were 7104 houses sold in April 2013, an increase of 25% on April last year, and the best April turnover for six years. While the April figures were 12.6% down on the stellar March figures, on a seasonally-adjusted basis they were actually up 0.8%, indicating that sales were slightly stronger than would normally be expected for this time of the year.

The REINZ Stratified Housing Price Index, which adjusts for some of the variations in mix that can impact on the median price, is 9.8% higher than April 2012 and increased 0.8% compared with March. It is the highest rate of increase since late 2007. The index figure is the one watched most closely by economists and the Reserve Bank.

The chief executive of the Real Estate Institute of New Zealand (REINZ), Helen O’Sullivan, said April was notable for the surge in prices and sales of mid-level homes in many parts of the country, which was reflected in a new high for the REINZ Stratified Price Index and records for the index in Wellington and Other South Island districts.

"Several regions appear to be benefiting from the tail-wind generated by the strength of house prices in Auckland and Christchurch," she said.

The pause particularly in Auckland house price rises, backing up the figures from Barfoot & Thompson released at the start of the month, will give some comfort both to the Reserve Bank and the Government.

And just last Friday there was an announced accord between the Government and the Auckland Council aimed at producing 39,000 extra houses for Auckland in the next three years and taking pressure off the shortage of supply in the country's largest city. The targets set by the accord are, however, historically much higher than Auckland has achieved.

O'Sullivan said sales volumes in the Auckland region increased by 30% compared with April 2012, displaying strength right across the region. Compared with March, sales volumes fell by over 16%, with North Shore, Rodney and Outer Auckland seeing the largest falls in sales and Manukau City seeing the smallest fall.

"The Auckland market continues to see strong demand for properties, particularly in the urban area, with any increase in listings quickly being absorbed by sales. Investors appear to be more active in the market than 12 months ago, although the number of first home buyers remains steady," O'Sullivan said.

Wellington the big mover. Index up over 1% in a month. 12% up in welly by this time next year?

ANZ states; House sales volumes firmed 3.8 percent in April to be 25.2 percent up on a year earlier.  Annual house price inflation firmed to 9.8 percent, the highest since September 2007.

Simon, Wellington may well be on track to surpass the national average house price inflation level.

Cumulative averages appear to confirm housing bubble expectations if you don't appreciate the impact having 7% of sales coming from decile 1 and 12% from decile 10 has on average and medians prices, view graph

Balance out the sales and results don't look so impressive, view graph

CPI adjusted balanced averages show the "so called" housing boom is back to 2006 real values for the bottom half of the market. The top half is struggling to pull real average values back to 2008 levels, view graph

What is the RBNZ doing introducing tighter regulatory lending controls? - is this a naked attempt to draw attention to the unreal strength of the NZ housing market.

All graphs courtesy of Colin Riden.

A slightly different issue Simon. I'm just back from three days in Wellington and was gobsmacked with the high volume of 'For Lease' signs up on inner city retail and commercial buildings. What is going on?

I foresee a rapid devaluation of the colllateral underpinning bank debt owed by commercial retail space landlords - the combination of higher rates, earthquake proofing and insurance costs cannot be passed on to tenants that need to remain solvent.

My girls use this site, choose a design, send off your measurements, they get it made in China and shipped straight to you, no gst too.

19 out of the top 25 salespeople at Barfoots are Asian - no surprises there!