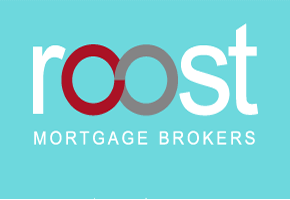 A 3.2% rise in the national median house price in February from January drove most of the deterioration. The Reserve Bank's decision to raise the Official Cash Rate by 0.25% on March 13 is expected to further worsen affordability this month.

Banks are passing on the increase to floating mortgage borrowers and averaged fixed mortgage rates have risen 0.6% in the last seven months in anticipation of the Reserve Bank's tightening.  The Reserve Bank's imposition of a speed limit on low deposit mortgages in October has also cooled activity and prices in the housing market in recent months.

"Some banks have returned to offering deals to those with higher LVRs and a broker can help borrowers navigate between the banks for the best deal," said Roost Home Loans spokeswoman Colleen Dennehy.

The Roost Home Loan Affordability reports show national affordability worsened to 58.7% in February from 57.0% in January after the national median house price rose to NZ$415,000 from NZ$402,000. Average floating mortgage rates were unchanged in February from January, but up a couple of basis points from a year ago. They are expected to rise around 25 basis points in March.

It remained toughest for first home buyers on the in . It took 103.0% of a single median after tax income to afford a first quartile priced house on the North Shore in February, up from 101.6% in January.

Fixed mortgage rates, which more than 50% of new borrowers now use, have risen around 25 basis points since mid December and are rising again in March. The Reserve Bank is forecasting it will raise rates by 2.5% or 250 basis points by early 2017.

Housing affordability has become a major economic and political issue over the last year. The Reserve Bank and Government agreed on a toolkit of 'macro-prudential' controls in May that would see the central bank impose limits growth in high LVR mortgages and force banks to hold more capital. Central and local governments are also moving to address housing supply shortages. The Reserve Bank's speed limit was applied on October 1 and it said in its March quarter Monetary Policy Statement it appeared to have worked to reduce house price inflation by around 2.5 percentage points.

For first home buyers – which in this Roost index are defined as a 25-29 year old who buys a first quartile home – there was an worsening in affordability in 20 of the 24 regions covered.

It took 48.1% of a single first home buyer's income to afford a first quartile priced house nationally, up from 47.3% a month earlier.  The most affordable city for first home buyers was Wanganui, where it took 21.8% of a young person's disposable income to afford a first quartile home. The least affordable was the North Shore of Auckland at 103%.

For working households, the situation is similar, although bringing two incomes to the job of paying for a mortgage makes life considerably easier. A household with two incomes would typically have had to use 38.4% of their after tax pay in February to service the mortgage on a median priced house. This is up from 37.3% the previous month.

For first-home buying households in the 25-29 age group (which are assumed to have no children), affordability nationally worsened to 23.2% of after tax income in households with two incomes required to service the debt, up from 22.8% the previous month. The lower quartile house price rose to NZ$280,000 from NZ$275,000 the previous month.