Latest Reserve Bank figures show the amounts on fixed interest mortages climbed to 63.5% from 60.8% in just a month

Latest Reserve Bank figures show the amounts on fixed interest mortages climbed to 63.5% from 60.8% in just a month 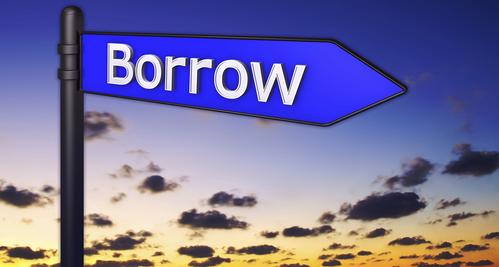 The rush for Kiwi households to fix their mortgage interest rates became a sprint in the past month, according to latest Reserve Bank figures.

The figures show that in March - the month in which the RBNZ hiked interest rates for the first time in four years - the proportion of mortgages by dollar amount that were on fixed rather than floating rates jumped to 63.5% from just 60.8% a month earlier.

The figures suggest that homeowners have gravitated particularly toward two and three year mortgage terms in the past month, with the amount on two-year terms rising to $35.604 billion from $32.998 billion, while amounts on three-year rates rose to $15.174 billion from $12.398 billion.

In March 2013 the proportion of mortgage money at fixed rates was under 50%., with many homeowners choosing to stick with floating rates while interest rates were so low and staying low. But the picture has been changing swiftly in the past year as homeowners became aware of the likelihood of interest rate rises. However, the latest month's surge has seen the move to fixed rates take on new impetus altogether.

But while there's been big shifts within the borrowing figures, the overall level of borrowing is rising only steadily - which is something that will please the RBNZ.

The latest sector credit figures, also out today, show that total household claims - principally mortgages but also including consumer borrowing - rose by a seasonally adjusted 0.4% in the past month, which is the same increase as seen in the previous three months and is down from the 0.5% and 0.6% increases seen earlier in 2013.

In terms of just mortgage borrowing, this figure showed an annual increase of 5.6%, down from 5.8% in February and was actually the smallest rate of annual increase since July last year.

Conversely, the annual rate of increase in consumer borrowing was 5.5%, which was the highest annual rate of increase since November 2007. Consumer borrowing rose to $14.283 billion in March from $14.21 billion in February. There had been suggestions when the Reserve Bank introduced its 'speed limits' on high loan-to-value lending in October that this might see some people seeking alternative sources of borrowing to bolster their house deposits, though there could just as easily be other reasons why the consumer borrowing figures are rising more quickly.

In other sectors, the total amount borrowed by the agricultural sector rose slightly to $51.91 billion from $51.866 billion, with the rate of annual increase 2.3%. That's the slowest annual rate of increase since May 2012.

Last couple of months in the bank we've been told around 70% of mortgages are floating currently so rate increases will affect more people more quickly and therefore the RBNZ tools will have a faster impact on what they are trying to achieve and things can go back to normal. I see it as: 1)Put the rates up + higher deposit requirements to remove a good chunk of domestic buyers from the market 2)Put the rates up aggressively to scare people who are in the market into fixing 3)Allow/bring housing stock onto the the market putting downward pressure on house prices 4)Watch all those people who took 95% loans and the people who brought at the top of the market struggle for a bit on their newly fixed mortgages 5)Let the mortgagee sales begin 6)Drop rates and deposit requirements so those with cash or who still have equity snap up all the bargains and rent them out to the ex-home owners.