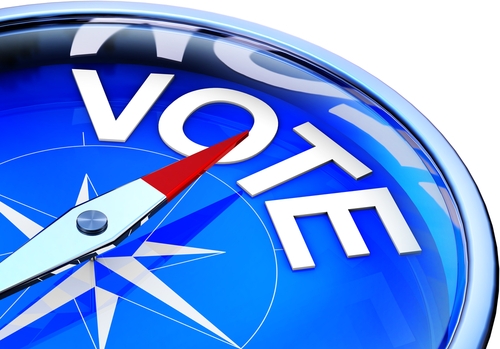 Market implications would be "substantial" in the short term if a broad centre/left coalition were to win the forthcoming election, according to Westpac economists.

In a special election focus (pages 10-11) of their latest quarterly Economic Overview, the economists said such a new government would lead to:

They also said it was "reasonable" to expect a change of government to result in a short period of slower economic activity via business uncertainty.

"Businesses might hold off on investment and hiring decisions until the new policy environment became clear – especially considering that a centre/left coalition would comprise three major parties among which new policies must be negotiated," they said.

The Westpac economists considered there were three likely scenarios following the September 20 election:

The economists predicted little change under the first two scenarios, but substantial short-term impacts under the third.

As well as the impacts already mentioned above, the Westpac economists said there were two key centre/left policies that could be expected to produce temporarily slower domestic spending.

"Both Labour and the Greens propose dramatically broadening New Zealand’s capital gains tax (CGT), which is currently so narrow that it is almost irrelevant.

"The new CGT would be levied at 15%, payable on realisation, and the family home would be exempt.

"Labour further proposes to “ring-fence” losses for residential landlords, meaning losses can’t be offset against other income for tax purposes."

The economists said they supported the introduction of a CGT, because it would help right the "current misallocation of resources to land-based economic activities", and would lift the rate of home ownership (other useful measures would include lowering the rate of income tax and reducing the rate of inflation).

They said by broadening the tax base, a CGT may allow other distorting taxes to be reduced in the future. But they warned that introducing a CGT in combination with "ring-fencing" would affect house prices by discouraging investors.

"We calculate that a 15% CGT would reduce the value to an investor of a given property by 23%, if rents remained unchanged," they said.

"Even if we assume a 10% lift in rents, the loss in net present value of the house to a landlord is still 15%.

"Similarly, removing the tax-free status of most capital gains would reduce the capital value of farm land."

How such a "change in fundamentals" would affect actual market prices was, "of course", unknown, the economists said.

"But our suspicion is that the mere announcement of a CGT would have a marked impact on farm and property prices."

"What’s more, the introduction of CGT might directly affect economic activity in the short run by reducing housing turnover.

"This combination would temporarily slow GDP growth, requiring the RBNZ to moderate its tightening cycle," they said.

The economists also commented on the recent monetary policy announced by Labour, specifically:

The Westpac economists said they didn't think these changes were necessary.

"But their effects will be fairly modest. The proposed compulsory savings scheme would lift national savings by only about 0.6 percent of GDP, drawn out over an extended phase-in period.

"The VSR would be a much less potent demand-management tool than the OCR – our back-of-the-envelope calculations suggest that a one percentage-point hike in the VSR would be equivalent to an OCR hike of about 10 to 15 basis points.

"And because it would be impossible for the RBNZ to have more than a passing effect on external balances, the second part of the new dual mandate would have little bite."

However, the economists said the initial transition to compulsory savings would require the household sector to reduce spending to some extent. This might contribute to the reduction in domestic demand and GDP growth.

The economists stressed that the above expected ramifications were all in the short-term, while a change in government had "ambiguous implications" for the longer run.

"In our view, a change of government would not necessarily alter New Zealand’s long-run average exchange rate," they said.

"It is possible that the centre/left’s policies will alter interest rates in the long run, but the direction of change depends on which of the following dominates:

"The VSR would be a much less potent demand-management tool than the OCR – our back-of-the-envelope calculations suggest that a one percentage-point hike in the VSR would be equivalent to an OCR hike of about 10 to 15 basis points.

Why does anyone comenting on that policy only ever use a small piece of paper? Do some proper calculations, you are a head economist.

Plus it has been discredited many times as they assume a hike in OCR hits everyone immediately and no-one is on fixed rates. Lots of scare mongering rather than discussion happening.

Scaremongering ? So the Aussie Banks like the Nationals...any surprise ?