High asking prices and a surge of listings on Realestate.co.nz point to a hot summer for the housing market

Property
High asking prices and a surge of listings on Realestate.co.nz point to a hot summer for the housing market 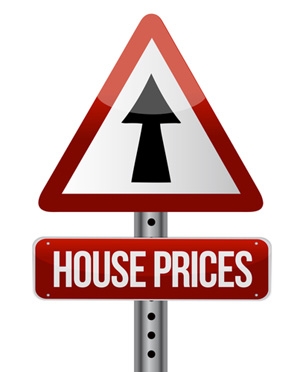 The average asking price of homes listed for sale on Realestate.co.nz hit an all time high of $497,840 in November.

There was also an increase in the number of new listings, with 13,512 homes being newly listed for sale on the website in November, an increase of 2% on November last year.

"The new all time high in the average asking price reflects the confidence of vendors across the country, rather than in one particular region."

"Weeks of inventory is a good indication of market tightness, - total inventory divided by the current rate of sales. This measure continues to decline in Auckland, falling to 13.7 weeks in November. Auckland housing market pressures had started to ease slightly following the introduction of high loan-to-value ratio (LVR) lending limits and 100 basis points of Official Cash Rate (OCR) increases by the Reserve Bank," says Turner.

"However, in recent months, the trend in weeks of inventory has reversed and conditions in the Auckland market have started to tighten again. During this time, the Reserve Bank indicated the OCR is on hold for some time and NZ swap interest rates declined. Against the backdrop of an increasingly competitive lending environment, some fixed-term mortgage rates have fallen."

"Meanwhile, housing demand remains supported by improving household incomes, increased job security and very strong net migration inflows. Barfoot & Thompson noted strong demand in Auckland over November, with strong auction attendance and very high prices not deterring potential buyers. While the market is not yet as tight as August 2013, the Reserve Bank will be wary of these recent developments as the housing market enters its seasonal peak," said Turner.

"Given net migration inflows into Auckland have been outpacing Auckland housing construction, the Reserve Bank will be very wary of the implications on house prices given they are already very stretched relative to incomes."

Westpac economists have also raised the prospect of the Reserve Bank digging anew into its macro-prudential toolbox, and Finance Minister Bill English yesterday acknowledged this was possible.

*Refer to the charts below for average asking prices and new listing numbers on Realestate.co.nz for all regions in November.

Look at the drops elsewhere though, or the break evens.

Auckland house prices are getting like Sydney,  but without the same income levels to sustain them

Not that I think thats sustainable.