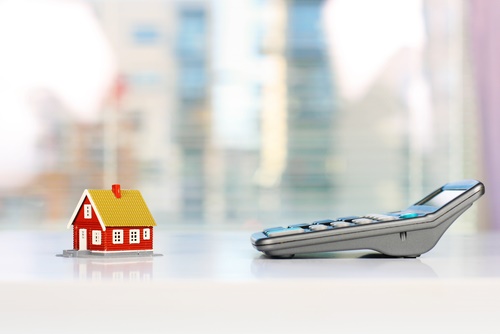 Banks have been showing no inclination to push the boundaries of the Reserve Bank's 'speed limits' on high loan to value lending despite it being the high season for buying and selling houses.

Latest figures just released by the RBNZ show that in February the proportion of new bank lending for mortgages worth more than 80% of the value of the house the mortgage is taken out on was just 7.5% of the total, or 6.1% after allowing for some types of lending exempt from the LVR rules.

This is still very comfortably below the 10% level that banks must not exceed - although the ratios of the individual banks are not shown and obviously some may have had higher levels of high LVR lending than the 6.1% figure, which is a total for all the banks.

Another way, of course, to look at the figures during a time of higher housing activity might be that the banks are not having to push for low equity business when plenty of other business is coming their way.

That 6.1% figure was a slight rise on the 5.8% figure in January, but still well down on the 6.8% recorded in December. The highest proportion of LVR lending (after exemptions) seen from the banks since the introduction of the rules toward the end of 2013 has been the 7.3% figure seen in September last year.

The RBNZ figures show that total new mortgage commitments from the banks in February were worth $4.628 billion, up from just $3.565 billion for January, which is traditionally much quieter for housing sales.

The February figure is nearly 20% higher than the total seen in February last year, when housing sales volumes were clearly being affected by the impact of the LVR rules. The amount of high LVR lending last month (after exemptions) was $277 million, up from just $146 million in February 2014.

The RBNZ had last year made noises about potentially removing the LVR rules at some point, but this is now seen as highly unlikely in the near term, given the way the Auckland housing market in particular has taken off again since the last election.

Meanwhile the impact of housing investors in the market appears fairly constant.

The RBNZ started publishing information breaking out mortgage lending by category last year and since the first information on this was released for October 2014, the figures have shown a consistent trend of property investors accounting for around 30% of new lending by monetary amount.

February was no exception with $1.418 billion of the $4.628 billion of new mortgage lending going to people buying properties for investment purposes.

In terms of numbers of people and parties taking out the mortgages, there were 5308 to investors, which represented about 18.5% of the total number, which was 28,778.

The RBNZ is heading toward potentially targeting property investors with a new macro-prudential tool and has, as a possible first step toward this, put out proposals to recategorise residential mortgages held by investors.

The RBNZ itself has been crunching numbers and reckons the proportion of new lending going to property investors is actually higher than the official figures it's publishing suggest. RBNZ Governor Graeme Wheeler recently quoted figures suggesting that investor purchases currently make up around 35% of residential sales by number nationwide, with Auckland currently sitting at 40% by number.

The RBNZ's primary concern is the impact on the financial stability of the banks that a 'boom and bust' property cycle might potentially have.

Whilst a good idea in theory clearly the LVR limits are having no effect on investors - who are generally prudent enough along with the banks when it comes to borrowing and lending for investment. Ironically the only people really effected are first home buyers. Unintended consequences and all that. What will they try next to disrupt the free market? What will the unintended consequences be then?

It's not a free market and shouldn't be treated as such.
The supply is controlled by the government.

Intervention is required to stop the vast inter-generational wealth transfer. We're impoverishing our young to top-up our pensions.

So the RBNZ has got an "achived"  for the first of its effort , but a "not achieved " for the seocond .
...........'despite a resurgence of the housing market '............banks  are behaving
What does that tell  you ?
1) The banks dont want to fall foul of the law , and likely understand that there are risks because there  is no value in Auckland  houses  at current prices
and ,
2) Quite simply  the LTVR has totally failed to calm Aucklands overheated market , and if the RBNZ intention was to "protect Banks"   maybe its working from that perspective, but  got a Not Achieved for anything else  .

Without the LTVR restrictions, it would be worse.