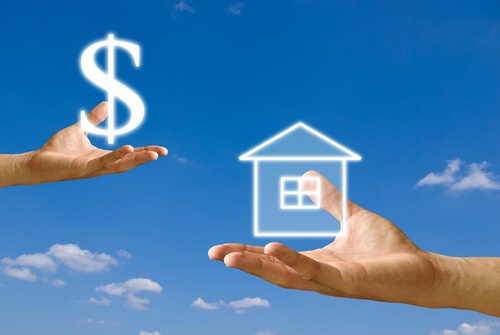 New figures for December released by the Reserve Bank show that just over a third of the $6 billion borrowed for house purchases during the month went to investors.

That's comparable with figures in the past year during which the proportion of properties being bought by investors has generally been rising. In September a peak of about 34.5% of all the mortgage money borrowed in that month was borrowed by investors.

These are national figures and the Reserve Bank to date is not breaking out figures for Auckland. The RBNZ has indicated it believed that investors' share of the monthly house purchases in Auckland was running at over 40%.

That's why in November the RBNZ introduced new rules under which Auckland housing investors can't borrow more than 70% of the value of the house they are buying.

Early signs were this was going to have quite an impact.

In October, immediately prior to the introduction of the rules, the proportion of housing investors slumped to just 29.3% of the total.

However, it has bounced back almost immediately.

In both November and December investors made up just under 33.5% of the total amount borrowed.

These are national figures, of course, so therefore could indicate that investors are switching attention to outside of Auckland as has been anecdotally suggested.

But while that might be happening to some extent, the detailed figures suggest that plenty of Auckland investors are still finding ways of buying in Auckland.

The December figures show that $1.3 billion of the $2 billion (about 65%) loaned to investors was for LVRs of under 70%. That's very different to how the figures were looking just a few months ago.

As some means of comparison, In December 2014 there was $1.67 billion loaned to investors. At that stage over half of the money was advanced on LVRs of over 70%. So, somehow or other, investors appear to be finding the extra equity they need to be able to buy houses.

Given that the new rules were designed to take some steam out of the Auckland market by dampening the interest of investors, these figures - although very early into the new regime - might suggest that the rules are to date having less impact than the RBNZ wanted.

must be some friendly valuers out there

And those valuers would be instructed by?
- Its very hard to defeat the weight of process.

In the subprime collapse there was a friendly S&P rating AAA what were actually junk financial instruments. What if the New Zealand property bubble bursts only to discover there are dodgy unethical valuers?

"So, somehow or other, investors appear to be finding the extra equity they need to be able to buy houses."

30% equity is no barrier to seasoned property investors. Recent capital growth in Auckland (20% + in one year) has dramatically improved debt to equity ratio. On a related topic, debt servicing costs have dropped dramatically as well making it extremely easy for investors to purchase more property. Oh I forgot to mention that rents are increasing as well, that makes it easier as well.

Agree. Many investors have been working on equity levels of 40%+ across their portfolios so the 30% deposit required is not difficult to achieve. With the low interest rates, yields look much better than they have also. You can actually find cashflow neutral/positive properties in Auckland right now (although it does require a very modest allocation for maintenance costs).

It would only take a small correction to drop the lot of them under threshold and freeze them out.

Only paper equity AA and the Banks appreciate that fact believe me. 6% has disappeared from Auckland values since October and is likely to continue as the world is one big market and it is full of volatility. Chinese investors are not feeling so flush these days as they watch their share markets move down. Time to sell and lock in profits, not buy a falling knife.

EA, Experienced investors don't sell when the news turns a little negative. They know that holding on pays massive benefits in the long term. I know many newbies that purchased one property, it looked good for a year or two and then the news changed negative so they sold. Three years later they miss out on improving cash flows and capital gains.

A little negative! You clearly do not read financial news. The world is currently experiencing financial circumstances that make the GFC look tame. There is no doubt China is slowing down economy wise hence their citizens have virtually disappeared from the Australian and New Zealand property markets. Even Sydney house prices have started to drop in price. 6% has disappeared from Auckland values since October. That trend will continue to occur until confidence comes back into the world's financial markets. Auckland will not crash. It will just fall back bit by bit as more and more people look to sell and get rid of their expensive landlord called "the bank." Those bits will add up over time. Just remember not everyone is in your position. People have generally borrowed 100% against their family home to buy their investment properties. When they see them fall back in value some will look to sell. Human nature.

"as more and more people look to sell and get rid of their expensive landlord called "the bank." "

Really? I bought my first home 3 years ago, and already my mortgage is about the same as if I was renting the same house (so take into account insurance and rates, it's a few grand a year more expensive than renting). I would not cash in and go back to renting when rents are slowly climbing and my costs are fixed. My mortgage is decreasing all the while, meaning interest fluctuations bother me less and less over time.

That's before we even get to the non-tangible benefits of owning (can do what we like with our house, security of tenure, ability to rennovate/expand to suit our changing needs etc).

What you haven't mentioned is your capital growing. This is the most significant difference between renting and buying, and I believe why most people who buy do so. Every payment you make on a mortgage increases your share of ownership of the house (unless you are going interest only), and thus your capital is increasing. If house values crash, the debt to the bank may outweigh your capital, which is one of the risks you face. Can you get insurance against house values?

Esprit I am talking about the idiots who have mortgages close to or over a million in Auckland just to have the right house in the right area now. I should know as two of the aforementioned are in my family. At least one of the partnership works to keep the bank at bay. They generally struggle financially. One is trying to sell but that is not happening in the current Auckland market. Ten weeks on the market now. Paid too much for it and will lose some capital if they get it sold.

same old same old house prices only ever rise year on year.
have a look at the stats they don't, in years of recession they fall, that's fine if you can come out the other side with your job and house makes no difference
during a recession banks cull the weak to shore up their balance sheets, and its amazing how many people don't put plans in place and make sure they can survive (or profit) from the down years
" Most notably, the bond market has been screaming recession for weeks "

They used to fall in a recession. These days a recession just means negative interest rates and money printing. Houses go up.

did not happen last time because credit froze,
you are correct in new money created will head for safe haven assets as in certain government bonds

And, as you keep the property for the long term, your financial position will only improve more.

There was a similar article recently that discussed the impact of the new rules.. And I commented that it will make no difference simply because the new regulations are no more than sensible investor business practice....And since most are 'professional' investors, have been operating under anyway.

Sure a few 'newbies' and cowboys stretching the limits, but these tend to get eliminated from a very competitive market one way or he other quickly, at their expense

The numbers just conform what one finds when chat to a few long term investors over a coffee..along with the informed comments from AA above

Doesnt matter what a core group of 'sensible investors' would do they dont set the prices as they arent the marginal buyers in auckland. Sensible investors have not been buying in auckland for past 2 years as its seen as gambling, making cashflow losses in the hope of capital gains.

The ones who have been are these newbies (and the chinese).

As both these marginal buyers have vanished the prices will reset to where the next buyers lie, probably FHB's or upgraders, but if they had to fall to levels a 'sensible investor' would start piling in, then that would need yields of at least 6%, and prices to fall 30-40% from here.

Look at sales volumes around country to see where these loans are going. Its not auckland. Auckland sales down 20-40%. Regional NZ sales up 50% or more in a lot of places.

Possibly a mix of the above or....don't forget the rules only apply to Banks, not Mortgages providers in general

Nope despite the nay sayers, the Government should regulate to cap rents at a max of $200 per week for a house. they'll need to do something to protect FHBs but every one else is an investor. This'll have a positive impact on a number of areas, namely home affordability and poverty to start with.

starting to agree with you on the rent controls, if they don't do anything they will have to raise the HS then rents will rise again and so on.
it will become another hole of government expenditure

Banks tighten up on Chinese property buyers with strong ties back to China and weak ties to exit country
http://www.cnbc.com/2016/01/29/hsbc-curbs-mortgage-offering-to-chinese-i...

interesting times, I know of Chinese sons and daughters here having parents help them out with mortgage payments as their NZ wages don't cover it and living expenses.

Most people who live in small spaces live in apartments or terraced housing, get used to it or move out of auckland (name anyone who earns less than say 500,000 pounds a year who lives in a detached house in London)