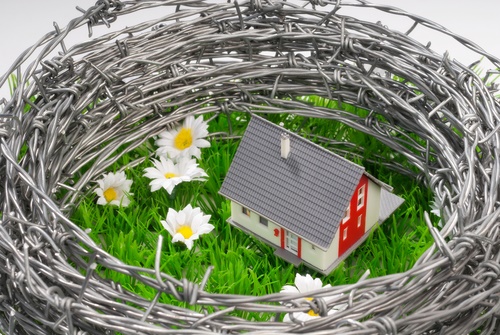 Economists with the BNZ are casting doubts on the Reserve Bank's ability to get quick approval for debt-to-income ratios, citing reluctance by the Government to sanction such a measure ahead of next year's election.

The RBNZ has expressed enthusiasm for adding DTIs to its its macro-prudential toolkit and has approached the Government  to that end.

While the RBNZ has never declared an aspirational starting time for DTIs (it can't given that the Government has to approve it), the earlier indications from the central bank were that it was keen to get such measures at least available in its arsenal by early next year.

The RBNZ has had macro-prudential tools available since 2013, courtesy of a Memorandum of Understanding with Finance Minister Bill English.

In what's now looking like something of an oversight, DTIs weren't included in the range of macro-prudential tools available.

Loan-to-value ratio lending controls were included and these have been used heavily by the central bank in the past three years.

The latest move on that front was the recent introduction of a nationwide 40% minimum deposit for housing investors.

BNZ CEO Anthony Healy has already said he thinks the new LVR measures will only have a short term effect.

But the RBNZ is of course hoping to follow up the latest measures in fairly short order with debt-to-income ratios.

However, writing in the latest BNZ Markets Outlook, BNZ senior economist Craig Ebert says the economists are not convinced the country will see DTIs "any time soon".

"While the RBNZ has requested the government formally add this policy measure to its arsenal, Finance Minister, Bill English, has just prolonged the process by asking for more information on the proposal," Ebert said.

"We sense the government is less keen on the DTI measure than the RBNZ is, mindful of how political the macro-prudential policy to date has become (and an election due by mid-November 2017)."

In 2014 the Bank of England introduced rules through which mortgage lenders must constrain their proportion of new lending at loan-to-income (LTI) ratios at or above 4.5 (four-and-a-half times a borrower's income) to no more than 15% of the total number of new mortgage loans.

And in 2015 the Central Bank of Ireland also introduced LTI ratio limits. Loans on primary dwelling homes in Ireland are now generally subject to a limit of 3.5 times loan to gross income. For banks this limit should not be exceeded by more than 20% of the euro value of all housing loans for primary dwelling home purposes during an annual period.

Prominent Auckland mortgage broker John Bolton has commented that rather than "pulling out the bazooka" of DTIs, he would like to see the RBNZ "use a rifle" and continue to finesse the rules already applied. Bolton has previously referred to the 40% investor deposit restriction put in place by the RBNZ as a "sledge hammer".

"I’m confident it will smash the issue but I also think there will be significant collateral damage and I’m starting to see evidence of that already," he said earlier this month.

We all know that national government though agreed in principal will try all trick to delay or avoid it to suit their agenda.

This government stands exposed and sinking deeper and deeper.

Looks like all those whose business depends on ever-increasing housing debt are coming out against DTI. By that rationale alone, I support it

Bill English is reluctant introducing DTI ratios because he is worried about the impact on finacial stability, not the other way around

So financial stability is maintained by allowing folk to continue to borrow recklessly, - seems unlikely.

The LVR limits, and other measures introduced by the RBNZ are having a major impact by a) reducing liquidity in the market, and b) locking out the bulk of investors.

If this is the case, then they will have little impact so should be implemented to prevent the next housing boom-bust cycles

I agree, however the urgency is not there this minute as prices appear to be depreciating.

Because current house prices are at the just right goldilocks level. A healthy dose of depreciation is what this very ill patient needs.

I think it depends on whether interest rates keep falling. Or if banks credit rating will continue falling. Or maybe we will have a bank fail before then, as the sharemarket is starting to crumble. All these things are linked.
But these restrictions are too late anyway, the horse has long bolted. It will be the naive that will likely lose out when the correction occurs. It does remind me a little of playing the game hot potato, and who is left with it when the music stops. In this case it could be a house that was purchased for 1 million, but can only be sold for 500k

Really surprised that policy to control team ponzi didn't rate a mention in the last election. will be more surprised if it doesn't figure next year as it would appear to be a "gimmi" for those wanting to get back in power next year. The opposition dont attract the vote of team ponzi, so nothing to loose by making strong play in that direction....except their own portfolios.

I think we need to start editing such words as Ponzi from the NZ property market comments. A true Ponzi is based on fictitious profits and illegal book-keeping. An open market such as NZ housing is a true market and does not fulfill any of the Ponzi definitions. We can say over valued, over heated market, but a Ponzi NZ property is not.

Ponzi Finance is the last step before the Minsky moment.

The use of the word “Ponzi” is valid, and should not be censored.

"The final stage - Ponzi finance. At this point banks make loans to firms and households that can afford to pay neither the interest nor the principal. Again this is underpinned by a belief that asset prices will rise."

It is common for property in NZ to be negatively yielding.

Banks in new Zealand don't lend to people that can't afford to service...so how is our market ponzi? I can't even get a loan to tie my shoe laces and I have 50% equity, how tight do you want it should we pay cash for our houses or build them by ourselves?

People have been willing to speculate on a negative yielding property, on the expectation that property prices will rise - Ponzi finance.

You are not looking at the big picture. The rental property is negative yielding when you consider that rent doesn't quite cover costs but it is often only peanuts, like $200 a month (just take it out of the wife's salary!). If the landlord sold all his assets and put it into his rental property he would be positive yielding but would then have to fork out $600 in rent to another landlord.

Or consider Keywest and my situations. Say you have 50% equity. If you sold half your properties you would have 100% equity and a super positive yield. Conclusion = not a ponzi.

Bubble is the word you are looking for, not Ponzi.

Asset bubble: When the prices of securities or other assets rise so sharply and at such a sustained rate that they exceed valuations justified by fundamentals, making a sudden collapse likely - at which point the bubble "bursts".

Ponzi: a fraudulent investment operation where the operator, an individual or organization, pays returns to its investors from new capital paid to the operators by new investors, rather than from profit earned through legitimate sources.

There is legitimate profit to be made in property through positively geared rentals generating yield.

With rental yields at only 4.5%, banks should not be lending to investors at only 50% equity.
A prudent bank would look at the breakdown of the yield as follows:
- 1.5% for rates, insurance, maintenance, etc,
- 1.5% for interest payments
- 0.8% capital repayment (to support a 20 year loan)
- 0.7% for tax
With that breakdown, an LVR of only 30% can be supported (requiring 70% equity), equivalent to a DTI limit of 6.5 or so).
Any lending beyond that LVR is not for investing, but to support speculation.
However, as far as I can see, there are no prudent banks in NZ.
For that reason we need the RBNZ to bring in the DTI limit, at about 6 or so, to prevent speculative borrowing by speculators.

Banks look carefully at other income sources as well. A couple, both earning high salaries, have good borrowing power. Expecting houses to go up at the rate of inflation is not really speculation - you haven't factored that. People will be putting money into their rental properties or rearranging them over the years so that they are positive yielding upon retirement.

Banks should look at investment proposal on a standalone basis, they should not be enablers of negative gearing. For that reason, income of the owners should be irrelevant in the bank's consideration of the proposal.
The willingness of banks to consider other income is yet another institutional bias in favour of investors over FHBs. That bias has huge efficiency costs borne by would be FHBs who miss out on owning because of this bias.

It is common for property in NZ to be negatively yielding.

Yes it is but if you shifted all the property owners assets into the rental properties then it would be positive. The banks know this and lend out on this understanding.

Ponzi schemes use investors capital to pay out interest while earning no income while the operator lives the high life whilst Landlords use rental income and live frugally. If the rental income doesn't quite cover it it is usually not a lot extra. The amount that has to be added is much less then the low rate of inflation we have. Let's say 1% inflation (property actually much higher!) on 600K property equals $6000. Landlord has to inject $200 a month which is $2400 a year. Conclusion = not a ponzi.

Although definitely a bubble as evidenced by the equivalent house prices in other areas with similar salaries (Wellington) are half what they are in Auckland.

Although i might add, anyone who has been commenting on this website complaining of high house prices for the past few years and did not enter the property market waiting for a collapse may indeed feel like a Ponzi victim....but that was self fulfilling rather than based on any actual "real" Ponzi activities. A victim figures on the bottom right quadrant and i do urge you to step left or up for your own good.

I always though victim was bottom left
https://facilethings.com/blog/en/the-matrix-of-self-management

Quick...switch to another commodity, drying up.

Chinese all in, but smells fishy to me.