Housing affordability improving in most parts of the country as prices fall faster than interest rates are rising, our latest Home Loan Affordability Reports show

Housing affordability improving in most parts of the country as prices fall faster than interest rates are rising, our latest Home Loan Affordability Reports show 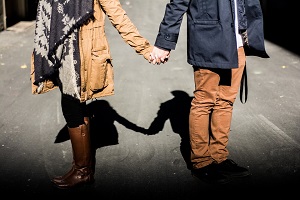 The REINZ's lower quartile price (the price point that 25% of sales would be below and 75% would be above) declined in nine regions (Northland, Auckland, Waikato/Bay of Plenty, Taranaki, Wellington, Canterbury, Central Otago/Lakes, Otago and Southland in January compared to December, and continued to rise in only three, Hawke's Bay, Manawatu/Whanganui and Nelson/Marlborough.

That more than offset the effect that rising interest rates would have had on mortgage payments for a lower-quartile priced Auckland home, with the average of the two year fixed rates offered by the major banks rising from 4.41% in June to 4.81% in January.

However, because prices in Auckland remain so high, the fall in prices that has occurred over the last two months would only have reduced the mortgage payments on a lower quartile-priced home in the region by just over $23 a week, from $753.53 a week in November to $730.15 a week in January.

While the savings the price falls have provided are not huge, the amount of debt first home buyers in Auckland would need to take on to get into a home of their own remains so large that their household budgets would likely be extremely tight and every little bit of extra cash would help.

Even in the Wellington region, which has had one of the hottest real estate markets in the country over the last few months, the lower quartile price dropped from its peak of $423,900 in December to $381,900 in January.

In Christchurch the lower quartile price has fallen for two months in a row from its peak of $411,300 in November to $374,400 in January (click on the links at left for the individual reports on specific cities and regions.)

While the decline in prices and corresponding reductions in mortgage payments will be welcome news for most aspiring first home buyers they are only a small step in the right direction. First home buyers who take on large amounts of debt to get into their first home will remain at risk of encountering serious financial difficulties from rising mortgage interest rates unless the recent price falls continue.

The Home Loan Affordability Reports track how much of a typical first home buying couple's weekly income in each region would be sucked up by the mortgage payments on a lower quartile-priced home in the same region.

So although house prices in Auckland have edged back from their highs over the last couple of months, housing in the region remains seriously unaffordable for aspiring first home buyers on average incomes.

Thanks to interest.co.nz for compiling this.
I note that the assumption that "A mortgage is ‘affordable’ when the mortgage payment is no greater than 40% of household weekly take-home pay" (assuming 2 year fixed rate, 25 year term.
That figure of 40% would have to be at the upper limit of affordable (loan to income = 5.75).
We learnt from ANZ economists that some innumerate borrowers are committing up to 52% of income, sad!.

What people don't think about is that the those that take on 40-52% of their income in debt servicing are quite often miserable. When I deal with people to help them change behaviour and navigate their way out of financial difficulty they often feel terrible about the position they are in. Large payments make people feel trapped, and in fact they are with fixed terms.

How many people have bought more house than they need? How many are struggling with large payments?

Man, if there's a slump, some people are going to really hurt...

I feel slightly fortunate to be watching from the sidelines in a small, cheap rental we can leave at any time. (Despite my share of tears and depression at watching speculators and foreign buyers push houses out of the reach of young Kiwis.)

Anything for a headline.

I wonder who can now afford a house that couldn't last month.

Step in the right direction.

I still think that Auckland's house prices have a lot further to fall. I would advise and FTB's to wait a few months more for prices to 'bottom out' otherwise you could be risking negative equity later down the track.

The only way house prices can stay completely completely disconnected from incomes is if the NZ government keeps inviting foreign buyers in to perpetuate this.

Young Kiwis should realise that's the game. The country is being sold out from under them for a quick buck for folks born at the right time.

A frend of mine is forking out over 67% of his net pay on rent for an Auckland city fringe apartment - they are just lucky his partner has her own business and they have no kids.

I have suggested to move to Brisbane or Adelaide.

So in all honesty, just how much is "affordability improving" ??? ......pathetic really.

Surely this is an 'alternative fact' piece? We all know RE prices never drop.

It's curious to me that Christchurch prices haven't dropped more. The supply of low cost sections appears to be overbuilt. At least a thousand sections between Wigram, West Melton, Halswell, Amberly etc. One would expect once actual building consents catch up there will be significant price reduction helping first home buyers.

As various commenters (some now banned) have been saying everything is fine and prices only ever go up.

Yes Auckland and Christchurch are certainly not flavour of the month currently. I note there are now 10262
Auckland homes for sale on Trade Me now. It certainly looks like a bit of fear is hitting the market there. More and more people are trying to sell now and lock in their profits. Interesting times.

Edit: Thanks for fixing the error. Apologies for being so grumpy.