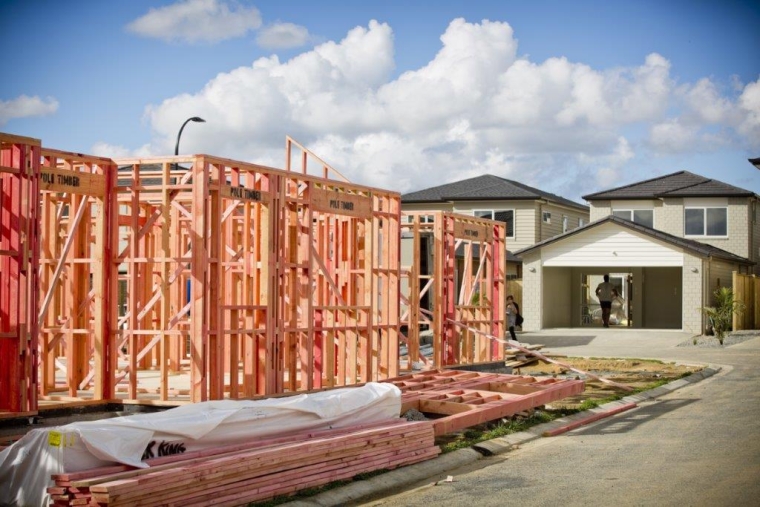 A new joint Auckland Council and government working group to tackle Auckland’s housing and urban development issues is close to sign off.

They agreed to create a formalised arrangement with a set programme that would be overseen by a working group.

The Auckland Council’s Planning Committee is expected to sign off the terms of reference for the group this week which will include Goff, Cashmore, Darby and chairwoman of the council’s Environment and Community Committee Penny Hulse. While on the government side it will include Twyford, Parker, Minister for Building and Construction Jenny Salesa and Local Government Minister Nanaia Mahuta. The group is expected to meet quarterly.

Some of the issues it will have to look at include the Auckland Development Programme, affordable housing, the funding and financing of infrastructure, spatial planning, the government’s Housing and Urban Development Authority (HUD) and removing the barriers to the efficient delivery of housing.

The council’s Planning Committee agenda for this week’s meeting says that a lot of the work the group will look at is already underway, but it will allow greater co-operation between central and local government. It states:

“By formalising the arrangements, the programme will ensure a more coordinated effort where officials believe “greatest value add” can be achieved by working collaboratively to remove blockages/enable faster delivery of private and public projects in multiple locations where planning is already well advanced, focus on areas where Council and Crown agencies are strongly aligned, avoid spreading Council and Government resources too widely.”

Auckland Council Planning Committee Chairman Chris Darby says the new working group has a major task ahead of it in trying to address the super city’s housing and urban growth problems.

“One of the key things is partnering up with the government so we’re not running off on different tangents,” he says.

Darby admits the council and central government have often been working at cross purposes in the past.

Figures released by Statistics NZ in the 12 months to the end of January showed the growth in building consents for new homes had been particularly strong in Auckland, where 1128 new homes were consented in January, up 57% compared to a year ago.

“We weren’t expecting those numbers to be so high, but while they might look rosy and it’s the best they’ve been in 20 years, we’re not taking our eye off the ball.”

Darby says Auckland still has a housing shortage of 46,000 homes.

He says after this week’s meeting the next step will be for the terms of reference to be signed off by cabinet and he says he expects the group to have its first meeting shortly after that.

Darby’s keen to emphasise that there’s always been ongoing communication between the government and the Auckland Council, but establishing this new body formalises it.

“It’s not like we’re just waiting for this to happen.”

He says the new body will also allow the council to work more closely with the government’s Housing and Urban Development Authority (HUD), which the government announced in November last year.

The new authority will be responsible for leading the government’s large-scale urban development projects and act as state housing landlord. It will bring together the three existing agencies that build homes – Housing New Zealand, its subsidiary HLC, and the KiwiBuild Unit.

Twyford said it would have wide-ranging powers to transform suburbs and cut through any roadblocks to large-scale development. Housing New Zealand’s role as a state housing landlord will become part of the authority.

Darby says the Housing and Urban Development Authority will have a major role to play in the future of Auckland’s housing and the local authority is keen to work with the government as gets it up and running.

“That has a very big mandate and I think it’s fair to say that it’s still in gestation and the council needs input into that as it’s established.”

Twyford says the new working group will allow it to work with the Auckland Council to address the city’s housing and urban growth problems and is hoping to have the first quarterly meeting before the end of the month.

"Over the past decade an unnecessarily adversarial relationship between the council and government developed. Our government wants to turn that around. We will partner the council where we can help but still hold it to account on facilitating more houses get build more quickly.

"The joint programme we are signing up to includes a specific project to engage on the proposed Housing and Urban Development Authority. The intention is to keep Auckland Council up to date on the legislative process and the development of the new entity."

He says in its first meetings the working group will be looking at a number of issues, including the Building Act and the Building Code, two roadblocks to housing growth in the region.

The Auckland Council’s Planning Committee is expected to sign off the terms of reference for the group this week which will include Goff, Cashmore, Darby and chairwoman of the council’s Environment and Community Committee Penny Hulse. While on the government side it will include Twyford, Parker, Minister for Building and Construction Jenny Salesa and Local Government Minister Nanaia Mahuta.

Never before have so many totally unqualified people been assembled at one time to undertake a task.

... its the " Saturn " principle of politics ... so much hot air , but very little substance ... running rings aimlessly around the core issues ,,,

Isn't there a theory of committees that says never have 8 members?

Kafkaesque. I know that public service employment is a safe job with hot cups of tea and comfortable slippers, but I would rather clean windscreens for a living.

Might I suggest the old Auckland Regional Council building for meetings ?
Who will play the role of Phil Warren ( R.i.P.)
Nothing changes in Auckland it just repeats

They are all from "head offices", so they will save the situation.My cynicism level is waaaay up there. Not to mention the extra $$ involved.Not too many philanthropic assistants about.

The calvary is coming

I guess it will be "the people" that will get crucified, again !! Very subtle..

Wonder if this new initiative will be anywhere near as effective as the Mayoral Housing Taskforce....
The answer is actually quite simple - the government needs to be building a LOT more housing, social AND affordable (Shared equity).
So please stop the pontification, and BUILD for crying out loud...

Indeed. People need to pay for infrastructure and stop just expecting other people to pick up the tab for them. Global city and all that, yada yada yada.

in fact the answer the event simpler - they should reduce their payrolls by 80% and stop pretending - that they can / should build housing.

They could, for a start, rub out the RUB, institute the TLA equivalent of a land tax via differential rating, ring-fence the proceeds of said rate to finance infrastructure, lower DC's and planning fees, plus fire a coupla floors' worth of Plannerz.

But I wouldn't bet the farm on any of this happening within the next generation or so.

a) The government needs to manage the immigration rate downwards to reduce the demand pressure in Auckland. (Give it to the RBNZ to manage the 12 month rolling rate as a second tool alongside the official cash rate & aim to maximise gdp/capita growth) Politicians have yet to come up with a population strategy.

b) Get rid of kiwibuild. Its middleclass welfare. Let the market provide middle and upper income housing.

c) The government/HUD need to focus on providing social housing for the poor to get them out of garages, as the market wont provide it

e) Land use response needs to be elastic. Revamp the RMA and remove land use zoning & density restrictions. Move to effects based results only based on National standards. eg. In a residential area I cant build up on 1 title due to sunlight effects etc, but if I amalgamate titles I can go to 3 or 4 stories before the effects limit the height.

f) Change the law to require:
i) local government to fund essentials (water, waste, wastewater, roading) ahead of all other spending
ii) require all major spending to go through business case analysis
iii) require all major spending to go to ratepayer vote
v) rates to be based on land value only - (effectively a land tax)
vi) the crown to pay rates on crown land to help make up the shortfall in local government funding.

Done. Who needs a committee?