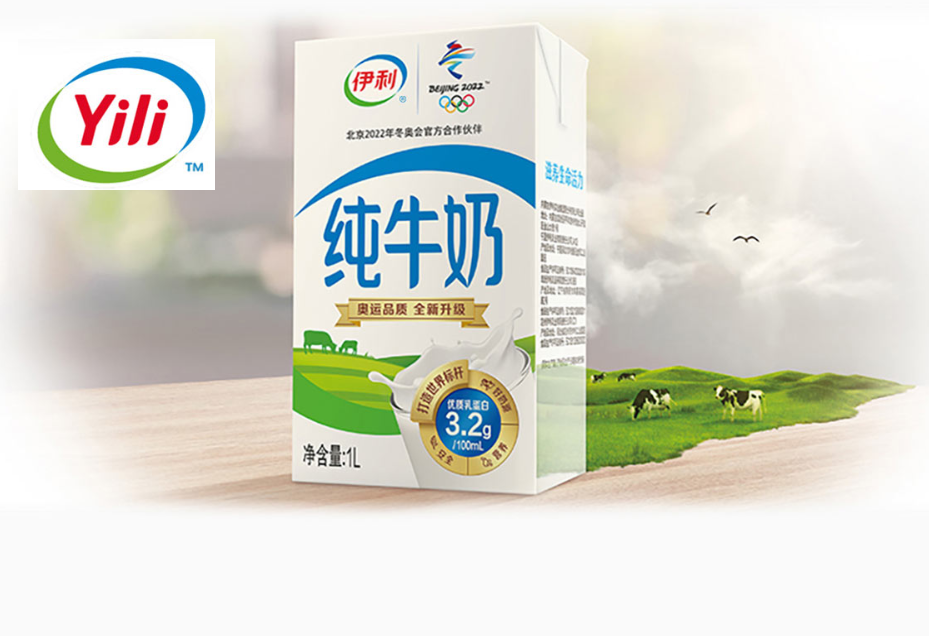 Farmer shareholders of Westland Co-operative Dairy Company (Westland Milk) have overwhelmingly voted in favour of selling the company to China's largest dairy producer Yili for $588 million in a move that will strengthen the acquisitive Chinese company's position in New Zealand.

Just under 94% of the votes cast were in favour.

The deal, being consummated through a scheme of arrangement, still has various regulatory hurdles ahead. Under the terms of the deal Westland's farmer suppliers will be guaranteed to get a farmgate milk price that at least matches that paid to Fonterra farmers for the next 10 years.

Government coalition partner New Zealand First was quick to express disappointment at the deal, with the party's spokesperson for Primary Industries Mark Patterson calling it a "sad day" for the country. He reiterated that NZ First supported a 'national interest' test as part of the Overseas Investment Office's processes, which is being considered by the Government.

"When the board initiated the strategic review process, we did so with the full understanding that all Westland farming families needed to have a competitive milk payout.  We know this has been, and is, a driving need for all shareholders.

Yili chief executive Jianqiu Zhang, said his company was "deeply honoured that Westland shareholders have shown such strong faith in Yili to become the custodians of one of New Zealand’s most trusted brands".

"We understand how important the dairy industry is, not only to this region, but to New Zealand, and we take seriously the trust Westland’s farmers have placed in us.

“We see the future very much as a partnership arrangement with Westland farmers and want to use our expertise, resources and access to growing international markets to build a brighter future for the company, its farmers and the community.’’

Morrison said the offer of $3.41 per share was "significantly higher" than the independent adviser’s valuation range ($0.88 to $1.38 per share).

"The board recognises that the vote today is an important milestone in Westland’s history.  While Westland will cease to be a co-operative, the board believes the proposed transaction represents the best available outcome for shareholders."

Yili's Zhang said said it was important for Yili to offer its farmers milk price and advance payment terms that would ensure the future viability and sustainability of its business partners.

“At our Oceania processing plant at Glenavy, we have increased the average price and advance percentages to local dairy farmers because we believe that supporting our farmers and their families is the best way to achieve our business goals.

“If our offer is passed, we will be working in a similar way with Westland to build a strong and secure future for Westland Milk.”

"Another asset of strategic importance to our economy flogged off to the highest bidder."

He said it was hard to see how the "increasing loss of control of our important industry" is in the long-term best interests of New Zealand.

“This is why New Zealand First supports a ‘national interest’ test as part of the Overseas Investment Office’s processes, which is being considered by the Government. We need to balance the short-term gains of the sale of assets overseas against the long-term benefits for the country."

Westland is being bought by Yili subsidiary Jingang Trade Holding Co. Yili is the largest dairy producer in China and Asia and its vision is to "become the most trusted healthy food provider in the world".  Yili products are sold under more than 1,000 brands and Yili owns more than 130 branches or subsidiaries.

'A good fit for Westland'

Westland's Morrison said the board believed that Yili was "a good fit" for Westland.

"It provides a very strong route to market as one of the world’s leading dairy producers."

The deal remains conditional on obtaining regulatory consent from the Overseas Investment Office and receiving approval from the High Court ( with the final court hearing scheduled for 18 July).

The proposed deal was first announced in March, and had always appeared to be very attractive for Westland's farmer shareholders given that Westland has struggled to maintain similar levels of farmgate milk price to Fonterra in recent seasons.

The deal follows Westland putting the business up for strategic review last year, with chairman Pete Morrison saying then that shareholders had clearly indicated support for a plan that would create higher returns and shareholder value, "which would likely require significant new capital".

The deal remains conditional on obtaining regulatory consent from the Overseas Investment Office and receiving approval from the High Court ( with the final court hearing scheduled for 18 July).

Anyone know if they have turned down many recent takeovers of food production assets by state sponsored foreign companies ?

It's basically a rubber stamping exercise I think.

Congratulations for both sides.

spare us the spin
we get some ever more worthless pixel currency
they get control over food processing/supply with Food security soon to become a huge issue ....

Well... waiting for Winnie to come out and do a little dance on this LOL

You mean Winnie the Pooh? He only likes honey. Not sure he is much of a dancer either.

Yili had considered accepting the asking price of $587 million, however presented a counter-offer of $588 Million as there weren't enough 8's.

And, perhaps not coincidentally, the valuation range per share was $.88 to $1.38
Superstitious nonsense

why could the farmers have not keep some skin in the game, they only needed to sell control 50-60%
in ten years when they suddenly lower the milk price will they start whining

Most of them are probably hoping to have sold out by then and I wonder where the buyers will come from. Hmm. No, I don't wonder at all.

Exactly ham - China will be buying the farms next, then they’ll bring in their own workers (cheaper labour) to work those farms etc. They win we loose.

Enjoy the 10 years coasters. Then we'll start phase ii, which is make life difficult and buy your farms.

Nothing surer. I wonder how long it will be before we here in NZ will not have NZ produce to buy.

NZ may need to support Fonterra product to ensure that it does have NZ produced dairy to buy. ;-)

I doubt it’s our food supply, NZ produces about 10 litres per person per day of milk currently, more than we can use on our cornflakes.
More likely it’s a system for exporting our water and soil nutrients, we get to keep the pollution.

if you look at the big picture, China will account for more than 50% of global manufacturing outputs in the next 20 years.

I wonder what is Chinese for "Suckers"

In this case 败家子 - - the son who breaks the family by squandering all its wealth.

... if it's no longer a co-operative , does that mean Yilli can refuse milk from any farmer who hacks them off ?

I am not really phased one way or another on this. If in 10 years the farmers don't like the price they get for their milk they can always go somewhere else - it's not like they are bound to Yili forever.
Also I am not sure what a "national interest" test would do in this case. It just seems like a broad power for NZ First to veto any deal they don't like for whatever reason - surely it is an opening for abuse and corruption. I can't see how a little co-operative fits into our national interest?
However, it tells the same sad story about our lake of capital markets in NZ. We need to improve that otherwise we will continually see companies and co-operatives sold off to foreigners. I would love to see some work on that - not just another review.

..I'd hazard a guess and say there will be no where else economic to send milk to from the Coast.

I thought about that and possibly it could be railed, Winnie would love it.

How many times can I write "stupid" before the ed will climb into me?

Westland Executive: "Oh didn't we say we are paying ourselves $1.6m if the deal goes through? Thought we did..."

Nothing better at motivating the board to recommend the deal. Line your pockets boys and girls.

Will the govt/OIO allow Yili to keep Rolleston? That will be interesting to see, as Rolleston gives them a springboard to really take on Fonterra.

Any body know if NZ First gave direction to Landcorp to vote against Or are they taking the money ?

I hope this is not a short term gain for along term pain moment for Westland Shareholders,I can imagine a lot where probably pressured by their banks & Management to take this deal, Both with agendas.As a Fonterra Shareholder it annoys me that Fonterra always sets the milk price & all the Corporate Milk Companies moan & groan that it is unrealistic,but it is what they have to pay to keep supply because all they are interested in is returns to their shareholders,this the main difference between Co-operatives & Corporates

Interestingly in 2014/15 Yili paid their Oceania suppliers 50 cents per kgMS more than the rate contracted, as a gesture of goodwill. Personally, it was a life saver.

May as well sell Frontera too while the going is good. She'll be right, pocket the dough, because without foreign investment from China we'd all be riding bicycles on dirt roads apparently. Thank you China for making our country great again.

A well thought out piece about the future of Fonterror from Peter Fraser: https://www.top.org.nz/westland_milk_is_gone_will_fonterra_be_next

Does Fraser work for one of the smaller companies. Lowering the milk price as he wants would be an absolute windfall for them. Currently they're profitable paying 10cents over Fonterra PLUS other incentives.
I agree Fonterra should have retained earnings in the past and should now, but that actually needs to come out of PROFIT not stolen off the milk price as he's advocating. Fonterra has spent Billions, literally, on new plant. If they got that wrong well so be it, that's a shareholder problem, not a producers problem, they are not nessacarly one in the same.

Correct redcows. Herald has a disclaimer in one of their articles from him : "Disclaimer: Fraser is providing economic advice to an independent processor associated with the current review of DIRA, the legislation covering the dairy industry." You could say he's the Mike Joy of economics, when it comes to Fonterra.
https://www.nzherald.co.nz/business/news/article.cfm?c_id=3&objectid=122...

Haha I did not see that thanks CO. It's actually a scary just how small the community he works in is. There is quite fluid movement between the dairy companies and ministries with likes of ex Fonterra and ComCom and MPI employees setting beside each other in one place. All getting to put forward their ideas on how farmer owners and sharemilkers and workers should have their own industry run.

Oh, good tip redcows. Thanks for the info, so he isn't unbiased, good to know.

BIG DEBT=receivership/liquidation only move possible, the farmers in the West Coast have brains