Fonterra says the current chief executive of Mercury Energy Fraser Whineray will be joining it in the new title of chief operating officer from early next year.

The announcement can be seen as a major surprise and something of a coup for the struggling dairy co-operative.

Whineray, brother of the head of the NZ Super Fund Matt Whineray, is highly regarded and recently took the role of Chair of the Prime Minister’s Business Advisory Council.

Mercury Energy had its annual meeting just a week last Friday in Auckland and there was no suggestion it would be Whineray's last meeting - although much was made at that meeting of Mercury chair Joan Withers standing down.

The timing of the announcement, early on Tuesday might also raise some eyebrows, given that the share price of Fonterra rocketed on Monday (up 22c to $4) - although it has been rising since the company announced its new strategy recently at the same time as announcing a $605 million loss for the year to July. The Fonterra Co-operative Group shares rose another 14c to $4.14 on Tuesday. Mercury shares dropped 6c to $5.34.

Whineray has been with Mercury, which is half-owned by the Crown, since 2008. His basic salary before incentives was a little over $1.1 million in the last financial year. Fonterra chief executive Miles Hurrell was on a basic salary of around $1.4 million in the past year. 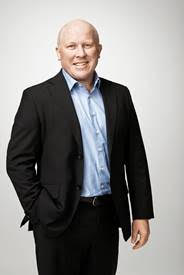 "Fraser has demonstrated he can transform organisations to achieve growth in complex environments through a focus on innovation, customers and his team.  He is motivated to contribute to New Zealand’s export success and to drive sustainability, innovation and efficiency in business – three strengths that we believe can create real value."

Whineray started his career as a graduate of the New Zealand Dairy Board’s technical training programme and spending time at some of our manufacturing sites and in our export markets.

He said he is looking forward to returning to the dairy sector and "working alongside the many dedicated people at Fonterra".

"I am pleased to be able to continue in a role which contributes to New Zealand, and has strong, genuine relationships with many regional communities, Maori land trusts and local iwi across the country."

Mercury's new Chair Prue Flacks said the new role was a "great opportunity" for Whineray who had led Mercury to a strong position as a highly visible and successful electricity generator and retailer.

“Fraser has achieved a tremendous amount through his tenure, including setting the company on the next wave of its renewable energy growth path for the benefit of our customers, our communities, our owners and the country.”

Whineray will continue with Mercury until his move to his new role at Fonterra around the end of the first quarter of 2020. Flacks said the process to appoint a successor will begin immediately with an internal and external search.

“We expect strong interest in the role given Mercury’s profile and momentum, the dynamic nature of the industry and the important role renewable energy has in people’s lives and in our country’s future.”

Something good happening for Fonterra, at last.
Hope Mercury will continue to soar.

"Whineray started his career as a graduate of the New Zealand Dairy Board’s technical training programme". So, that's what Fonterra is going back to!

Call me reckless, but this appointment gives off a really good vibe.

A couple of 'Fonterra' shareholders were having a chat to their broker and said "I reckon these shares are going up from here at $3.28; buy us a few" so he did. A few days they looked at the paper and the share price had risen, so they gave the broker a ring and said"See! I told you it would go up. Buy us somemore". So he did. Then when the shares hit $4.28, and proud of their foresight the shareholders rang their broker and told him "See! I told you they'd go up. So sell them off now", to which the broker asked, "Who to?"

I am aware that some suppliers have been using the low share price to buy shares/units as they have confidence in the company going forward. The forecast dividend of 15c-25c will be better than, or equal to, having the funds sitting in a bank. Regardless of whose buying, rising share value will put more equity back in to farmers balance sheets.

Suppliers will be buying to fulfil statutory obligations. As Keith Woodford inferred, it will be interesting to see what happens to the share price once supply shareholding has matured. Going on the rhetoric from Miles on announcing Frasers appointment, I'd expect it to soar.

Yes some are buying for statutory obligations. We don't need it to soar omnologo ;-) - banks will then start to force more suppliers to sell shares to reduce debt and move supply. I am not a fan of a high share price, but rather a realistic price that allows young farmers to be able to afford to join Fonterra while keeping it stable and realistic for existing shareholders. But time will tell.

I agree CO, the nature of a fluctuating share price is destabilising for a cooperative and anathema to culture and principles. Sticking to a nominal non tradable share would have been the way to go. I do wonder at the wisdom of the government and industry leaders setting us up to fail as such.