Strong demand for New Zealand product sees Rabobank lift its 2019/20 milk price forecast by +$0.45/kgMS and that rise puts it near the top of most analyst's current estimates

Strong demand for New Zealand product sees Rabobank lift its 2019/20 milk price forecast by +$0.45/kgMS and that rise puts it near the top of most analyst's current estimates
17th Dec 19, 11:25am
by Guest 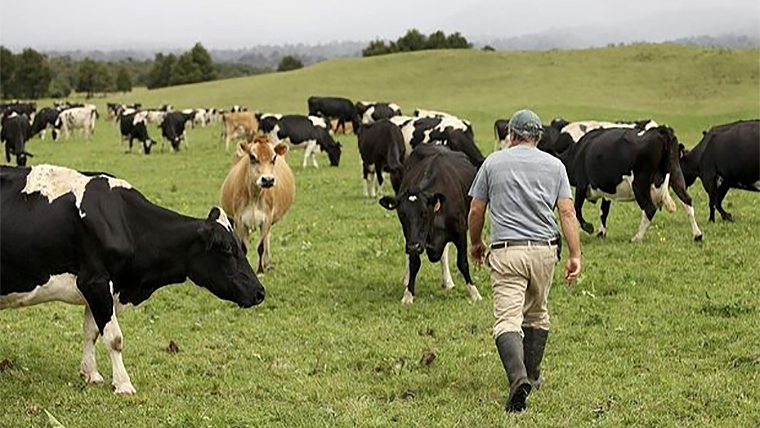 Farmgate milk cheques are improving in most of the world’s major dairy-producing regions – and a higher New Zealand milk price is now forecast for the 2019/20 dairy season, according to Rabobank’s latest Dairy Quarterly report.

“Robust global prices are also being supported by tepid milk growth, with this forecast to continue into next year. Across the Big 7 - the EU, the US, New Zealand, Australia, Uruguay, Argentina & Brazil – milk supply growth is expected to remain at, or below, one per cent in 2020.”

Ms Higgins said despite strong global milk price signals, a low global supply growth rate was anticipated due to a combination of demand and supply factors holding back production increases.

“Dairy producers around the world have spent the last several years waiting for a return to price levels similar to those seen in 2014, however, now that we are approaching that territory, there is anxiety over the ability of consumers to withstand price increases, with much of the world either recovering from, in the midst of, or on the verge of some degree of recession,” she said.

Ms Higgins said adverse weather had played a role in New Zealand’s lower milk production in the season-to-date, but that this reduced supply had helped contribute to strong pricing for New Zealand product.

“In light of the strong demand – particularly out of China – that has seen Oceaniacommodity prices increase since our last quarterly report Fonterra has twice revised up its forecast range for the 2019/20 season. And this has fed into the bank’s upward revision to its own full-year forecast from NZD 7.15/kgMS to NZD 7.60/kgMS for the 2019/20 dairy season,” she said.

The report says New Zealand export volumes for the three months to October were higher by 10 per cent on the same period last year, driven by exceptionally strong Chinese imports.

“Demand has remained strong for New Zealand product and this will be reflected in export volumes tracking higher year-on-year for the month of November,” Ms Higgins said.

“However, volumes in December last year set a new record and will be difficult to top this year due to consistently strong export volumes to China across the calendar year and weaker New Zealand milk production over the spring.”

As foreshadowed in the previous quarter, the latest report says fickle weather has had a tangible mark on local spring milk production with season-to-date collections trailing 0.7 per cent behind last year.

Ms Higgins said while Waikato weather had been cold in some parts of the region, grass growth was generally good and shaping up to provide ample reserves over the summer.

“However, some water tables remain lower than usual, and the risk is that, should summer conditions start to heat up, grass growth may be impacted,” she said.

“In the South Island weather has been inconsistent, with the decline in national collections to date largely due to the lower South Island having a wet and cold spring.”

The report says Rabobank now forecasts New Zealand’s full-year season milk production through to quarter two 2020 to range between +0.5 per cent and -0.5 per cent.

“New Zealand’s dairy industry is now in a new milk production era, where incremental growth each season will be the norm as opposed to the large gains we’ve seen in previous seasons,” Ms Higgins said.

“With dairy conversions no longer featuring across the country, and future challenges to existing stock numbers via environmental legislation, the weather will play an even more important role in determining the degree of production needle movement.”

The report says key watch factors for the global dairy industry in the first half of 2020 include the reversal of dairy commodity values, the Chinese market and currency movements.

Ms Higgins said over the past few years milk fat, mostly in the form of butter, has been the bright spot in dairy markets, but this had changed.

“As market demand remains stagnant for butterfat, processors will need to re-evaluate the product mix in order to capitalise on this reversal from recent years. And this could lead to greater price volatility than experienced previously.”

Ms Higgins said the fortunes of the Chinese market and currency wars also had the potential to significantly influence global dairy markets in the year ahead.

“Currency values could also play a big role in 2020. Volatility in the US dollar is one of the only certain outcomes of the 2020 US election cycle and how other currencies perform against a stronger US dollar will be important for both global dairy demand and future commodity prices.

Other watch factors cited in the report include price-sensitive consumers and trade disruption.

Payout histories for all dairy companies, and current payout forecasts from a range of other analysts can be found here.