Allan Barber sees a clear divide between meat processors who have and haven't taken the COVID-19 wage subsidy, one that comes down to philosophy as much as economics

Allan Barber sees a clear divide between meat processors who have and haven't taken the COVID-19 wage subsidy, one that comes down to philosophy as much as economics 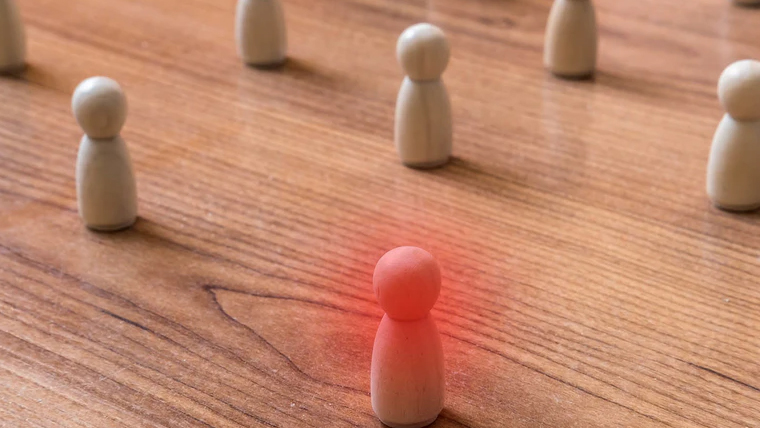 The country’s meat processors have followed two distinctly different paths in response to the government’s wage subsidy scheme which is available to all businesses for 12 weeks, providing they can substantiate a 30% drop in revenue during the period. Silver Fern Farms, Alliance, ANZCO, Taylor Preston and Blue Sky Meats have all claimed the subsidy to varying extents, whereas AFFCO, Greenlea and Wilson Hellaby have decided it is not justified or necessary, at least partly on ethical grounds.

The contrast in approach has already been commented on by independent economist, Cameron Bagrie, who has slammed the two largest claimants, SFF which has claimed $43 million and Alliance $34 million, for taking advantage of taxpayer funding when they are classified as an essential business, operating in lockdown. Equally Bagrie complimented those companies not making a claim because they were getting on with business as usual. Speaking to The Country’s Jamie Mackay, he said “the wage subsidy is out there to support businesses that are getting clobbered, that are effectively in lockdown.”

I am not convinced this interpretation is either totally fair or even correct. Both SFF’s Simon Limmer and Alliance’s CEO David Surveyor are clear the wage subsidy is not a company entitlement, but is paid directly to various categories of employees: firstly it maintains standard wage rates at normal processing speeds despite the 30-50% reduction to meet distance requirements, it retains those who would have to have been terminated seasonally, and it is used to pay those who cannot work e.g. because of age,  compromised immunity or family circumstances.

Limmer says the application to receive the wage subsidy was based on the company’s initial calculation of lost revenue which was more than 30%, citing the temporary closure of two plants where there were positive Covid-19 tests and the potential for further instances elsewhere, as well as the immediate impact of slower processing speeds. However he now sees a more positive outlook, especially under Level 3 conditions, and with faster speeds already as plants get used to the new way of working. His firm view is the best outcome would be to pay back at least some of the subsidy, but first the company must be clear about the actual cost incurred.

Surveyor has a similar attitude, but makes the point Alliance is in a different situation from most other processors because of its heavy capacity and geographical skew towards ovine. The company’s objective remains to process the remaining livestock as quickly as possible to help farmers get it off the farm before they run out of feed. Alliance is comfortable with claiming the wage subsidy, having taken expert legal and financial advice first, and has always intended to return any unused money to the Crown. The subsidy has enabled 1000 workers to be retained on full payment when seasonal termination would have seen them on the dole.

AFFCO, Greenlea and Wilson Hellaby have taken an opposite stance on the subsidy, presumably because their different throughputs and plant configuration enable them to avoid meeting the 30% reduction threshold. But there is also an ethical perspective on whether an essential business which has the privilege of operating at a time of severe constraint for many businesses is justified in making a claim. Greenlea CEO Tony Egan is very firmly against claiming what he sees as an unjustifiable payment, particularly when the company’s financial performance does not support the need to do so.

AFFCO has also communicated the company’s position to its staff which prevents it claiming the subsidy for seasonal layoffs, putting in place a financial support package which guarantees a minimum weekly payment for an initial four week period. A note to livestock agents refers to the privilege of operating as an essential business which means the company should not be entitled to claim the subsidy, a stance reinforced by its financial performance. Fred Hellaby, CEO of Wilson Hellaby, has also made similar comments about the strength of his company’s operating environment.

In my experience of the meat industry, this is the first time it has split down an ethical divide, as opposed to one of livestock procurement, processing efficiencies and marketing philosophies.

In contrast to this moral issue, the companies are broadly aligned on the state of the marketplace. After falling out of bed over Christmas, New Year and the emerging Covid-19 shutdown, China has emerged as the bright light, although it has not yet made a full recovery and there is still a risk of a sharp reversal. Retail and online sales are solid and Surveyor is confident demand for New Zealand’s trusted protein will continue. Sales in the wider Asia region also remain fairly buoyant.

Retail and online demand in the UK remains surprisingly strong, but there are signs of the supply chain clogging up which will affect distribution adversely, while the restaurant and food service trade has dried up completely. Europe is still buying, although high value lamb cuts are under pressure. The United States market is the worst of all – Tyson Foods CEO John Tyson says the food supply chain is breaking because of processing plant closures and farm produce threatened with wholesale disposal. Demand for high value cuts has come to a halt.

Amid a period of great uncertainty, New Zealand’s meat industry continues to provide reasonable returns to farmers and shareholders because of its strength across a wide number of markets; at the same time, whether thanks to government subsidies or not, most workers are still employed and remunerated.

Guy - are farmers applying for the wage subsidy? I expect they might argue that revenue is down due to the virus? Most are at least partnerships, so there’s an easy $14k!

Some are. I dont see an issue if a farm buisiness uses the subsidy. We did on the grounds that our projected income will be back 30%. We employ one part time staff member and this has enabled us to retain that employee. Our thinking (before the wage subsidy became available) was that his hours of work would be reduced. We talked with him about this, and the possibility of no work here at all if things became worse. Then when the subsidy became available this changed, and we agreed we would use it to continue his employment as per normal. We see it as a win-win. It retains employment and keeps the ball rolling with our buisiness. If we find we are not affected by more than 30% over the coming months we will refund this back. The subsidy is there for use as a tool to help the economy. Get into it and make good use of it.

The shoulders of the season have gradually broadened but May hardly has a peak season throughput to speak about. One assumes any claims are based on averaging out only the activity reasonably to be expected with an adjustment in there somewhere for the slower rate of processing.

It is similar in the dairy processors too. Mataura Valley Milk decided not to take DIRA milk from Fonterra, so that appears to have enabled them to claim the wage subsidy. Yashili, Miraka in addition to smaller players Lewis Road Creamery, and Green Valley Dairies also claimed. Open Country Dairy, Fonterra, Danone, Tatua, Yili didn't.