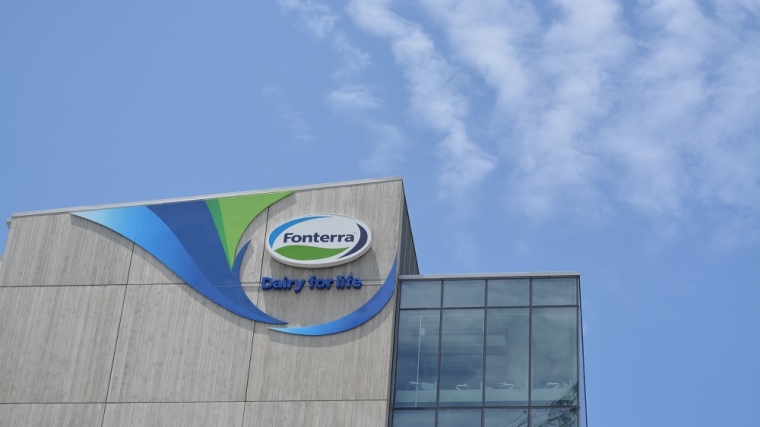 Fonterra's continuing to tidy up its affairs after over-extending a few years ago, and has now agreed to sell its China farms for a total of $555 million (RMB 2.5 billion).

Completion of the sale is expected within the current July financial year.

The co-operative launched a back to basics approach after a disastrous expansion strategy under previous chief executive Theo Spierings, which saw it reporting a $605 million loss.

It has continued to sell down assets now no longer seen as forming part of its core business and more recently returned to profit and to paying a small dividend.

Separately, Fonterra had agreed to sell its 85% interest in its Hangu farm to Beijing Sanyuan Venture Capital Co., Ltd. (Sanyuan), for $42 million (RMB 190 million). Sanyuan has a 15% minority shareholding in the farm and exercised their right of first refusal to purchase Fonterra’s interest.

"We don’t shy away from the fact that establishing farms from scratch in China has been challenging," Hurrell said.

"But our team has successfully developed productive model farms, supplying high quality fresh milk to the local consumer market. It’s now time to pass the baton to Youran and Sanyuan to continue the development of these farms."

The farms had been up for sale for some time and Fonterra has had to write down the value of them.

"The sale of the farms will allow the co-op to prioritise the areas of its business where it has competitive advantages," Hurrell said.

“For the last 18 months, we have been reviewing every part of the business to ensure our assets and investments meet the needs of the Co-op today. Selling the farms is in line with our decision to focus on our New Zealand farmers’ milk."

Hurrell said China remained one of Fonterra’s most important strategic markets, receiving around a quarter of its production and selling the farms would allow the co-op us to focus "even more" on strengthening its foodservice, consumer brands and ingredients businesses in China.

"As previously announced, through the sale process and strategic review of our China Farms we gained additional information and further insights and, as a result, revised down the valuation of these assets.

"The transaction value is subject to customary purchase price adjustments, and exchange rate movements. Any gains or losses on the sale would be normalised upon completion of the sale."

Hurrell said Fonterra expects to use the cash proceeds from the two transactions to pay down debt, as part of its previously announced overall debt reduction programme.

and why he and the boardwas never held accountable?

that is the key question.

Fully agreed, their business moves clearly still not in sync with local situation.

They never are are they? This happens in companies all the time. They even get paid huge bonuses when they have stuffed up - wrecked the companies they are running.

Unfortunately the trainwreck only appears after the driver/guard has bailed - too late then. It's the Directors and Board that need more scrutiny and accountability. Look at the current saga with MetLife - NZSF basically drove the sale due to their large shareholding. Should be "one shareholder - one vote" system to stop large shareholders swaying the vote.

First one held accountable should be one H Van der Heyden who specifically bought in TheO to get his vision made into a reality.

Both have now swanned off into the sunset leaving behind a trainwreck.

Fonterra's China Farms strategy was first operationalised in 2007 with the decision to ship cows to China. Spierings had responsibility only for the later stages of the China Farms strategy, being appointed in 2011. However, some of the key errors did indeed occur during his tenure. In particular, Fonterra badly under-estimated the challeneges of scaling up from Yutian1 despite receiving relevant internal advice from their key on-the-ground expert, who as a consequence, then left Fonterra for another China-based company. In contrast, Spierings was CEO throughout the Beingmate fiasco and does have to (should have to) take responsibilty for very poor due diligence. The Board (of that time, with most having now moved on) also has to take some responsibility for Beingmate because not one of them had 'on the ground' knowledge of the situation in China - all were operating on received knowedge, without underlying personal insights or understanding of the market that would have told them they were purchasing not only a lemon but a close-to-dead dog.
KeithW

It has been always easier to blame others, I guess.

But thanks for the clarification. And that just highlights the importance of making learning Chinese as a second language compulsory.

Nah, lets just not invest/spend there.

Haha xing, whilst learning the language may be useful, the only way to understand a Chinaman is to be a Chinaman. The western world really has no idea how to relate so listening to advice from someone who does is probably paramount in dealings with China in particular and greater Asia in general.
IMO 150 yrs ago China may have been viewed as "backward" by the standards of the day as measured by some colonialist powers - how wrong they were. It's the same in NZ - learning Maori may help you understand the culture, but definitely not the thought processes... BIG difference

Interesting comment. logically this would mean we shouldn't have a free tradexagreement with China. They would only ever buy ours and we wouldnt buy theirs... Sounds like a takeover strategy to me. Perhaps that is where we are.

Interesting comment. logically this would mean we shouldn't have a free tradexagreement with China. They would only ever buy ours and we wouldnt buy theirs... Sounds like a takeover strategy to me. Perhaps that is where we are.

I believe at times there's a large disconnect between boards and CEOs in many large organizations. Since boards appoint CEOs hey feel bound to go with many recommendations made by the CEO. It does surprise me that "despite receiving relevant internal advice from their key on-the-ground expert," the advice was not filtered by the CEO . In Fonterra's case the board seems to have been supplied with the relevant advice without the advice having been massaged or filtered by the CEO

i wonder what the detail here is, do they have to take all the milk for X for Y years?
the losses might still be ongoing for a while yet
if its a straight sale no strings, well done, about time

Almost certainly it is a straight sale. The purchaser will be wanting to process and market the milk itself.
Keith W

What did it cost them to set these up? How much have they lost?

It would need some analysis and in-depth digging through about 12 years of accounts and balance sheets. But capital spend plus EBIT losses minus sale price would probably give a loss of something over $500 million. It would be more if interest on capital invested were charged.
KeithW

Bad governance by the Board being exposed regularly.

In Fonterra's case the members of the Shareholder Council at the time (oh that's right it was a stepping stone for some to the Board table) should be dragged back into the spotlight. Ultimately only ones to blame are the shareholders - it's a Co op after all. They should be far more engaged through either the SHC or Feds