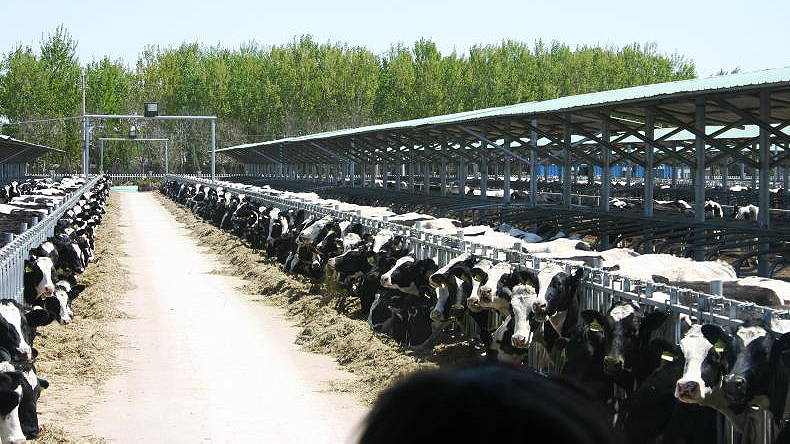 The world of dairy farming in New Zealand is starting to become a little more certain in the last week or so, with some better news coming through - starting with the confirmation of a buyer for Fonterra's China farms.

With a selling price $544 mln it potentially reduces the cooperative's debt from NZ$4.7 bln to nearer the NZ$4 bln mark.

Back in 2018 Keith Woodford wrote a detailed analysis of Fonterra’s roles with China Farms and at that time the farms value on the books was NZ$748 bln of which the livestock made up NZ$280 million. Reportedly over NZ$1 bln has been invested in the setting up of the operation which milked 31,000 cows. So while the sale will bring some relief to the board in not having to keep being reminded of the poor decisions that led to setting up the farms in the first place, the sale is hardly the ‘sale of the century’, at least not to the seller.

It is perhaps interesting that the buyers are Inner Mongolia Natural Dairy, a subsidiary of China Youran Dairy Group, and Beijing Sanyuan Venture Capital, which held the minority share. Neither of the two-milk producing giants Mengnui and Yili, who also both have farms in Inner Mongolia, have featured in the purchase.

The Brazilian based company DPA Brazil, co-owned with Nestlé is the final major asset left to go. Fonterra has a 51% share of that company.

The second piece of good news was the latest GDT result. This auction came and went and barely rated a mention, however, the news was good with another rise in the weighted average price of +2.2% and follows the previous rise of +3.6% two weeks ago. The main product results are below with SMP having a fall (-0.9%) and butter being the largest improver with a +8.4% rise.

With milk production in both New Zealand and Australia getting close to peak production for the season, if the GDT price was ever going to dip then now would be a likely time. So positive signals for the future.

The final price for Fonterra organic milk was announced last week with farmers to receive $10.19 per kgMS, a record price. The forecast for the current season is between $8.50 - $9.00. At present it is reported that there are 74 farmer suppliers with another 25 in the pipeline - yet another case of Fonterra having done a u-turn on a previous poor decision. Economic drivers are definitely moving many Fonterra farmers down a greener pathway, only 10,400 to go (or thereabouts).

The final positive piece of news is the fact that both major political parties are recognising the role that agriculture and in particular dairying has to play in maintaining New Zealand’s balance of payments and keeping the lights on in New Zealand. While this is not a free pass to do whatever, it at least has seemingly taken the foot off the throat of dairying. What happens after the elections is another point which only time will show.

The biggest negative on the horizon is likely to be the climate. With the amount of disruptions seen in other parts of the world the likelihood of extreme conditions affecting New Zealand would appear to be higher than any time in the past. This may make a change to current thinking where climate or environmental policy has been where much of the headaches occurred, rather than actual climate itself - although, farmers in affected drought areas of last year may disagree. Most farmers should be in agreement now, recognising the threat as a major disrupter to the farming calendar.

In the meantime, elections for the Fonterra board are approaching with a few new names being thrown in the hat. Six candidates have come forward for the two positions available. They are:

Nicola Shadbolt, a past director who is keen to get involved with the future direction of the coop.

former Minister Nathan Guy, who is retiring from parliament this year.

and Brent Goldsack a sitting director aiming to regain his seat.

The other vacancy is due to chairman John Monaghan retiring at this year’s annual meeting to be held on November 5.

The candidates start a roadshow to meet and answer questions from Fonterra shareholders on October 19 and voting packs will be sent out to farmers next week. Voting closes 10.30am on November 3, and results will be announced later in the day.

Here is some great detail.

Here is the climate model for Canterbury
https://www.ecan.govt.nz/document/download?uri=3827906

Remember this Canterbury model is a consolidation of 6 models (there are approx. 40 recognised models - they change, as a model fails it is replaced with a new or alternative model).
6 are used because the powers at be would not fund the purchase access to all 40.

NZ folk selected what 6 to buy, because the 6 best match what locals see.
The consolidated model is then pressed down to local region and districts...

Published in 2020, NIWA's report (below) looks at how aspects of our climate such as temperature, precipitation (rain, snow, drought potential), wind and sea levels might change between now and 2100. It is based on global climate model simulations from the Intergovernmental Panel on Climate Change (IPCC) Fifth Assessment, scaled down for New Zealand, with a focus on Canterbury.

This is a technical report (not for the faint-hearted!) but it is the most detailed information we have. Each chapter has a helpful summary, and key projections are set out below.

Here is a tip:
You read the whole report, don't rely on the ecan summary.

Fonterra's management and Board's performance over the last 10yrs should be a serious red light to any new shareholders/suppliers. The FSF units have fallen by nearly 30%, the company itself is a complete basket case. Meanwhile various "start ups" have dragged milk supply away slowly but surely. If I was a supplier I would be advocating for the removal of the Shareholders Council - they're pretty pisspoor at furthering the owner's interests

Well said, Fonterra shareholder's council walk around with briefcases with nothing but kneeling pads in them

Fonterra is a cooperative and as such their mandate is to pay the best price to their suppliers. Abandoning that mandate and chasing share price and dividends is what created this whole debacle. In normal times 97% of farmers revenues comes from the farming operations and the dividend is barely enough to cover the interest.
It was with good foresight that FSF were sold without voting rights, else suppliers would be subject to even more unfavorable conditions than they have suffered so far. Even without the clamoring of single minded investors, having a CEO who thought only of his own remuneration and hitting targets that he himself had set, without a second thought for milk price or stability, has done enormous damage to the cooperative.

According to KW the book value of China Farms was $748 million, not $748 billion.

As I understand it, Judith Collins has said that she does accept the reality of global warming, but wouldn't do anything about it, while ACT is even more lukewarm. large numbers in both parties just refuse to accept it at all.

They should be given another 3 years to reconsider.