The latest dairy auction result is all about Chinese demand, twisted by lower northern hemisphere production forecasts, and complicated by shipping delays. The net result is sharply higher prices

The latest dairy auction result is all about Chinese demand, twisted by lower northern hemisphere production forecasts, and complicated by shipping delays. The net result is sharply higher prices 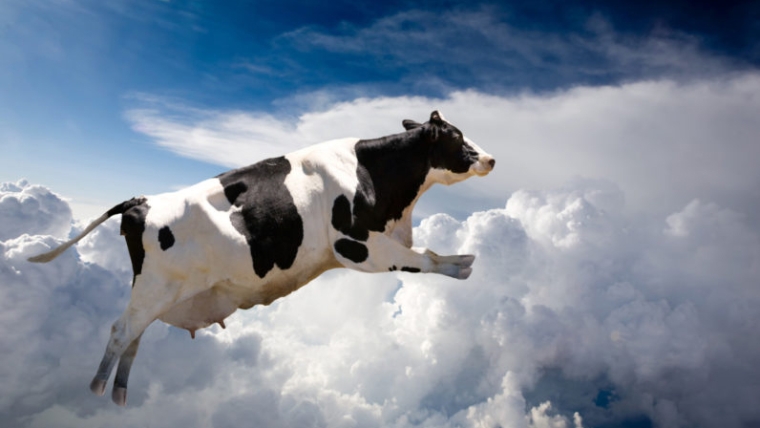 What goes up almost inevitably comes back down, however in the case of dairy prices this is certainly not the case, yet.

This morning's latest Global Dairy Trade auction has broken recent records with the size of the increase - a +15% overall weighted increase and WMP a whopping +21%.

WMP had SMP snapping at its heels prior to this sale but now there is clear daylight between them.

China, again, has been the main driver of the increase and ASB are mulling over the proposition that they may have a short term hole in their inventory that needs filling. If this is the case, then the possibility of a correction at the next sale is high. Pressure will be on Fonterra to lift their indicator forecasts; however, it could be prudent to wait for a couple of auctions.

The increases are below:

Change in the GDT Index

One of the inevitable downstream effects is that when the base milk-solids price goes up then it becomes more difficult for the added value operations of Fonterra to show similar profits, with the higher cost of purchasing the raw product. So, if the price increase to WMP does stick then expect to see the eranings from Fonterra's “ingredients” division struggle.

The butter and cheese results may be a reflection of COVID-19 lock-downs. Butter is up more due to the increase in home cooking and cheese down due to less restaurants open or at least selling less. Fonterra’s share price has also shown some increased upward movement getting up to $5.03 earlier in the week, back to $4.99 now. This is the highest it has been since August 2018 when it was on its downward march from the recent peak of $6.68 in January 2018. Still along way short of the heady heights of $7.90 in May 2013.

A recent comment from the ASB dairy analyst is worth dropping in, along with the China influence; “Throw in other factors like the Southern Hemisphere production season moving towards the quieter months, inclement weather in the Northern Hemisphere lowering production forecasts, port congestion + vessel delays across the globe, customs delays as a result of Covid-19 screening for product into China, along with China’s continuing interest in increasing safety stocks for food more generally … it makes the scramble for dairy product highlighted on the GDT overnight seem somewhat understandable – if not highlighting more volatility to come. Better buckle up “.

The latest meat schedules have been somewhat of a seesaw event. Most of the processors have trimmed lamb and beef schedules. However Alliance took a different view and increased by lamb (p+15 cents) and prime beef (+10 cents). Venison was also on the receiving end of a drop this week.

Sticking with wool, a shame to see the Golden Shears being cancelled for the first time. 2021 maybe another long drawn out year.

There are some major issues here with WMP prices. While this all sounds good, at the end of the day, the impacts on consumer demand in the Asia markets are crucial. For example, for every incremental increase in shelf price, there is quite possibly (or likely) less product consumed. It is a fact that the China and Asia markets are competitive with many many brands competing for the same share of wallet.

The same issued debt, you mean?

WMP in China (and China is the main destination for WMP) gets used mainly in reconstituted products including UHT, yoghurt and ice cream. Largely, it fill gaps in local supply, although WMP is particularly useful in ice cream. The volumes relative to local supply are probably insufficient to flow through to Chinese consumers in a big way. But elsewhere there could be price effects.

Will be a very interesting next couple of auctions with 94 customers not securing any product as per the breakfast briefing.