Guy Trafford raises an eyebrow over how conflicted farmers are on Fonterra's capital structure. He is watching for carbon price gaming. And he is also watching insects being added to animal food

Guy Trafford raises an eyebrow over how conflicted farmers are on Fonterra's capital structure. He is watching for carbon price gaming. And he is also watching insects being added to animal food 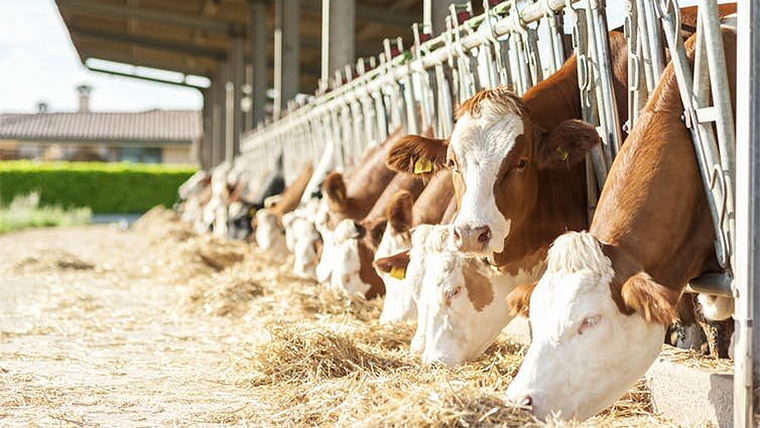 With the America’s Cup dominating the airways recently, you could have been forgiven for overlooking what else was going on. The latest Global Dairy Trade auction was one event that failed to grab headlines this week, a little surprising given the discussion the last one generated with the large step up from previous prices.

This week it appears a little readjustment has occurred with the average down -3.8% and WMP down 6.8%, quite a price correction but not totally unexpected.

An additional 20% of WMP was available this time around which also will have helped to suppress prices.

However, the WMP price is still on the right side of the ledger at US$4,083 compared to US$3,615 which was the recent high prior to the large leap two weeks ago. SMP which only had a modest increase at the previous auction had a minor lift again this week.

The main product changes were:

Judging by the spike in readership on Tuesday to our Rural pages, the Fonterra survey results on future financing option has resonated through the industry. The results probably leave the Fonterra board scratching their heads.

The minimal vote (4%) for being able to raise capital from non-farmers investors clearly sends a message that farmers want to retain control and have a general mistrust with those not having skin in the game. However, the 62% response to supporting a change in the Fonterra capital structure seems to mean that there is recognition Fonterra needs access to more capital - but with that came the only 6% agreement in having a higher share press. This probably shows farmers are irrational beasts and want a bob each way. No doubt some interesting conversations are still to be had.

At the least the sound financial results released Wednesday show that Fonterra is indeed getting its house in order, although they recognise that there is still plenty of uncertainty in the upcoming months perhaps years ahead.

Something else that was a bit of a milestone Wednesday was the first New Zealand emissions auction held by NZX. All bids were cast in secret, perhaps to protect those who need them to offset excessive emissions from public shame.

Via a secret auction, there is also the potential for speculators to buy credits to sell at a later date, presumably at a higher price.

And there is possibly the risk that individuals or pressure groups could buy credits to push up the price of carbon credits and increase the cost of doing business for companies and either force them to adopt new cleaner measures faster or go out of business. A similar turn of events took place through social media on the share market with the Gamestop short selling squeeze. In that case the ‘campaign’ appears to have run out of steam and certainly Wall Street is still functioning happily. However, it does highlight potential vulnerabilities in shares - or ETS credits in this case - when the power of social media can be brought to bear.

Perhaps the best protection for companies buying shares is that there are going to future carbon unit auction events held quarterly which should smooth the market somewhat.

Prices should increase however, as the Government, who controls the release of Units, will, over a period of time release fewer and fewer Units and the Units do have a finite life if companies keep releasing carbon.

Of course, companies could just buy up farmland and plant trees to offset their emissions - ironically not an option available to farmers.

Finally, it was good to hear that someone has finally come up with a useful purpose for all the insect food that was going to save the planet. I for one feel a lot more comfortable feeding it/them to animals than having it in my diet. But I also concede perhaps this is the first step to getting some sort of acceptance from consumers. In the meantime, happy to let the ‘chefs’ practice on animals.

Fonterra share holding.
I recall disquiet amongst Australian suppliers to Fonterra owned operations. From memory, they were questioning why kiwi farmers were being paid higher.
But that's what the non-cooperative business structure is all about. Secure inputs at the least cost to maintain business sustainability and extract maximum profit for a healthy return to shareholders (in the Oz case, NZ farmer shareholders of Fonterra).
I argue that Fonterra plays a critical role in benchmarking the $/kg ms price in NZ. Other, non cooperative processors, have to match that, or offer benefits that give equivalent value to farmer suppliers, to secure milk inflows. If they are markedly below, farmer suppliers will walk....back to Fonterra (although that's not as simple as it used to be).
So, kiwi Fonterra farmer shareholders, look to what has happened in other parts of the world where large cooperatives have lost farmer control.
And remember, the NZ dairy industry is predicated on supplying to international markets. Just like meat, fruit, timber, our domestic market is supplied from export surplus. Virtually all the other countries we compete with export their domestic market surplus. That's an almost unique for NZ primary industry

Regarding buying up farmland by corporates. I was actually tasked with looking into this in 2019 by my company. I recommended going ahead with it as you are hedged against future price rises of carbon and land only appreciates in this country so you make a paper profit for the accountants to play with. We were looking for some marginal land when the idea got shelved cause of 2020 but it will probably be revisited in a couple of years. For a business with large amounts of cash, it makes sense.

insects are much better than soy or corn

I missed something. Can someone explain when cattle or sheep became insectivores?

I expect this is in regard to supplementary feed. There needs to be a balance of carbohydrate and protein in the feed. Insects become a source of that protein - processed of course.

It would look like everyone already forgot already about the mad cows disease? Feeding insects to animals which do not have those in their diet is not a good idea.

So that is the odd insect on the side, the main is vegetation, not the other way around

And ingest a good bit of soil too

Do you know the cause of mad cow disease?
As far as I'm aware it first arose in Brittain but is passed to progeny and possibly genetically (bull semen etc) hence occuring in other countries
One explanation I heard hinges around the traditional use of the knackers yard - dead animals rendered down for by products, animal feed and fertiliser.
The theory goes that in the 70s oil stocks an energy/cost saving measure was to reduce the temperature in the boilers which meant insufficient cooking of the neural elements (brain, spinal cord etc) to denature the aspects that cause mad cow disease (or mad people in cannibalism if consuming the brain etc). The knackers yard were/are a kind of animal cannibalism - waste not want not and all that

Where do these insects come from? What do they eat? Where are they housed? What pathogens do they carry?

As a supplier I've been told by Fonterra, that after a history of bungled strategy, leadership has finally realised the value inherent in NZ milk. Why does the cooperative need more capital? Is it because of the inherent instability of the tradeable share, or leveraged supplier balance sheets?

Possibly the realisation that sooner rather than later they need to replace or upgrade the high value factories that were literally built 15 years before fonterra took over and proceeded to only build huge powder factories. The factories like Edgecumbe and Hautapu built by Baymilk and Waikato DC run at 100% for as many days as possible as opposed to the new driers running as little as eight months a year.

Retained earnings and prudent borrowing based on the new strategy?

Guy, I don't agree that farmers want capital change because it 'seems to mean that there is recognition Fonterra needs access to more capital.' Not when options for voting for a change were' Slightly support change' or 'Strongly support change' and they have been aggregated to come up with 62%. Also not wanting a high share price - it is a barrier to young farmers entering the industry and /or a risk to Fonterra being able to source raw milk.

It's too late for NZ, the only one biggest coop banking (even biggest than ANZ) cannot pull out the sinking carriage of the whole nation alone regarding this productive primary produce effort. The whole carriage wagon was tilted into sink due to OZ banks greed.. home loan. Sadly, the driver and co-driver; Govt & RBNZ were both inept crew, short term vision.. plenty talk, screams a lot, finger pointing. Basically won't reach anywhere.. but still, let's see if they can do a gutsy moves.. to off load those part of OZ banks greed, or.. choose the inevitable.