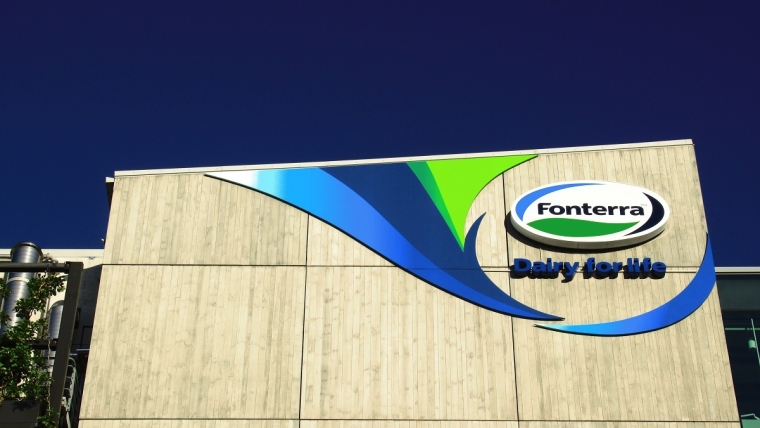 Giant dairy co-operative Fonterra has reported a 43% rise in 'normalised' after-tax profits for the six months to the end of January and will pay an interim dividend of 5c a share.

But while the first half of the year has been good, Fonterra's warning that the second six months of this year will be affected by rising costs of raw materials due to the increasing global dairy prices.

Fonterra's forecasting for the whole year earnings per share of between 25c and 35c and on a 'normalised' basis it actually made 25c per share - suggesting modest profitability in the second half, if at all.

These are the highlights as presented by Fonterra for the first half:

* 2020 included the gain from the divestments of DFE Pharma and foodspring®.
# These normalised numbers reflect the underlying performance of the business.

While the reported profit was down on the same time a year ago, the 2020 results included one-offs from the divestments of DFE Pharma and foodspring®.

And the divestments are continuing. Fonterra previously said it was putting its wholly owned farms in China up for sale - and now it is putting its joint venture China farms on the block as well.

Hurrell says as with Fonterra’s own China farms, the decision to sell the JV farms is in line with the Co-op’s strategy to focus on New Zealand milk.

Fonterra has also continued to reduce its shareholding in Beingmate, which on 31 January 2021 was sitting at 3.94 % and is now 2.82%. Another $50 million loss was recorded on this investment during the first half.

In talking about the second half of the financial year, Hurrell reaffirmed Fonterra's recently issued forecast Farmgate Milk Price range of $7.30 - $7.90 per kgMS and forecast normalised earnings guidance of 25-35 cents per share.

“Fortunately, we are in a position, where so far, New Zealand dairy is proving to be resilient in a Covid-19 world. It’s a staple in people’s diets around the world and demand is strong.

“Despite a strong first half, we are expecting our earnings performance to come under significant pressure in the second half.

“The strong milk price is great for farmers. It’s good for New Zealand too – with a mid-point of $7.60 per kgMS, it would see us contribute more than $11.5 billion to the New Zealand economy.

“We will face into this challenge in the same way we are with others – that’s focusing on what’s in our control and staying on strategy.”

Global dairy prices dipped at the latest auction early on Wednesday, but most of the gains from the previous stellar auction two weeks ago were retained.

How much money did they get from the reduction in Theo's great giveaway scheme? Or was it just written off?

Not exactly bad news when the reason for lower profits is a higher payout per unit of raw dairy to farmers (shareholders).

no it is great news for them really. but what 'surprises' me is that they predict dairy costs are rising. This goes against the whole thing the FED keeps trying to push which is that there is no "inflation" and further, they havent even managed to meet their inflation requirements!!. ssssh. I am sure if countries overprint themselves to make up for their own low productivity, and then tries to buy our milk, in fact dairy prices will rise yes.