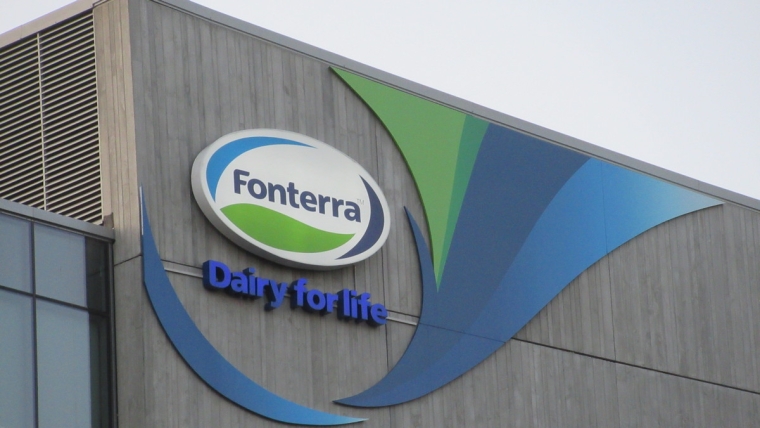 Giant dairy co-operative Fonterra has had its first crack at forecasting a milk price for its farmers next season - and it's a ripper.

As is the new custom the co-op's given a wide range of potential outcomes for the milk price, with the range being $7.25 to $8.75 per kilogram of milk solids.

As expected Fonterra has now also narrowed the forecast range for the current season, which is about to end.

It has narrowed the range to between $7.45 and $7.65. That gives a 'midpoint' of $7.55, which is actually a reduction of 5c on the previous forecast and is now somewhat lower than most economists have been forecasting. The final price probably won't be confirmed till about September, but if it does come in at $7.55, that will be the fourth highest price ever achieved.

However, high prices at the farmgate paradoxically put pressure on the operating earnings of Fonterra (it's major input costs it a lot more). And that's going to be the case again.

The co-op is warning that there will be "significant pressure" on earnings in the final quarter of the year to the end of July.

It is still, however forecasting earnings per share of 25c to 35c for the full year.

In the nine months to the end of April it delivered a 'normalised' after tax profit of $587 million, up 61% on a year ago.

During the third quarter the co-op got rid of the last of its shareholding in Chinese firm Beingmate and completed the sale of Fonterra’s two wholly owned China farming hubs in Ying and Yutian.

However, the sale of its 85% interest in its Hangu farm is proving more problematic, with the originally announced deal in October have now fallen through. Fonterra said it had agreed to sell its interest in the Hangu farm in China to Beijing Sanyuan Venture Capital Co., Ltd. (Sanyuan), for $42 million (RMB 190 million). Sanyuan has a 15% minority shareholding in the farm and exercised their right of first refusal to purchase Fonterra’s interest.

But Fonterra said due to lack of progress in agreeing the specific terms of the sale, the right of first refusal was terminated earlier this month "and Fonterra will now look to open up the sale process to a wider group of prospective buyers".

This is the statement Fonterra issued on Wednesday:

It also narrowed its 2020/21 forecast Farmgate Milk Price range, which reduces the midpoint by 5 cents to $7.55 per kgMS, and reported a strong performance for the nine months ending 30 April 2021. However, it cautions there will be significant pressure on earnings in the last quarter of the year due to the normal seasonal profile of the business combined with tightening margins.

CEO Miles Hurrell says that the improving global economic environment and strong demand for dairy, relative to supply, are sitting behind the Co-op’s $8 midpoint of its 2021/22 forecast Farmgate Milk Price range.

“At this point it would see the Co-op contributing more than $12 billion to the New Zealand economy next season.

“Global demand for dairy, especially New Zealand dairy, is continuing to grow. China is leading the charge as its economy continues to recover strongly. Prompted by COVID-19, people are seeking the health benefits of milk and customers are wanting to secure their supply of New Zealand dairy products and ingredients.

“Based on these supply and demand dynamics, along with where the NZ dollar is sitting relative to the US dollar, we’re expecting whole milk prices to remain at current levels for the near future.

“As we look out over the next 18 months, there are a number of risks, which is why at this early stage we have this large range on our forecast Farmgate Milk Price. Some of the major risks include: COVID 19, which is far from over; the impacts of governments winding back their economic stimulus packages; foreign exchange volatility; changes in the supply and demand patterns that can enter dairy markets when prices are high; and as always, potential impacts of any geopolitical issues around the world.”

Fonterra’s Total Group normalised Earnings Before Interest and Tax (normalised EBIT) was up 18% to $959 million, due to higher margins and reduced operating expenditure.

Hurrell says COVID-19 challenges are still very much part of life for the Co-op’s employees and customers around the world.

“It’s too easy to forget this if you’re sitting here in New Zealand – but today’s results show that despite these challenges we’ve lifted our financial performance. Over the last three months, we have also committed to getting out of coal by 2037 and made some promising progress in a trial using seaweed in cows’ feed to reduce emissions.

“I would like to thank all our employees for delivering another strong set of results and also our farmer owners for their high-quality New Zealand milk and ongoing support. I couldn’t be prouder of how our employees and farmers are working together.

“Greater China continues to be an important performer for us, delivering year-to-date normalised EBIT of $457 million, up 30% or $106 million year-on-year. Foodservice, once again, was the big driver behind this result, contributing $93 million of the growth. In the third quarter, the team continued to improve the strong gross margins we saw in Foodservice at half year by shifting milk into higher value products, for example cream cheese. As a result, the year-to-date margin increased from 21.5% to 28.6%.

“Asia Pacific’s normalised EBIT of $224 million was down 10% or $24 million. While Consumer improved by 29% and Foodservice by 89%, this was offset by Ingredients which was impacted by pricing lags on sales contracts with customers, delaying our ability to pass through the increase in our input costs.

“AMENA’s normalised EBIT of $322 million was down by 11% or $40 million, mainly due to lower Ingredients sales volumes as we continue to make the most of one of our strengths and that is our ability to move milk into higher value products and markets. However, AMENA Consumer and Foodservice continue to perform well, maintaining a year-on-year improvement in gross margins.”

“Fonterra’s operating expenses are down 5% year-to-date but we are planning some additional expenditure in the final quarter to support our brands and product initiatives for next year. Our debt reduction over the last couple of years and lower interest rates have reduced our interest bill by $69 million for the nine months ending 30 April 2021.”

Fonterra is maintaining its normalised earnings guidance of 25-35 cents per share. While year-to-date normalised earnings per share are 34 cents, the Co-op is expecting earnings in the fourth quarter to come under further pressure and is providing guidance that its full year earnings are expected to be more towards the mid-point of the range.

Hurrell says there are some clouds on the horizon when it comes to Fonterra’s earnings performance.

“While overall we’ve seen stronger gross margins so far this year, they’ve narrowed in the third quarter as the increasing raw milk prices have flowed through to our input costs and the pricing lags on sales contracts with customers have delayed our ability to pass through the increase in our input costs.

“As a result, we’re forecasting increased pressure on margins in the fourth quarter. This is compounded by the normal seasonal profile of our business, where we have our ongoing fixed costs but lower volumes of milk being processed and sold. All of this means the fourth quarter will be challenging from an earnings perspective and we expect the margin pressure to continue into the first quarter of the 2022 financial year.”

Back at the start of the 2019 financial year, Fonterra set out its original three-point plan to turn around the business. Part of this involved a strategic review of our assets which led to, among other things, the Co-operative’s decision to sell down its investment in Beingmate Baby & Child Food Company Ltd (Beingmate) and its China farms.

In October 2020, Fonterra announced it had agreed to sell its 85% interest in its Hangu farm in China to Beijing Sanyuan Venture Capital Co., Ltd. (Sanyuan), for $42 million (RMB 190 million*). Sanyuan has a 15% minority shareholding in the farm and exercised their right of first refusal to purchase Fonterra’s interest. Due to lack of progress in agreeing the specific terms of the sale, the right of first refusal was terminated earlier this month and Fonterra will now look to open up the sale process to a wider group of prospective buyers.

Hurrell says the progress that has been made on the portfolio review is allowing Fonterra to really focus on its strategy of growing the value of New Zealand milk by using innovation, sustainability and efficiency to deliver products that customers value.

“It starts with having the best milk in the world – our New Zealand milk – and by having a more focused asset portfolio, it allows us to prioritise more of our resources around it and we can see this coming through in our performance.

* based on an RMB to NZD conversion rate of 4.5

$8 - Great headline number - but there will be disappointment by farmers at the slightly revised down forecast for this season. Every bank economist was predicting a lift from $7.60.
Don't get me wrong still a good outcome but now a feeling of how much was missed. And there is a strong message not to expect too much of a dividend. Been around long enough not to celebrate yet till the money is in my bank.

How are the other processors the corporates set to cope with a $8 kick-off?